Imperishable Night is the 8th game in the main series of Touhou Project. The moon's been replaced by a fake one, and the youkai don't like that, so it's up to the protagonists to get to the bottom of it. The main gameplay gimmick is that each of the three human (and one part-human) playable characters is paired up with a non-human character whom they can shift to by focusing. It also has an unofficial English patch that makes the characters cuss like sailors.

Imperishable Night follows up the previous two games with yet another full unlock code.

On the Score Ranking menu, hold either Shift or Ctrl and press Right five times, Left one time, D two times, and Q three times. If done correctly, you'll hear the 1up sound, and the Extra Stage, all solo characters, and all practice stages and spell cards (including Last Word spell cards) will be unlocked for all characters and difficulty levels. 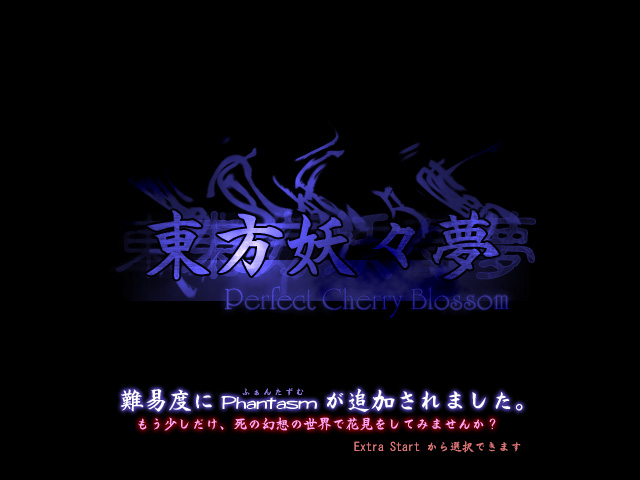 The unlock screen for Perfect Cherry Blossom's Phantasm Stage is left over from the previous game.