Yakuza 0 is the story of two really nice, law-abiding citizens who win UFO catcher prizes for children, race chickens, and possess exceptional karaoke skill. They can also whip off their suits at a moment's notice.

To put it another way: it's a prequel to the rest of the series, set near the end of 1988 and featuring lots of 80s style and cheese. Club Sega, a frequent side location in the series, is appropriately swapped out for Sega Hi-Tech Land and features Fantasy Zone, OutRun, Space Harrier, and Super Hang-On.

Character models stored in /data/chara/w64/adv are used in the Adventure portion of the game. By copying the contents of other folders, it is possible to load other models in the place of existing ones, provided they use the same skeleton type (i.e. Male, Female). 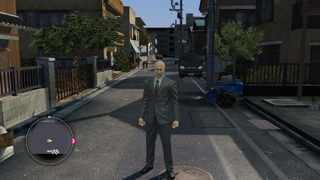 A bald-headed male wearing a suit. 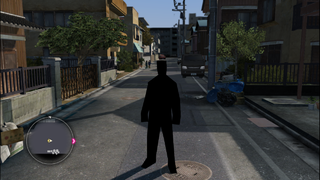 A low-polygon human-like figure, presumably intended for NPCs a great distance away from the player. 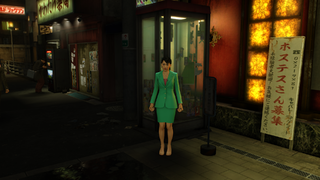 The newscaster who announces the murder of the salaryman at the very start of the game. This is a pre-recorded video, and as such, this model goes unseen in normal gameplay.

A nude test model for the Catfight mini game, that appears to use an earlier face model for Makoto Makimura.

Despite the file name, this is Yuki, not Chika Arimura. Appears to be a placeholder, potentially for a review copy?

Same as c_cm_far_man, but using the female armature.

Two placeholders can be found with the rest of the portraits of the hostesses - one of Kiryu on the cover of the original PS2 release, and another of Hinata Osaki from Yakuza 5.

Karaoke has a little figure in the corner to highlight how well the player is doing; in Yakuza 0, it's a kappa with a CD on its head named "Kara Kappa". Ishin had men in kimonos; which appear in 0, unused. 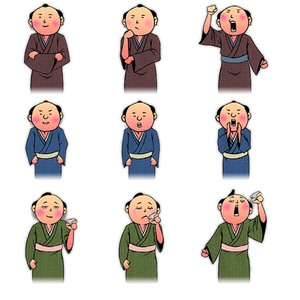 A title card for the song "Samurai Ondo". It does not appear in Yakuza 0 despite being sung by "Goro Majima" (or rather in this case, Okita Soji.) 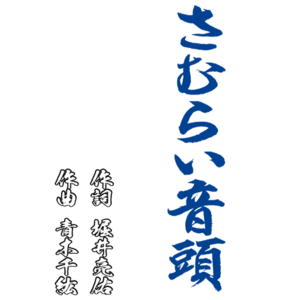 The Japanese PS3 version had exclusive DLC: a key item in the form of a Sony Walkman. The player, at their home base, can choose up to 10 tracks to put on their Walkman to listen to at any time in-game. There are 22 included tracks: 10 classic 80s J-Pop and J-Rock songs from the 1980s, and 12 songs from across the Yakuza series (some of which are licensed songs).

All the DLC materials (including the songs!) are still in the files for the PC version, but the feature has been disabled entirely.

The English releases are missing two licensed songs which play during the intro and the credits sequence, "Bubble" and "Kurenai" by Japanese band Shōnan no Kaze, regardless of the language the game is played in or system locale. These tracks were replaced by original instrumental tracks. 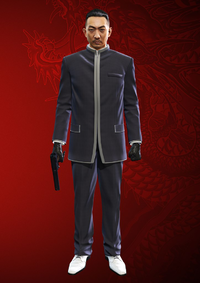 Official render of Lao Gui as he appears in the Chinese version.

In the Chinese version, Lao Gui's model and voice were completely changed, giving him the face and voice of Hong Kong-based actor Sam Lee.