Digimon World 2 abandons the monster-raising simulation of its predecessor to become a rather slow dungeon crawling game. But at least you can now hear the Digimon state their attack like in the TV series... Provided you understand Japanese. 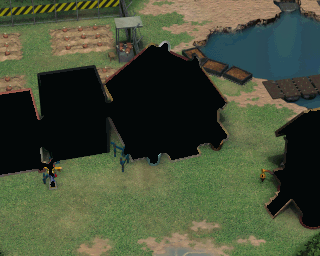 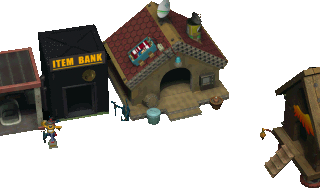 An image of a completed File City (and the overlays for it) from the first game are also present. Whilst File City is in the game, it looks nothing like this. 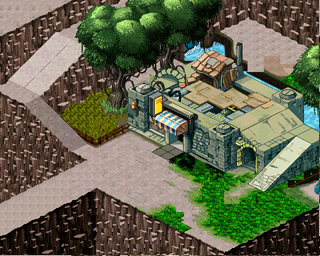 This image can be found only on the US version. It's unknown where it is, but it more closely resembles something from the sequel.

A rainbow image with 256 written on it. Amazingly contains 256 colors and happens to be 256 pixels tall! Who would have guessed.

There are two unused domains.

The first is a near-identical copy of the Modem Domain boss level. The main difference is that Greymon has additional text not seen in the regular version of the level:

The second is a test level, containing basic enemies and certain obstacles.

Present in P.DRV. These programs seem to be used in Digimon Digital Card Battle.