Five Nights at Freddy's 4 is the fourth game in the series. Instead of taking place in a pizzeria like the other games, FNAF 4 takes place in a regular suburban house, where a young child has to fend off nightmarish versions of the animatronics using only a flashlight. 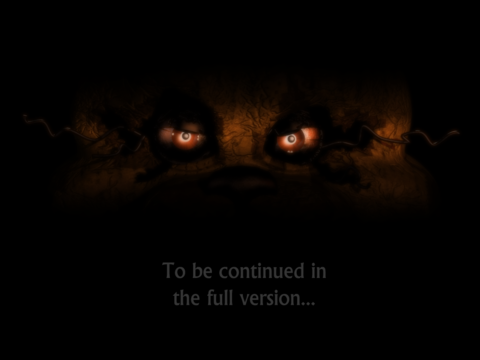 As with the previous entries in the series, the full game contains some leftovers from the demo.

An animation, presumably intended for the unlockable stars on the main menu.

Some unused text that says "Chapter". It might have been designed for the minigames, since this text doesn't match any of the fonts seen in-game. Strangely, this font resurfaced again in FNAF World.

Released on July 27, 2015. Increases the volume of the breathing noises heard in the two hallways.

It should be noted that there was an earlier patch called 1.01, released on the same day, that had an attempt at fixing the game in fullscreen. This was reverted due to further bugs brought on by the fix, though.

Released on October 30, 2015 (Scott "isn't good with release dates"). Two versions of this update were released.

The canon update features a few new challenge modes and cheats, and the minigame Fun with Balloon Boy, which is exactly the same as Fun with Plushtrap.