Take the 3D-platformer experience from the first N64 game, and the PS2 game, with improved controls. Tack on useless touch screen controls and sumi-e graphics, and you get this nice DS Goemon game. To this date, this is the last Goemon title to be released - after the miserable attempt to retool the series into a XTREME DBZ ripoff, this entry is a return to form. 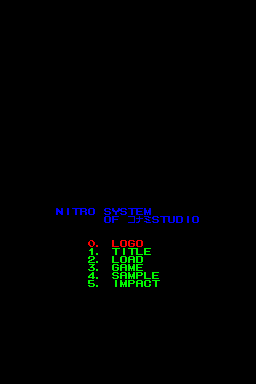 Use the following Action Replay code to activate a functional debug screen. You can navigate it with the D-Pad, and confirm options with the A button.

Similar to Super Mario 64, this game has a screen where you can drag a 3D Goemon's chins, though the feature is inaccessible during normal play. A certain value (?) needs to be changed from the Debug menu from 07 to 08, so that the textures will be loaded, or else you'll just have the model. You can see a working example of this face in this YouTube video.