Bouken Jidai Katsugeki Goemon is probably best known for the fact that Working Designs tried to localize it in 2005. Aside from that, it was another offering during the period when Konami was restructuring and trying (apparently) to rebrand the franchise. They would try again one final time after this game with the Future Goemon series on PSX and GBA.

A decent-sized debug menu remains in this game. Unfortunately, not a lot of options work anymore. It can be activated with the code below. 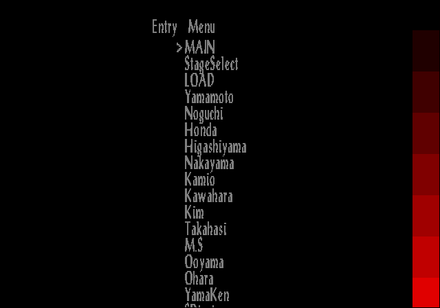 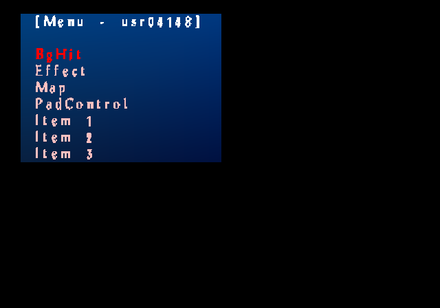 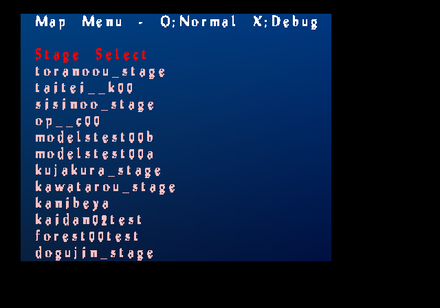 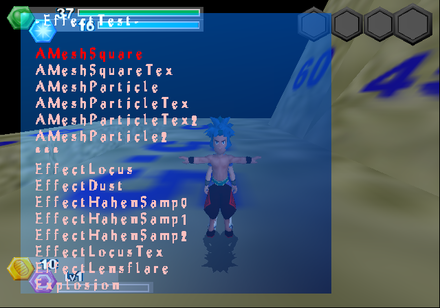 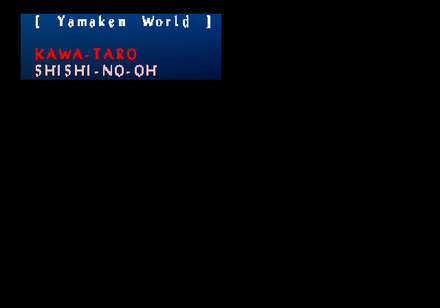 Selecting the first option crashes the game. The second option sends you back to the main debug menu. 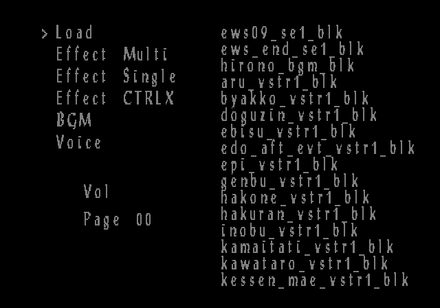 This menu allows you to play all the music, sounds, and voices in the game. You will need to find and load each bank in order for certain music and sounds to play using the Load option since this game uses sequenced music.

Various test and unused maps can be entered via Kawahara > Map.

A black void of nothing. 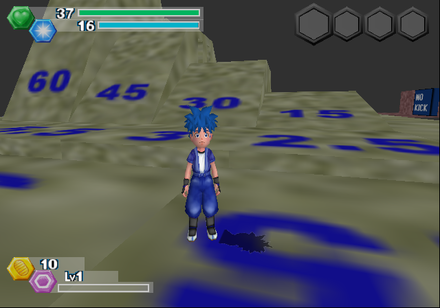 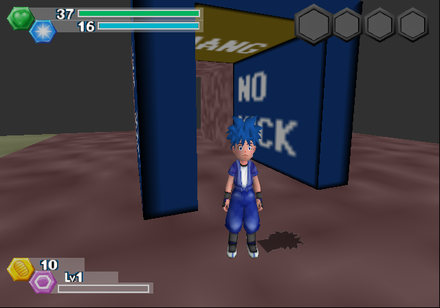 The same test map as the Higayashima option from the main debug menu.

Probably sends you to a forest test map, however you spawn really far off from the map and fall in an endless loop. 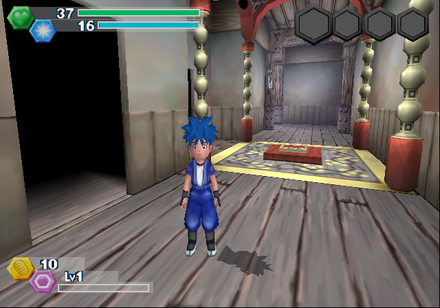 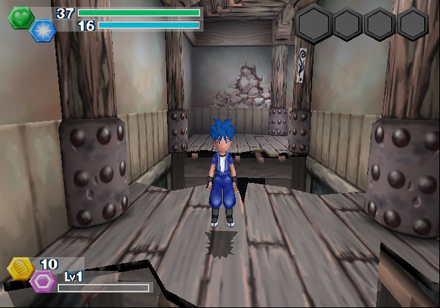 This appears to be a dungeon test area. You cannot fall out of bounds here. There are also no exits. 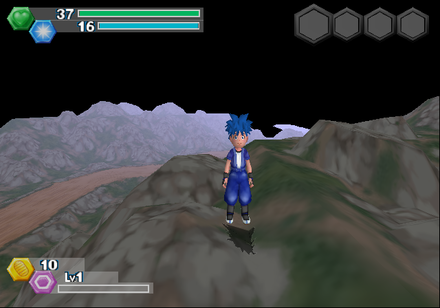 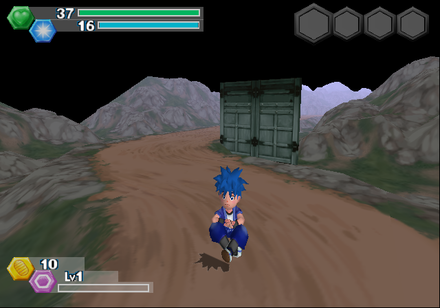 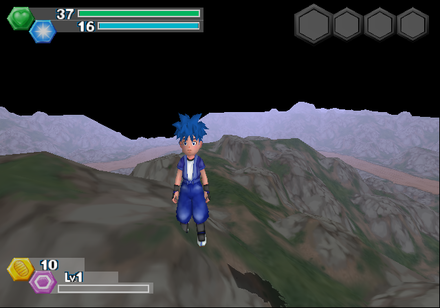 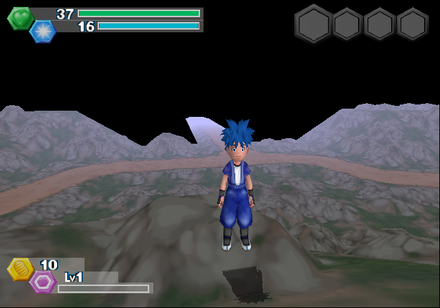 Upon entering here there will be some sound effects playing of what sounds to be sword swinging. There is also a random door here that leads nowhere and a very long road that appears to be endless.