The second game in the Goemon series released for the N64 and the last Goemon game to get an international release. 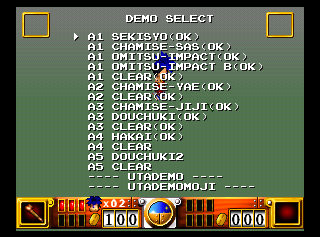 A debug menu that allows you to view various story-related cutscenes can be enabled in this game. You can also fight Impact boss battles using this menu.

With the above code on, enter any town map and pause the game. The menu doesn't draw correctly if there is geometry in the background so it is advised to use the levitate code below, get far into the sky then pause the game. To move in this menu press Up / Down on the analog stick then press A button over your selection.

Several unused areas remain in this game. A majority of them take place in a test area of Lost'n Road. Apply the GameShark code below then press and hold R+A buttons while on the overworld to enter a map of your choice. The values for each unused area will be in their respective section. 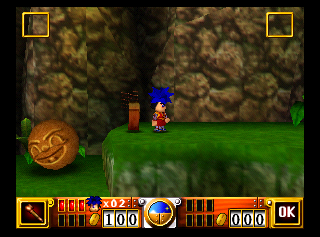 This version has no enemies or exits anywhere. There is an odd glitched torch of some sort here. If you attack it it will play a SFX as well as display a glitched fire texture. 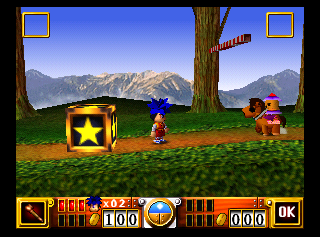 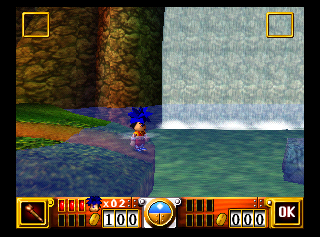 A big star block is placed at the start of the level. The water is slightly above ground level as well.

Value: 03
Internal Name: 1 EDO
This map contains nothing of interest. It is missing all of its textures for water and objects. There is no enemies here. You will also need the levitate code in the Debug Menu section in order to explore this map. 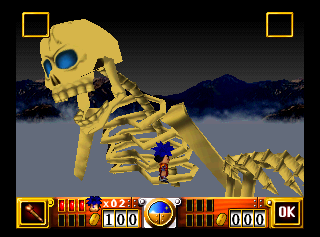 This map contains an alternate unused boss fight. It is also missing the bridge textures. 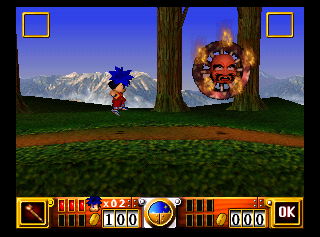 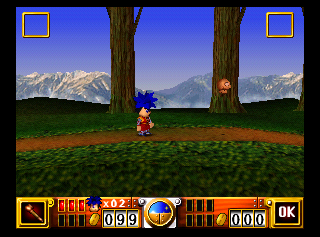 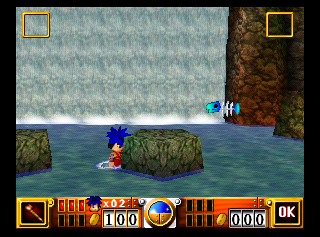 This map contains several enemies that are not normally suppose to be in this map. 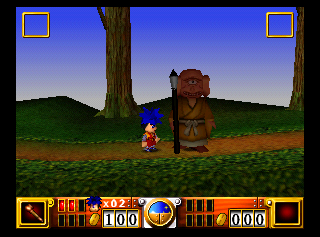 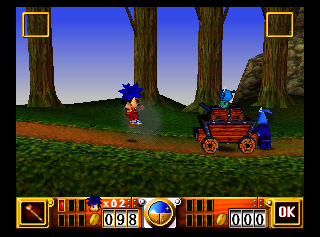 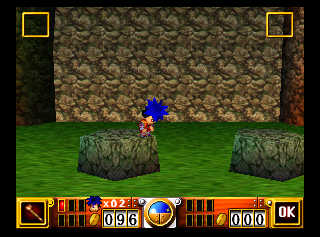 Another variation of the above map with different enemies. It also contains a clear sky and has no water.

Value: 07
Internal Name: 1-1 SHI (2)
Upon entering this map you will be rewarded with an unused gate pass. The Japanese version of the game has a different level, it contains a teleporter and 2 enemies.

Value: 09
Internal Name: 1-3 EDO
This map has nothing of interest in it. It's missing water textures and a proper sky. There is no enemies. 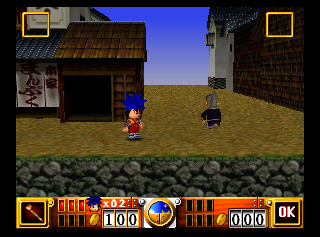 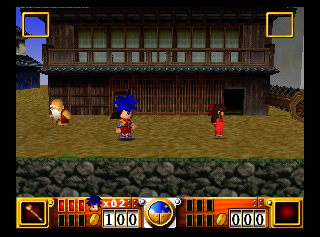 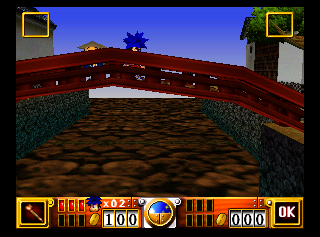 An unused Edo town map. Talking to anyone here will crash the game. It also has missing water and door textures. 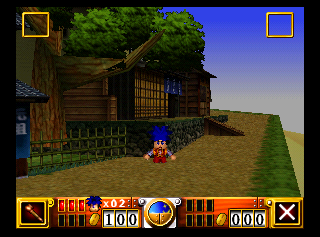 An unused town map. You can freely move anywhere here but you will eventually fall out of bounds. It's likely that this was used in a cutscene. 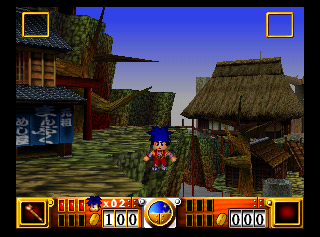 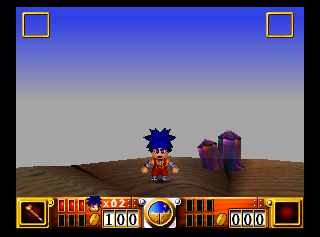 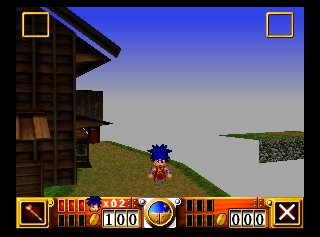 Value: 0A
Internal Name: CASTLE 1-1
The map is an unused version of the first castle you visit. There isn't too much different here other than there being no enemies and is missing its regular background sky.

Value: 0B
Internal Name: GON TEST3
A map where you simply fall to your death. It has the background like Lost'n Road. 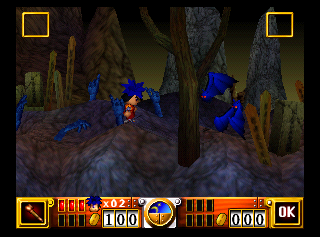 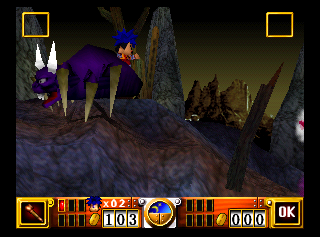 Appears to be an alternate unused version of one of the Mafu Island levels. There is also no exits in this map.

The North American and European title logos are very different from each other, though use the same font. Europe's design is closer to the original Japanese, as seen below.