Megpoid the Music♯ is a rather mediocre rhythm game featuring (shortened) songs by Megpoid GUMI, with an uneven difficulty curve and other miscellaneous bugs that makes the original PSP Project DIVA game look better in comparison. Also, Ten-Faced. 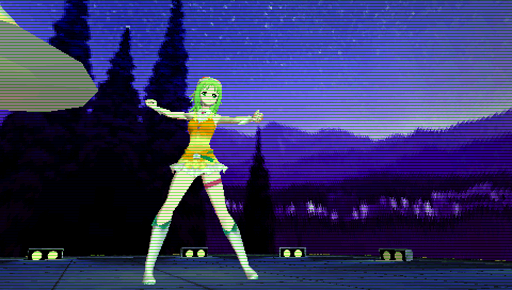 There is an unused stage in the game, though there's no way to view it yet like the test model, but this texture is present with its textures, and it's a screenshot of Gumi at the stage with a much better quality model. Either the game made some changes during development, planned to be on a different console, or a planned but cancelled sequel that started development before this game was released. It also looks like it was taken with a digital camera. It could be a placeholder for something at the stage.

Test graphics probably used for testing purposes. There's another graphic like this that is used, but has different graphics.

A bar used for most likely testing sprites. 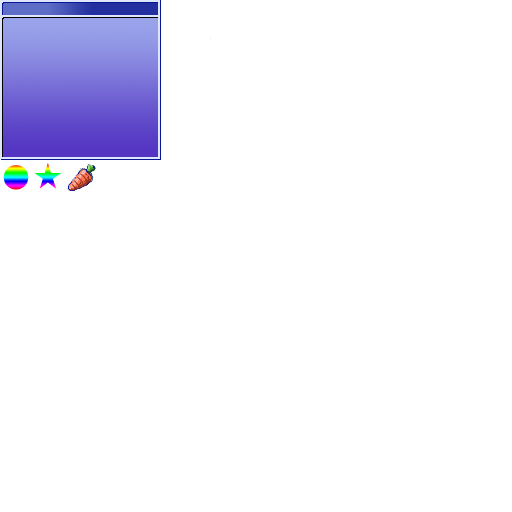 The same graphic as above, but larger and better quality.

This graphic called "WHEEL" is seen in several directories in the UI directory. "Select" is also misspelled, as it fully says "Menu Serect". 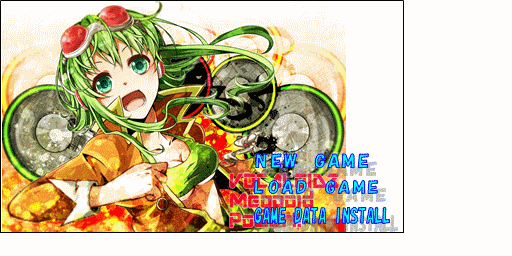 An early title screen that uses an actual artwork of Gumi, instead of the rather plain orange background in the final.

Crudely drawn text that says "Gameplay". This is seen in several directories in UI directory. 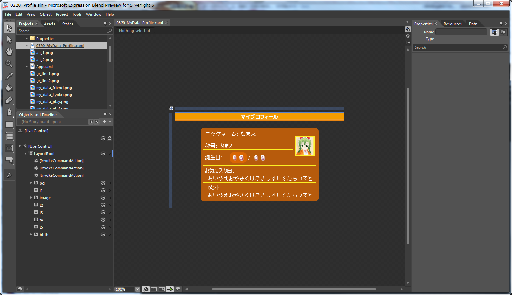 An image of a screenshot of the profile cards in development in Photoshop(?), taken by one of the developers.

An image of the game in debug mode. It uses the placeholder "Music" graphic. It seems to be a debug menu of the song select, or also an early song select.

In DATA/OBJECTS/OBJ_MIGU_A00, there's a test model named "TEST.BMD" (not to be confused with GameCube's bmd format), but there's no way to view it. However, it may be the Gumi seen in the debug menu screenshot because its textures are the same as them, like the crown and the pink dress.

While this sound may be used somewhere, it's basically empty.

Gumi saying a lot "うーーーん" (Uuuun). It sounds like it was used for losing a song, or something for Gumi Room.

Gumi saying "いってらっしゃい" (See you later). The creators seem to like using Gumi a lot for tests.

In DATA/MOTIONS, the directory for facial animations is spelled incorrectly, adding an extra "I", making it "FAICIAL". It could have just been misspelled during development.

For some reason, if DATA.ZIP or STATIC.ZIP is modified in any way, except renaming directories, the game will crash at the ParaPhray logo.