Spider-Man: Web of Fire was the last game released for the ill-fated 32X. It's also considered to be the most expensive 32X game, but not for good reasons since it's riddled with terrible controls and music. 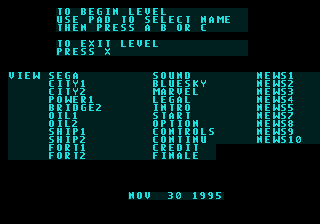 While in a level, press X for the stage select/scene viewer menu (which also contains a compile date). 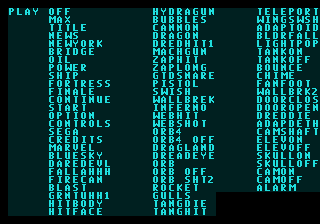 From this menu, select "Sound" for the sound test. 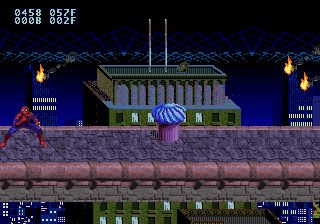 Press Y for a coordinate display, or Z for maxed power and lives.

Present at 0x17FF0 in the ROM is another build date.