One unused battle arena map can be seen here. There is nothing you can interact with on this map. It also does not have a map display. It only contains a mini map at the top left. There is also no internal map name. 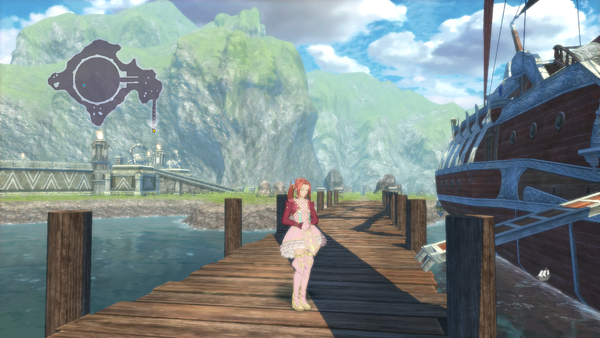 A total of ten unused maps appear in this section. You cannot interact with any warp point. These maps are mostly copies of the final versions. The only notable difference is that there is no mirrors or enemies here, instead you see blue dotted lines where the mirrors would appear in their respective final maps. Internal map names for this section are MAP_EX1_D00 - MAP_EX1_D10. The used versions are labeled as MAP_EX2_D00 - MAP_EX2_D95 internally. 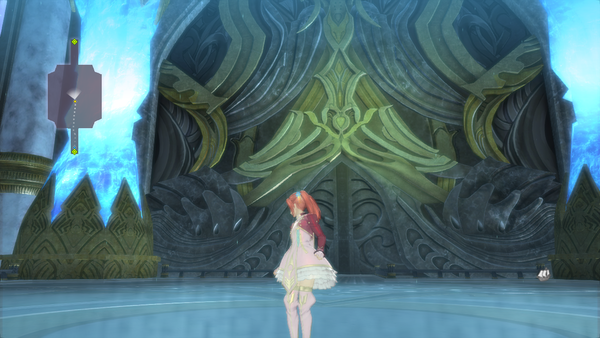 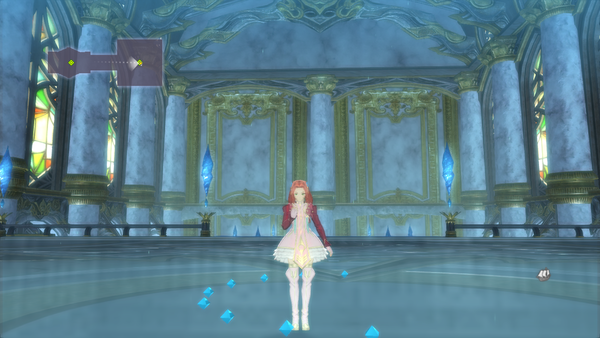 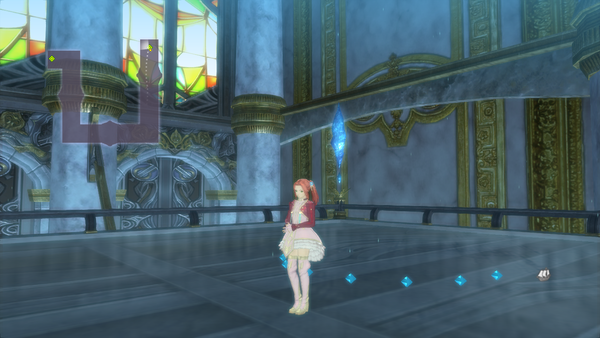 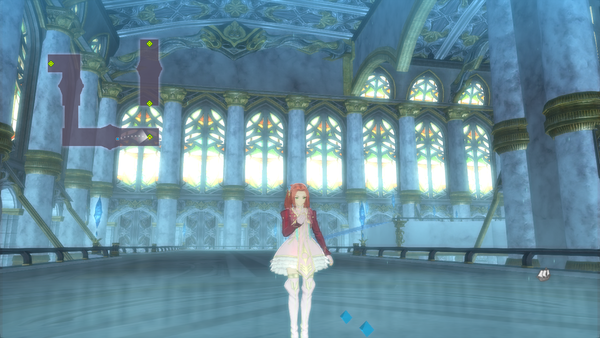 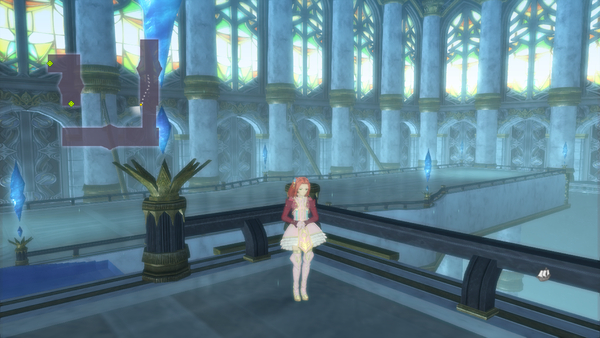 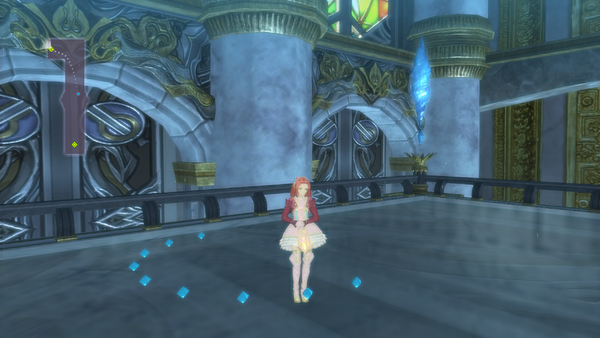 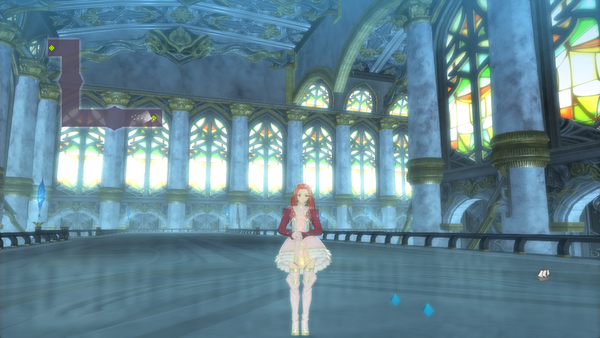 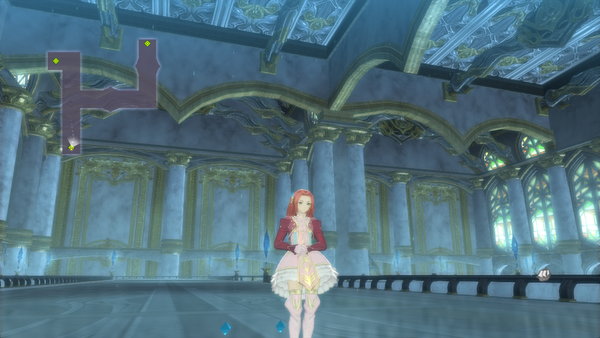 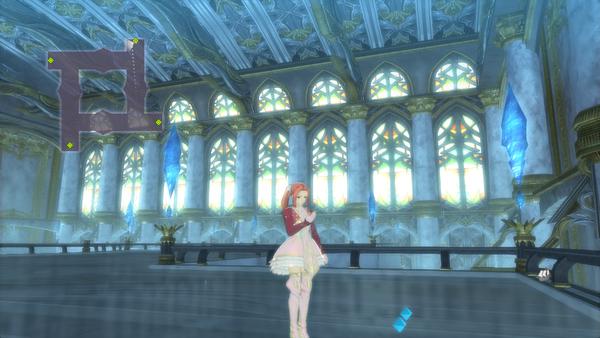 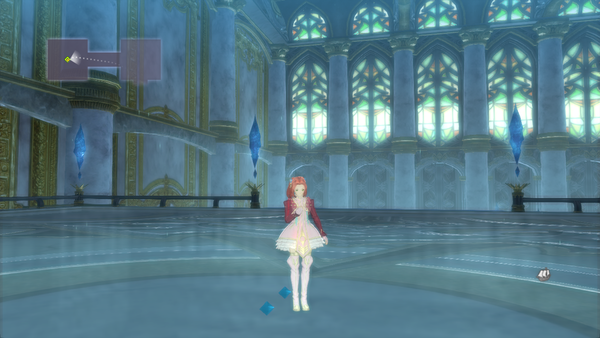 Two unused board game maps. They both appear to be identical. You cannot interact with anything in this map. No timers are displayed either. 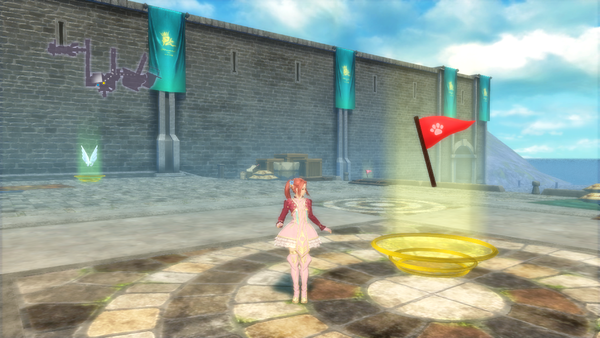 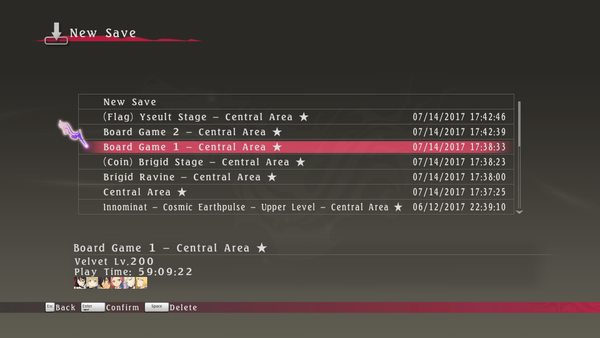 An unused mini game titled: TEIKOI Game. It is unclear what this would have been. It is a blank map when loaded. 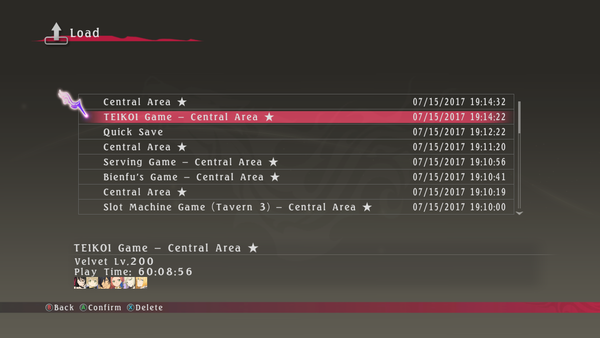 An unused battle arena map. However, this map is labeled as a mini game map. You cannot return to the Van Eltia in this map, nor can you interact with anything. 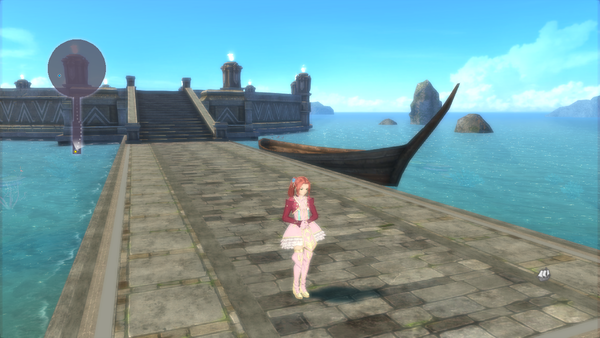 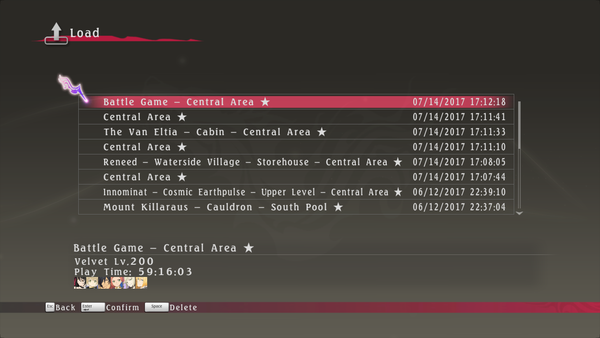 There is a total of 18 blank test maps. These maps are all blank and you can no longer move in these maps. Some of these maps have map icon data in them. All of these maps also contain Velvet's prologue Prickelboar dialog when entering. 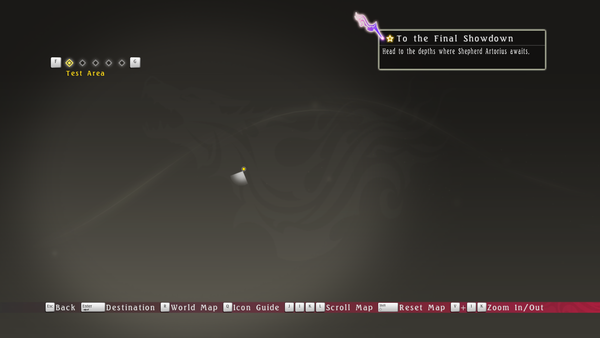 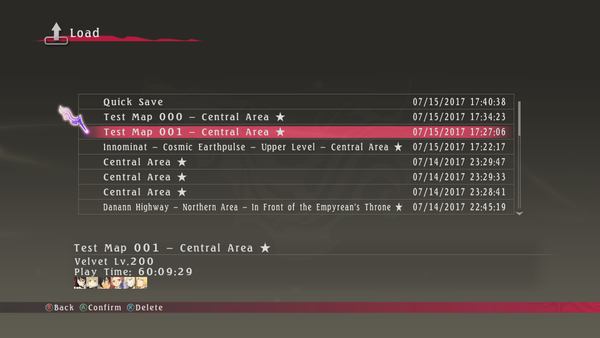 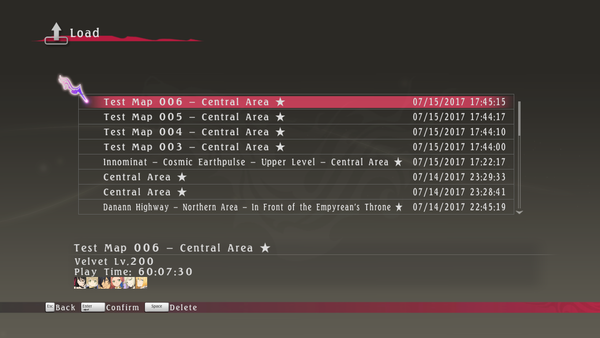 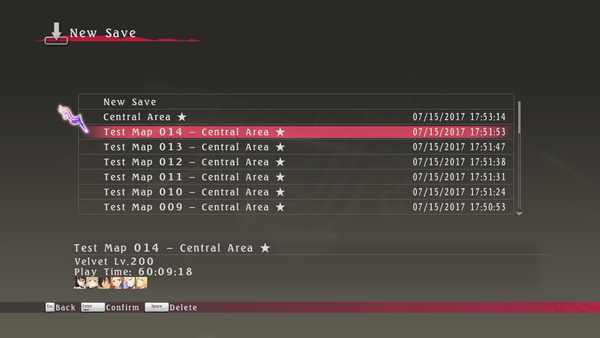 This map appears to contain icons for warp points and a mini game. 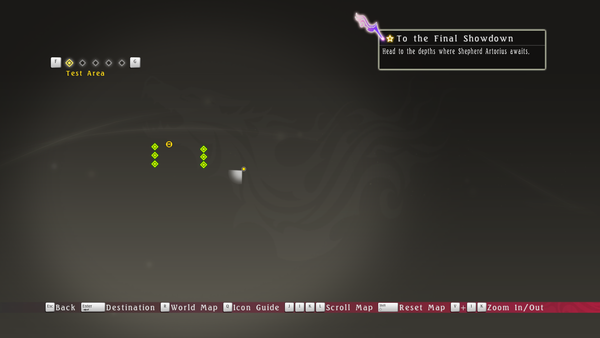 This map appears to contain a icon for a mini game. 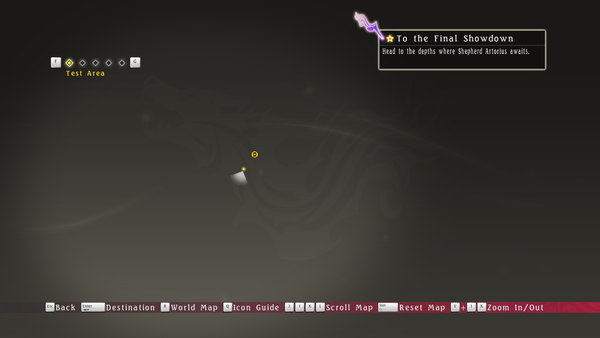 This map has the Van Eltia icon, a weapon shop icon, and a inn icon. 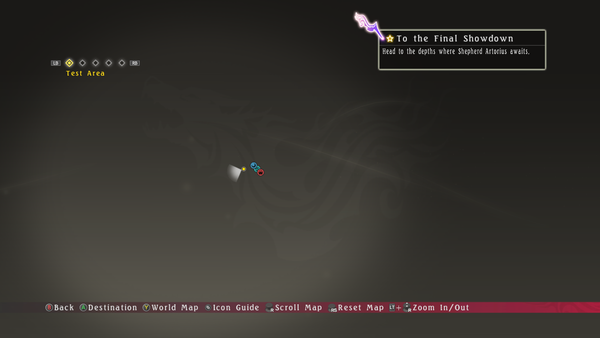 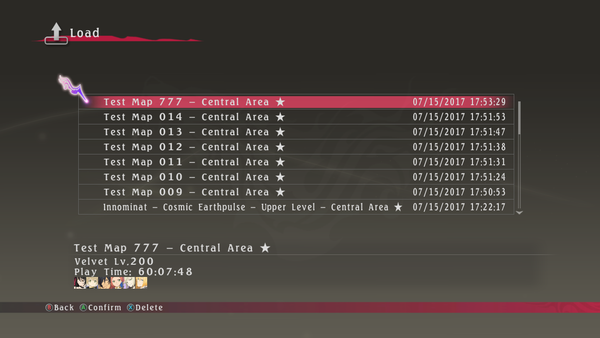 A blank test map that the player can stand on. This map is defaulted when you exit a area that has no map link. Its internal file name is below. It has no mini map data. 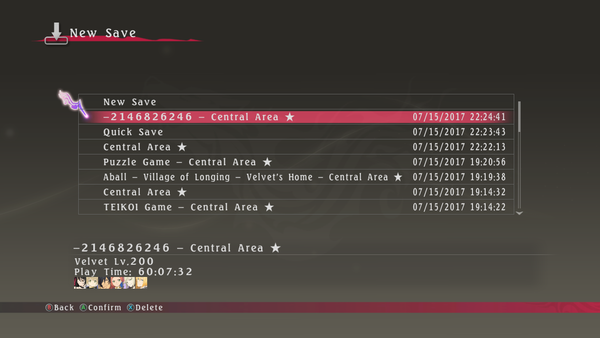 A blank map. Presumably, somewhere there is a small tile the player might be able to stand on. It's unclear what this could be as there is no data in this map, nor internal file name.

A blank map. Presumably, somewhere there is a small tile the player might be able to stand on. It's unclear what this could be as there is no data in this map, nor internal file name.

An unused Earthpulse map. You cannot use any of the warp points here. 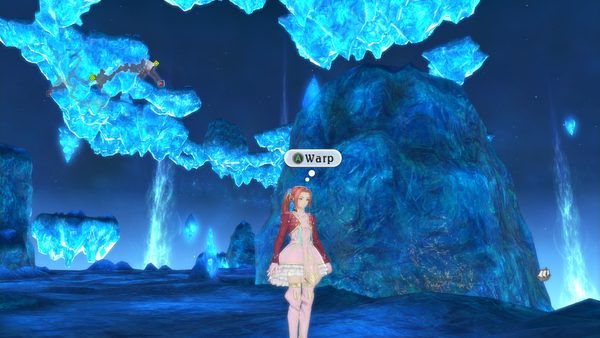 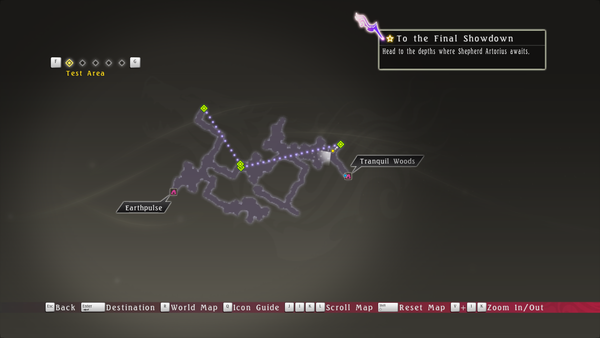 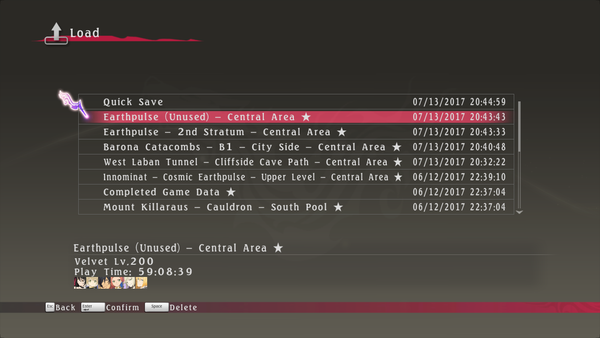