The Lion King Activity Center features several mini games to play, as well as grainy clips to watch from the original movie.

In the game, Zazu's "welcome" speech is overlaid on the background music. However, three additional recordings can be found in the sounds folder.

Two of these are the same as the final, just without the accompanying music. One has a longer pause before telling you to click on Simba's paw print, but is otherwise identical to this one.

The other is a much earlier recording, and has an extension of .WA1 instead of the usual WAV that the other recordings have. Here, Zazu assumes that you already know who he is. 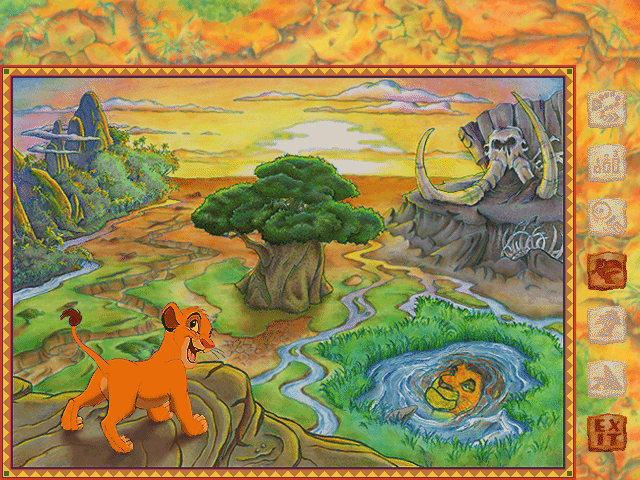 A placeholder for the main map of the Pride Lands has been left in the BACKGND folder, right next to the finalised version. This early version uses a screenshot of Simba from the movie and the rest of the hub, including game icons, have been completely redrawn for the final.

Inside the Magic Pool folders are temporary icons for the movies. They're very similar to the final versions.

An earlier version of the configuration settings for the Spelling Game can be found in the folder. It is largely the same as the final, but some lines have been modified:

Inside the game's main directory is a file entitled 'DELSELF', which seems to be for deleting directory files. In addition to this, a shortcut to the same file is right next to it. 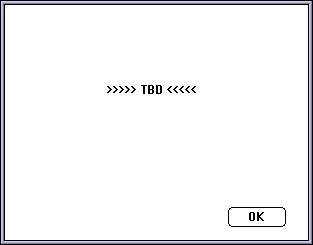 The Mac application's resource fork includes the same unfinished "About" dialog found in The Adventures of Batman & Robin Activity Center.