Harry Potter and the Chamber of Secrets (PlayStation 2)

What do we get from two Harry Potter games made by two different studios with the same resources? The same things, but in this case, it won't be as good.

Even if the PS2 version is not up to the level of the Xbox and GameCube versions of the game, it was able to bring advantages that the others didn't have, and the PS2 version would later become the most recognizable version. But at least we can still assault people with Flipendo, because everyone likes violence!

The well known Dark Lord should have appeared at the beginning of the development when the project was on HP1, before it changed for the second one, making this model with other, unused or even deleted from the game. 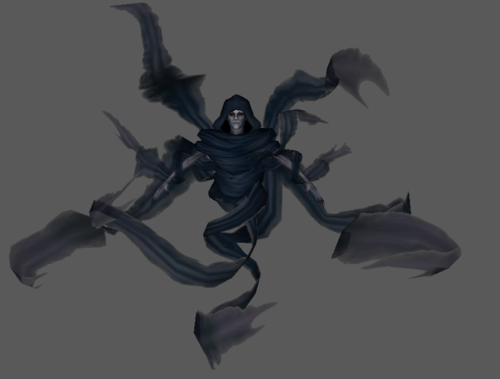 The Herbology teacher would have taught things in this game as in the original work. The intact model was reused in the remake of the first game and is also left unused in the GameCube and Xbox version of the game with minor texturing and modeling differences. 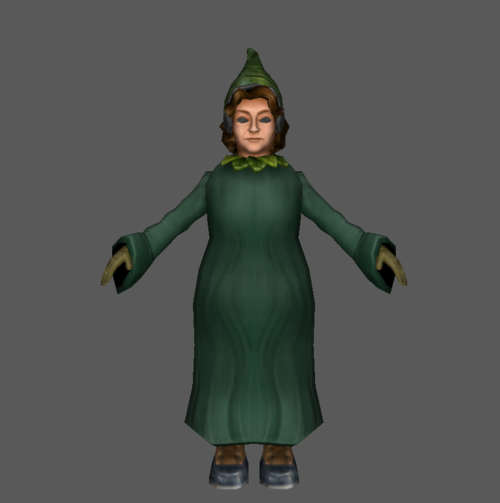 The Old Hag is an witch living in Knockturn Alley who occasionally eats children. She has some animations and a few lines, she was probably forgotten after Knockturn Alley was removed from the game. the Gamecube and Xbox version has exactly the same unused model. 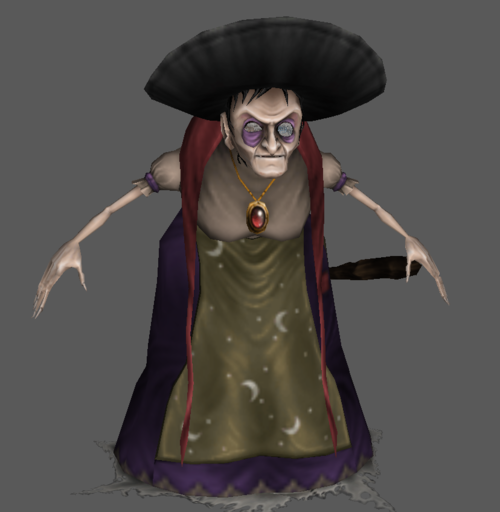 This rabbit would have been the result of a transformation of the Lapifors spell, which works like Avifors aside from creating a classy white rabbit. It can also be found in the GameCube and Xbox version under a quite different model. 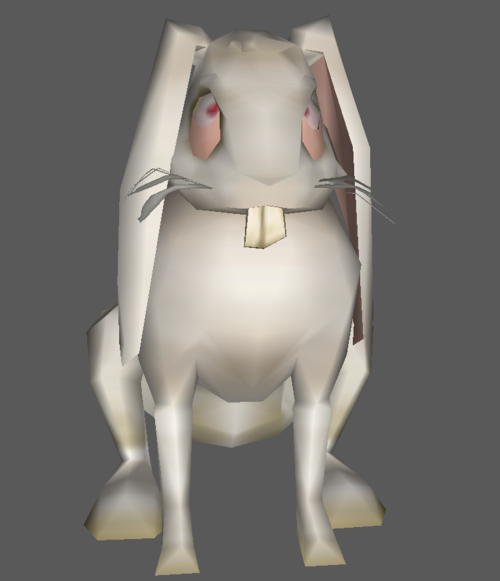 Harry and his friends already wear Hogwarts robes before even getting there in the PlayStation 2 version, whereas on GameCube and Xbox only Harry always has it. This model is seen in the PS1 version during the storybook sequences. 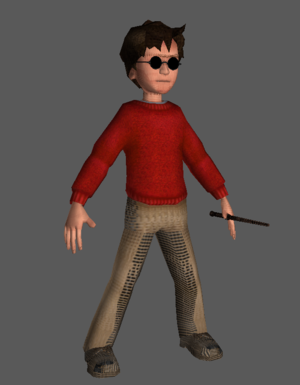 This model is called "modelnotfound" and is probably used as a fallback if a model is either missing or fails to load. The model in question is just some untextured polygons. 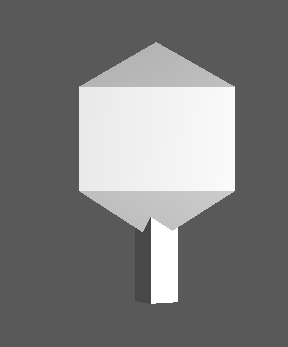 The Dungbombs could have been used, but were abandoned as the Stink Pellet is easier to use and unlike the Xbox and Gamecube version, it can be fitted to the buttons without necessarily being functional. The model was recycled for the remake of the first game. 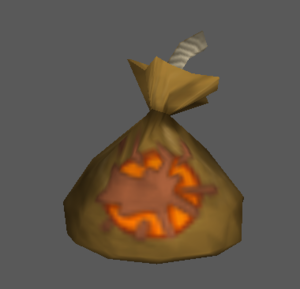 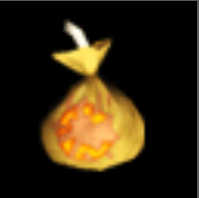 The game also has a very early version meant to be used for the inventory, the form was also quite different. 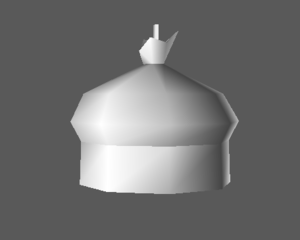 A very different button: red and with the old symbol of the previous versions. 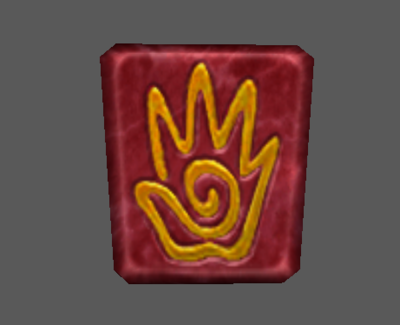 A large lock that is supposed to be installed on doors that can be unlocked with the respective spell. It became reused in the remake of Sorcerer's Stone. 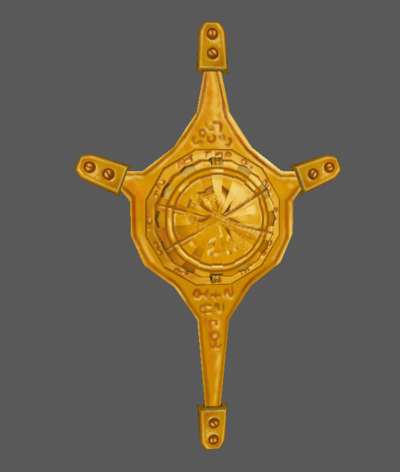 The game contains a much different and brighter title screen, two loading screens and a scrapped controller option graphic than the used version.
The title screen has artwork of Harry and a gnome whose head is used in the Gamecube and Xbox version. The screen has the note "Burrow Focus Test Level", presumably referring to a level or something else, and "EA confidential" showing that it is from an early prototype.

There are two title screens, one identical to the other, one with a bar and the current game logo.
The controls screen has the specification "In the case of the demo, the only spell is Flipendo", this must be from a private prototype where the other spells were not yet implemented, either as a demo for beta testers or for the playable demo at E3 2002. 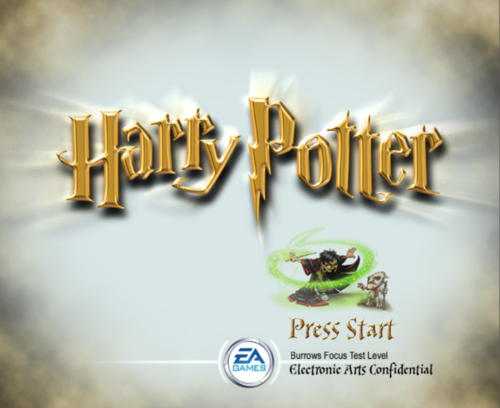 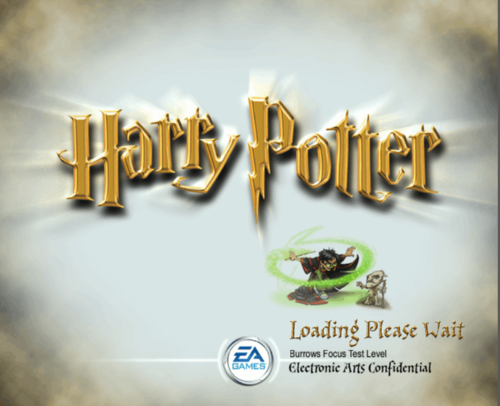 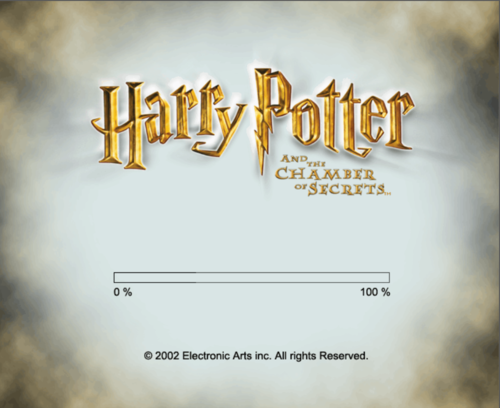 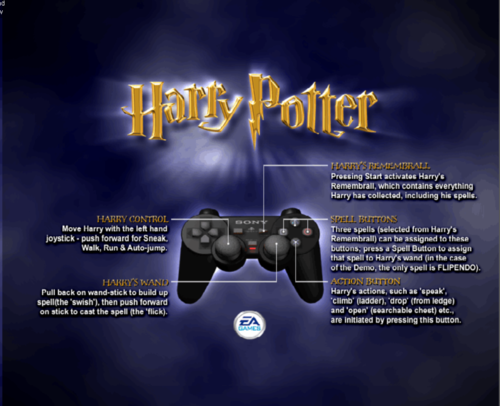 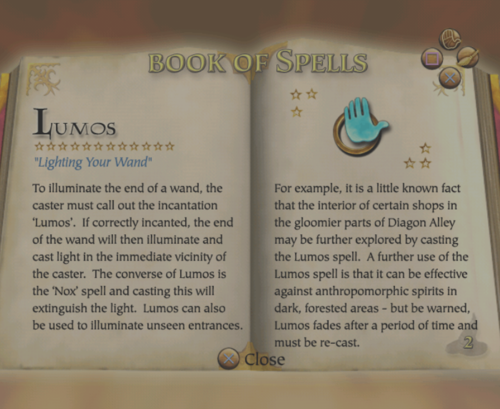 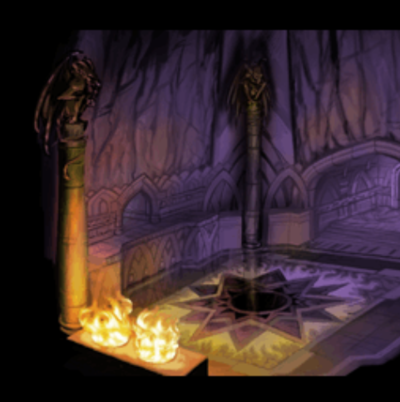 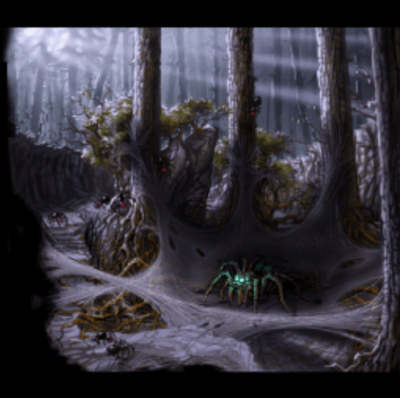 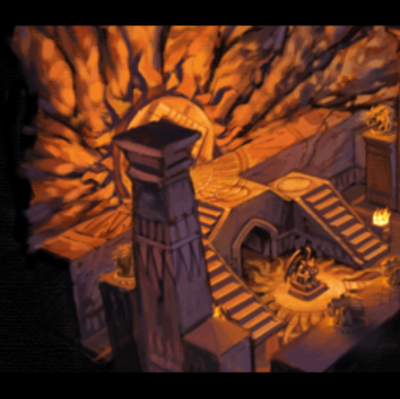 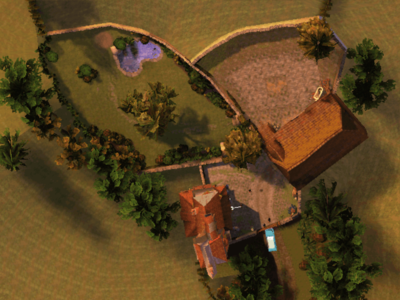 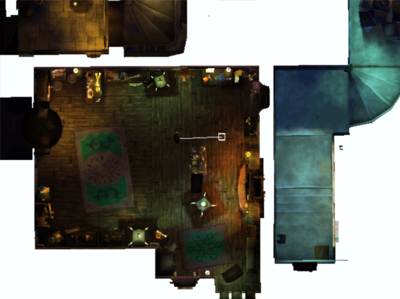 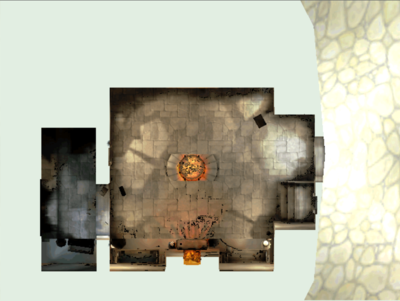 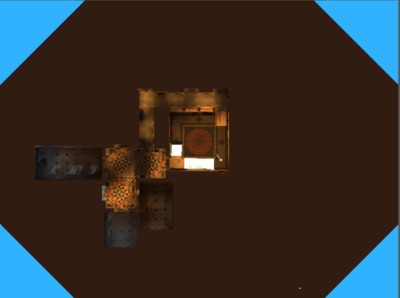 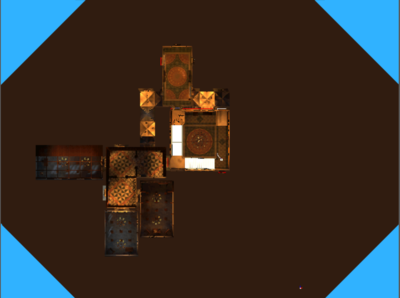 Some "test animation" files in .TGA format exist in the game. This image depicts Uma Thurman from the 1998 film The Avengers, occasionally poorly edited with different colors.

The PC and PS1 versions of Chamber of Secrets have an introduction sequence before Harry's arrival at the Burrow, though the console releases were also meant to have it. This dialogue can be found in the Gamecube and Xbox version of the game, completely identical. Note that the line "There is a plot to make most terrible things happen." was already an unused line in the PC version.

The second Defence Against the Dart Art class