The game normally uses BNSF files inside nus3bank files, but in the game's executable there's a lot more supported audio files...though not all of them work. Most of them haven't been tested yet, but it's unknown if some of them can even be tested.

XMA and XMA2 seem odd, since there were no Taiko no Tatsujin games released on an Xbox console.

Left in the game's code is "genreNo":4, the Children/Folk genre in the Arcade version of Taiko no Tatsujin. When setting a song to Genre ID 4 it works but some graphics are missing.
Here is how the unused Genre appears in Song Select and In-Game 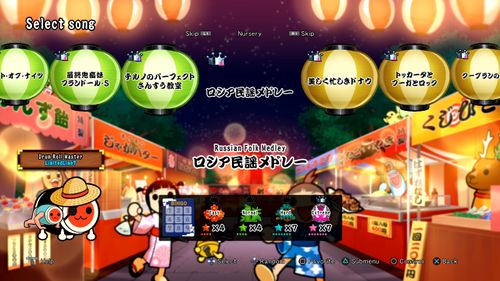 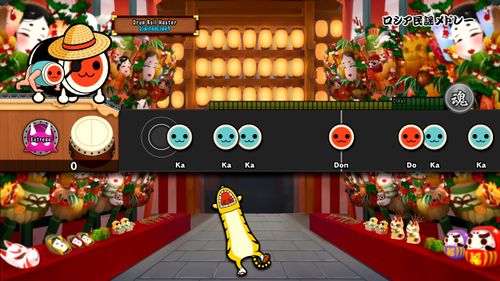 Taiko no Tatsujin: Drum Session has a lot of seemingly beta graphics, likely early attempts for the redesign the game took on compared to the rest of the game, as well as a few screenshots of early/dev builds of the game. 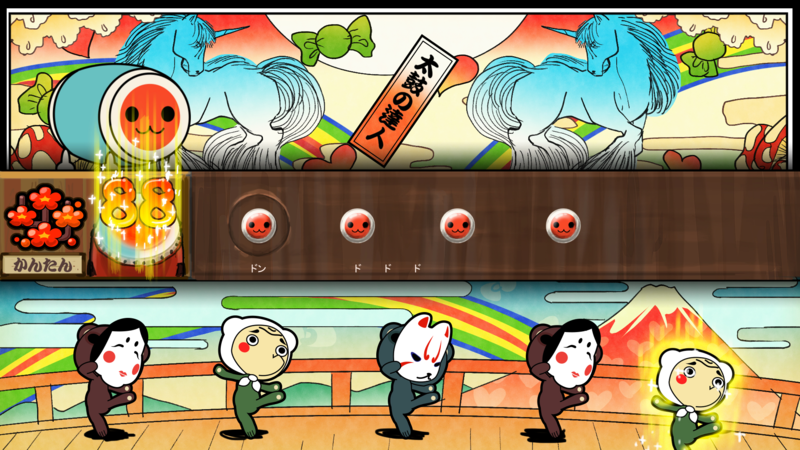 This screenshot was likely a placeholder or screenshot from early development. The backgrounds, dancers, and Don are borrowed from Taiko no Tatsujin: Atsumete★Tomodachi Daisakusen!, though the notes and lane are unique. 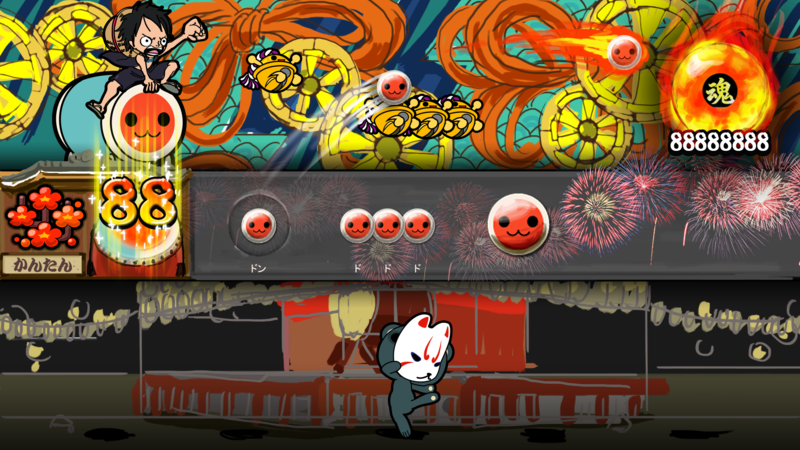 This screenshot is also likely an in-development screenshot, however it's likely from a farther in development build. Notably, the lane is different, and the backgrounds have been redrawn. The Tamashii gauge is also much different, being seemingly a ball of fire that the notes fly into once you hit them, opposed to the traditional bar that's found in the final game, and all other installations of Taiko no Tatsujin. Don-Chan is also a 3D model here, opposed to the texture from the earlier screenshot, and has a Luffy ornament on his head, something not in the final game.

Leftover graphics for the menu in Taiko no Tatsujin: Atsumete★Tomodachi Daisakusen!. The file name for this, as well as the accompanying background image in the files of the game are the exact same as the final menu buttons and background, meaning these were likely used very early in development. 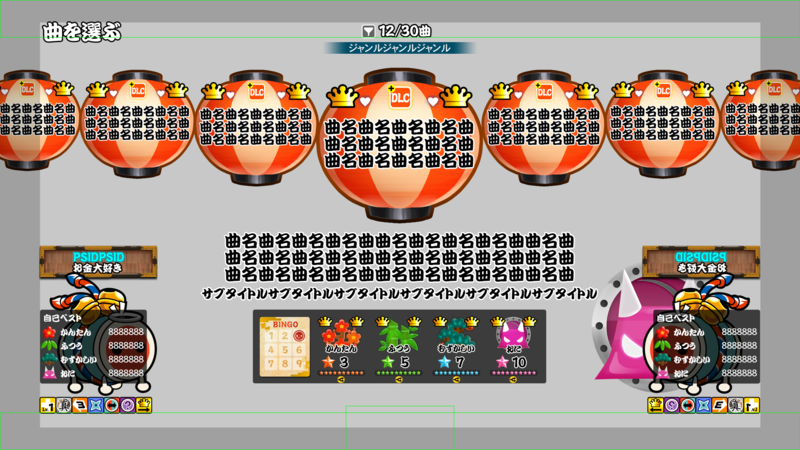 Interestingly, in the image used to store the special collaboration characters like Hello Kitty and Heihachi, a screenshot from presumably a dev build of the game can be found at the top. The song title translates to "songtitle", the subtitle "subtitle", and the genre "genre", fittingly. 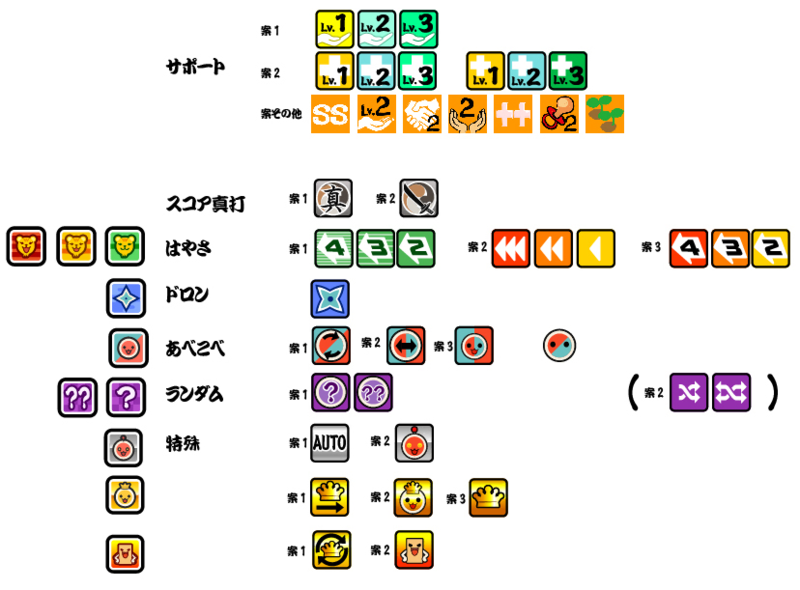 This is seemingly a chart of different icons they wanted to test. Of note are the rudimentary support icons.

There are various stylizations of the lane and notes within the files, as shown above (as well as some extra effects present within the same textures). From top to bottom, the lanes (and more specifically, the styling of the notes) roughly translate to such:

Outside of all the folders in the ORBIS directory, there's a file called TestBin.bin with only 16 bytes. This is still in the Switch version, albeit in the NX directory instead.