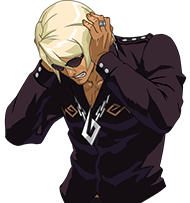 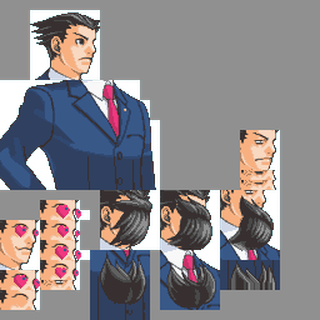 Stored among the rest of flashback Wright's sprites are some unedited sprites from the original game. These sprites were likely left out of the remastering process because they would've had no use in this game; the sprites on the right of the sheet were used in the first game's episode 1, The First Turnabout, when Sahwit threw his toupée, and the heart-eyed sprites were unused in the original game.

A sprite for Wright in his despair pose. Like his other unused sprites, this sprite hasn't been touched up and is the same as it was in the original game.

Present on Romein LeTouse's dying sprites is Japanese text that translates to LeTouse 1.625 times. As the note implies, these remastered sprites are at a 1.625 scale from their original, DS version.

Two thumbnails that depict places from the first game's episode 5, Rise from the Ashes. These existed back in the original DS release of the game as well. 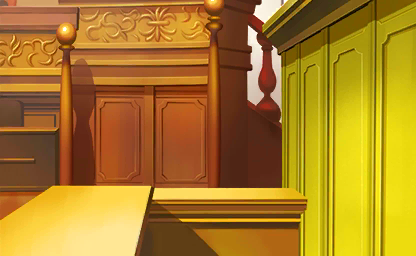 A background drawing of where the defense's co-consel would stand in the 2019 courtroom variant. Because Phoenix Wright has no co-counsel in Turnabout Succession, this background is never used.

Almost every full-screen piece of art in this game still has its original DS version present. This includes (but isn't limited to) area drawings, evidence pictures, and some cutscene images.

Two choice bubbles that read dummy are present among Turnabout Corner's graphics. The Japanese versions of this graphic translate to Have the accused testify and Don't let the accused testify. In the final game, the player is given no such choice.

Small labels that, in order, read Move, Examine, Present, Talk, Luminol, Matching, and Video. In early versions of the Ace Attorney DS port, the current game mode would be shown at the top left corner of the bottom screen. In the final build, this feature was cut, but the graphics for it still remained. These sprites still remain in this port, untouched from their DS days.

For some strange reason, a variety of dummy and placeholder images are present in the game's files. Many of these are from Ace Attorney Trilogy, which is what this remaster was based on, but a few new ones are present. 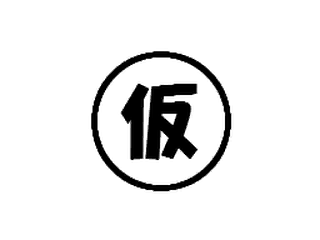 Two pieces of music from the original DS release of the game are still present.