The Phoenix Wright: Ace Attorney Trilogy from 2019 is mostly the same as the 2014 3DS release, but shinier!

As the filename suggests, credit_test is an earlier version of the Trilogy Credits theme (mayoi_short_inst).

mayoi_short_inst_long is an extended version of the Trilogy Credits theme, longer by about a minute. The used version ends around the 1:28 mark.

Additionally, the old crowd sound and BGM094 from the previous release are still here 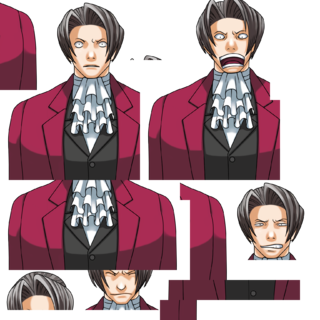 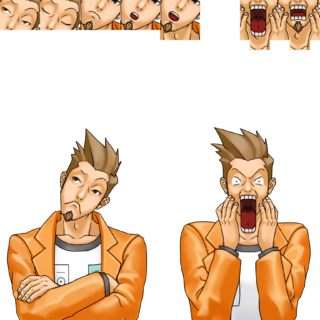 An earlier version of one of Dick Gumshoe's sprite sheets.

A less detailed (plain) variant of one of Angel Starr's numerous lunchboxes, which doesn't match any used ones.

Two copies of this placeholder graphic appear in with the background graphics. 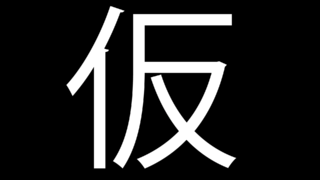 A thumbnail for the circus entrance at night. While it is seen during the opening to Episode 3, it is never visited at night during the investigation. 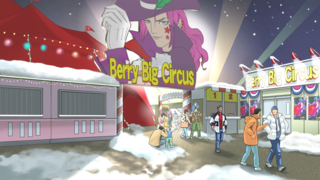 Work-in-progress versions of the remastered sprites for Mia channeled by Pearl and Furio Tigre's breakdown.

Three unused thumbnails for locations not visited during the investigation. The first is Kane Bullard's office without the outline from the 3rd case and the last two are Dusky Bridge on fire and the undisturbed Inner Temple Garden from the 5th case. 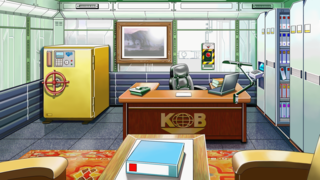 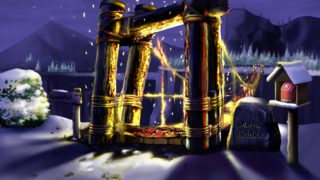 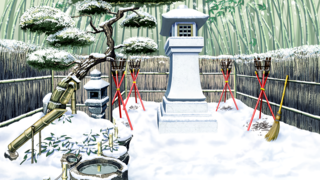 Justice for All - Episode 2

In all prior releases of the second game, Dr. Grey's animation had him push his glasses up with his middle finger. Starting with the 3DS release and carrying over to the 2019 version, he was redrawn to use his index finger instead.

Justice for All - Episode 4

The Viola Hall background appears in its original uncensored form.