On August 11th, 2018, players were no longer able to log into the game and the entire website as well as the server were removed completely.

An early animation for Sea Anemone, showing a different design, namely the colors of it's head.

Small Peach from Plants vs. Zombies: All Stars! Looks like it was planned to make an appearance, but was scrapped.

A completely unused plant referred to in the files as 'Mihungu,' who resemble the Hypno-shroom. Interestingly uses the artstyle from PvZ 1.

An animation of Magnet-Shroom stealing a zombie's metal object from Plants vs. Zombies. Strangely uses the PvZ 1 art style as opposed to the PvZ 2 art style seen everywhere else in the game. Maybe a placeholder?

A scrapped Imp variant that would've fit quite nicely in Qin Shi Huang Mausoleum. No Imps appear in that world, however.

An Imp who would've appeared in East Sea Dragon Palace. No Imps appear in that world.

A scrapped zombie called the 'Overseer Zombie,' who would've most likely appeared in Qin Shi Huang Mausoleum. It's mechanics and use are unknown.

A zombie known as the 'Turtle Chancellor Zombie' who would've appeared in East Sea Dragon Palace. It would've have great defense, reducing incoming damage by a lot.

Two lawns that would've been used in a scrapped tutorial level, both with and without grass.

The lawn for an unknown world. Perhaps from a scrapped farm-themed world?

Hey, it's the daytime lawn from PvZ 1! What it's doing here is unknown, however. Perhaps a placeholder lawn?

A colorful present. Formerly used as a reward chest for doing a certain number of daily tasks, but was soon scrapped for unknown reasons. 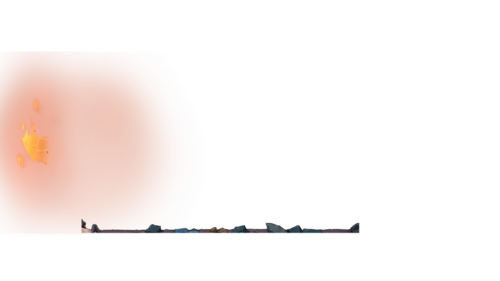 A lighting effect that would've been used for the Qin Shi Huang Mausoleum lawn in older versions of the game. Strangely, it is stored as a .swf asset. 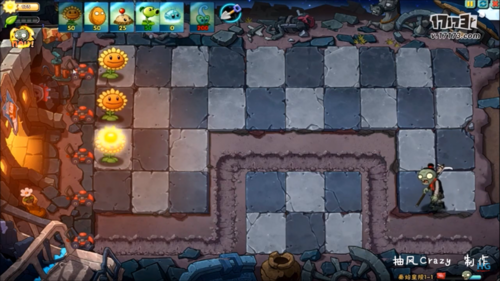 Here's how it would've looked in-game.