Plants vs. Zombies: Battle For Neighborville

Plants vs. Zombies: Battle For Neighborville is the third installment in the Garden Warfare series (despite the developers saying it isn't.). Despite the name Neighborville (the town mentioned in the PvZ tie-in comics), it's not a comic adaption, but instead a completely original game, featuring 6 new playable classes, a battle pass system called the Prize Map, an improved (and more reasonable) upgrade system for the classes, and an improved story mode.

As of September of 2020, the game stopped getting updates, most likely due to poor sales. This wasn't a long time coming, so there's a lot of unused content left over like the previous games.

There is an unused area in Giddy Park that was supposedly for a golf minigame, judging by the grass tracks and holes. This can be proven more as in the files, Golfer Gnomes exist and also have a weapon used for golfing. We can assume that originally, you were able to play golf as a Gnome.

This unused minigame was basically tag, but with a twist. The player that is it would be a Shooty Gnome. The Shooty Gnome's abilities consist of a primary with large homing, a long warp, an ability where players get stuck in the air for a short amount of time (similar to Imp's Gravity Grenade), and an ability to throw a bomb, dealing 175 damage. The Gnome even has a sprinting animation, suggesting the minigame was almost finished at one point, but was scrapped.

Similar to the Food Fight scavenger hunt, there were three other seasonal events planned during the game's lifespan. The events were Gift Wrap, Snowman Tag, and Breaking Hearts. There are various files in the game defining logic for how the modes would have played out. Currently, the only thing we know about how the missions are played are based on the dialog (Snowman Tag does not have any dialog).

The dialog implies that it's similar to Food Fight scavenger hunt in a way where the goal is to collect an amount of items. In this mission, you are assisting a gnome named Gnolines, a gnome who has lost the presents of the Gnomish children. Upon finishing the quest, you are awarded with an unknown amount of Prize Bulbs.

There's also a few additional strings while Anvils are around in Giddy Park.

Damage falloff is a feature that existed in both Garden Warfare and Garden Warfare 2 as a means of reducing weapon's effectiveness at longer range for balancing purposes, but is almost wholly absent in Battle for Neighborville for unknown reasons, save for the Sunbeam and Scientist's primary weapon.

Two of the unused upgrades present in the game data, Carbine Rounds and Increased Bullet Range, suggest that damage falloff was meant to be added into the game, but was cut during the development, as these upgrades increase the damage falloff start and end distances.

Iceberg Lettuce is another plant from PvZ2 that was going to be added into the game.

Primary: Snowflakes: has 8 ammo, shoots like scientist, and deals 6 damage per pellet. It creates floating ice particles which when a zombie touches them, inflict damage.

Ability #2 Back Dash: When used, Iceberg Lettuce jumps back and drops a frozen chili pepper, which explodes freezing anyone in its radius shortly after.

Ability #3 Snowball: throws a snowball dealing lots of damage. Seemingly cut as it lacks a U_ file and is not used by AI Iceberg Lettuces.

Ability #4 Self heal: Heals Iceberg Lettuce and nearby teammates for a large amount of health.

An unused plant class. It had various weapons and a work-in-progress model, but was cut shortly after it was first data-mined.

Another cut plant class, this time of the Super Bean boss! He was almost fully playable before being cut, with 3 abilities

Ability #1 Cape Twirl: An AoE attack that damages a pushes back zombies nearby Super Bean

Ability #2 Team Shield: A shield that gives Super Bean and all nearby plants shields

There are more unused classes mentioned in the code, but not much is known about them other than their internal names and some weapon data.

Several unused bosses are mentions in the game's files.

Super Chili Bean: A scrapped boss from Garden Warfare 2 who was planned to finally appear in this game under the new name 'Mexi-Bean,' but was cut. You'll get your chance one day, big guy.

Captain Smasher: The final boss from the Plant's side of Garden Warfare 2's story mode was planned to appear in this game, but demoted to a regular boss.

Crab Machine: Another unused boss from Garden Warfare 2 who was planned to show up in this game, but went unused again.

Sasquatch: One of the many Boss Hunt bosses from Garden Warfare 2 was planned to appear as a regular boss here, but went unused. I'm starting to see a pattern here...

Chompzilla: Chompzilla from Plants vs. Zombies Heroes! It looks like she was planned to be a Zombie Boss, but was cut. Also the only cut boss to not originate from Garden Warfare 2, used or unused.

The Yeti King: Another Boss Hunt from Garden Warfare 2 who was planned to appear in this game. He was scrapped too, probably because there was already the regular Yeti as a boss.

The Gnome King fight theme from Garden Warfare 2. Most likely to be used in a battle against the Gnome King, which never happens in the game.

An alternate version of the Dreadwood boss theme during Phase 2, which is at a slightly lower pitch.

An unused variation of Giddy Park meant for Season 12. It is completely barren, with a lot of objects and details missing.

The game's codename is referred to as 'Picnic,' as seen in debugging material and the game's closed beta test.

There exists an unused settings menu which contains remnants of Garden Warfare 2's settings UI. The menu retains most functionality of the current menu. 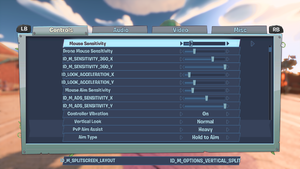 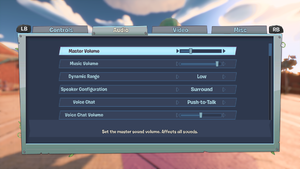 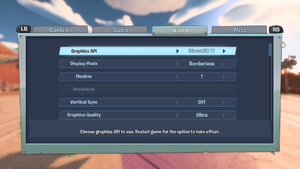 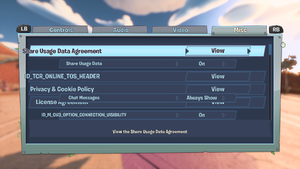 In the Turf Takeover map, Preserve Pastures, there are two areas hidden out of bounds that were likely used during the map's development. 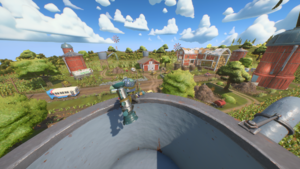 This first area located right next to the first objective has a nice looking area that houses a handful of the props that gets used within the map. You could make the assumption that the developers were creating a mock-up environment with the resources at their disposal. 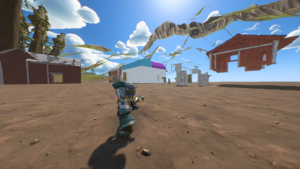 The second area looks like it was used for creating props and seeing how they would look in the game. 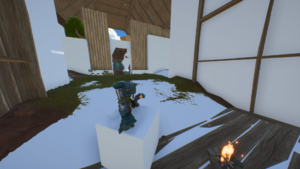 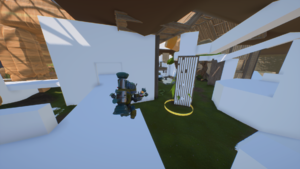 The pictures above represents an unfinished version of the final objective. It contains a lot of whiteboxing and layout differences than the final product. 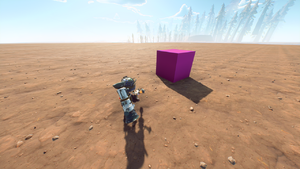