Plants vs. Zombies: All Stars

Plants vs. Zombies: All Stars is an RPG spin-off of the popular tower defense game that borrows most assets from the second game. On July 11th, 2020, all of the game's servers across all devices were officially closed, as well as the entirety of the official online data related to the game was wiped out. However, this only applied to the latest version, therefore the player can still play on Android with an older version of the game while offline.

A scrapped lawn based off of modern circuses. Aside from the lawn itself, not much is known about it. Much later however, in Plants vs. Zombies 2, multiple circus-themed zombies and a world itself (sort of) managed to get themselves in, resulting in Backyard Big Top, exclusive to Thymed Events. 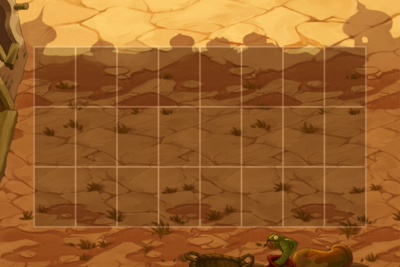 A scrapped Arabian-themed lawn. Because many Arabian-themed zombies appeared in promotional material for the game, it is likely this area had a lot of development in it before the game shut down.

Unused titles for the cut Arabia and Roman worlds.

An unused Magic Carpet zombie, likely to be used in the scrapped Arabian world.

An unused viking-themed catapult zombie. What he would've done is unknown. Several sprites of him also exist in the files of the game. 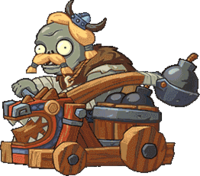 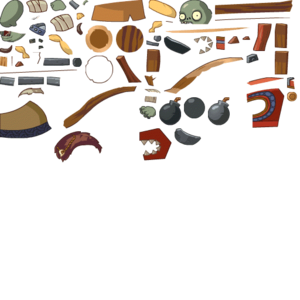 An unused viking zombie. Like the Viking Catapult Zombie, he has both a full sprite and several sprites of him. 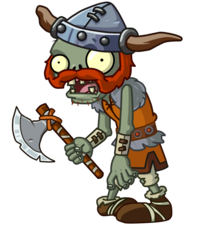 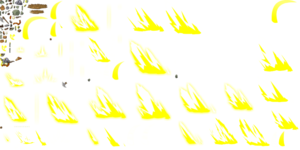 Another unused viking zombie, who has unused sprites along with him. 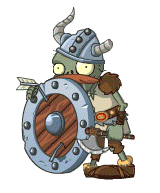 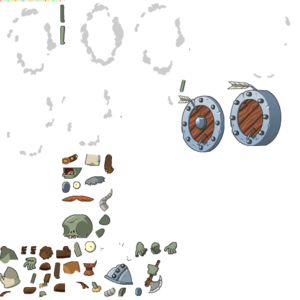 Restores health to the plant with highest attack and all plants nearby.

Restores health to the fire plant with highest attack.

Restores health to the air plant with highest attack and increases its attack as well.

Deals damage in 3 tiles ahead.

Deals damage to the closest enemy.

Deals damage to the enemy with highest attack.