A pause screen button titled QA Debug is a hidden button that can be accessed for accessing various developer options. Upon clicking the button, you have the ability to bring up various debug options and a button to exit the menu (I Am Lost). 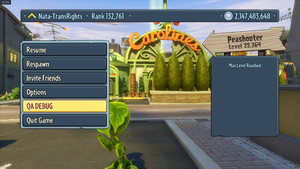 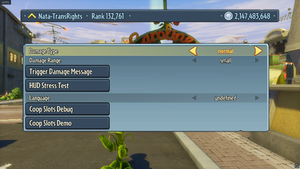 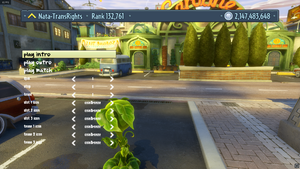 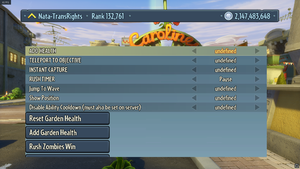 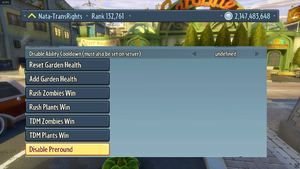 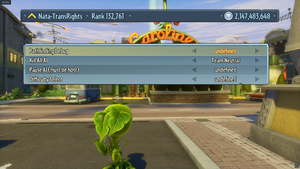 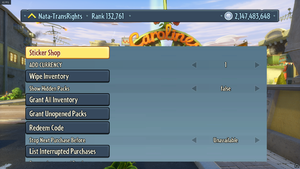 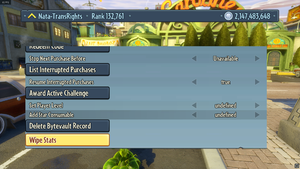 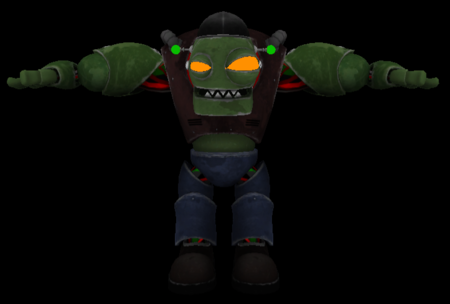 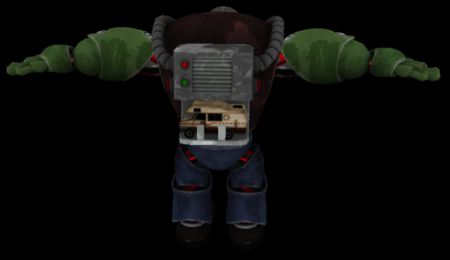 Of course, his pilot, Dr. Zomboss, also has an unused model. A higher quality version of his model was used in some promotional material, and he even became playable in a way via the Boss Mode. A similar model also appears in Garden Warfare 2, in the ending cutscene for the Zombies winning in the Zomburbia map. 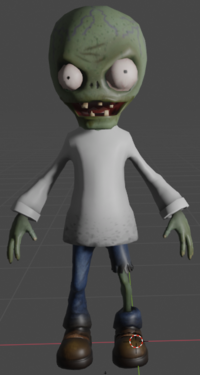 A van can also be seen attached to the back of the Zombot, which has a separate model. Perhaps it would've thrown this at the player like in the original Plants vs. Zombies? 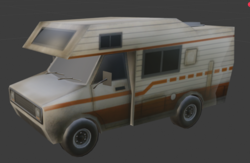 The Bungee Zombie from the original Plants vs. Zombies! Judging by some concept art, it would've been deployed by Dr. Zomboss when playing as him in Boss Mode, but such an ability doesn't exist in the final game. His model and textures still exist in the files. Perhaps he could've also appeared in the scrapped Zombot boss fight as well. 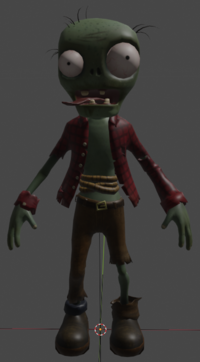 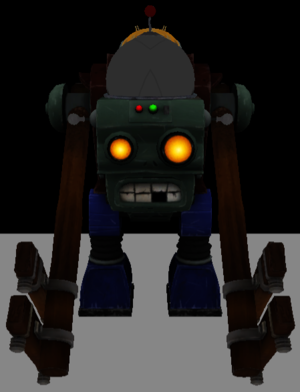 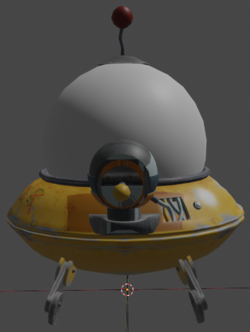 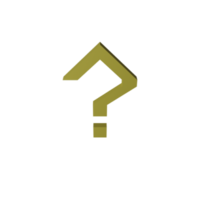 An unused model of a question mark which would've been used as the power-ups in the scrapped Super Team Vanquish mode.

These unused audio files were used for the Scientist's cut Hand Grenade ability. The first sound effect was a sizzling sound, likely when it was moving, and the others were used for the bomb exploding depending on if it was close or far away from the player

An unused sound effect of the cut Zombot boss landing on the ground, which can be heard in the original E3 reveal trailer.

An unused sound effect of the cut Mech Gargantuar being selected via the Boss Slots from Garden Ops.

An unused 6th and 7th variation of the loading screen music

An unused variation of Loon Skirmish, found in the E3 gameplay reveal trailer. Although similar, it does contain a choir around 13 seconds in, and has a different outro.

An alternate, unused version of the march theme found in Garden Ops, being a bit slower and containing more trumpets.

Boss Mode contains several abilities that are never used in game. Unfortunately, many of these do nothing upon use, though one can make a guess for their purpose based on the name. All of them, except for Supply Drops, use a placeholder icon.

All of the following abilities can be viewed in the video below:

An unused ability for the Engineer, upon use, places up to two Zombot Turretsat the Engineer's current location. Attempting to use it again with a turret already out will cause the oldest one to explode. This ability was shown off in the zombie class reveal trailer, suggesting that it was cut quite late into development.

Another cut ability for the Engineer that doesn't seem to do anything when used.

A cute Cactus ability that works identically to the normal Garlic Drone, except it is created directly below the player instead of in front of them.

An unused game mode similar to regular Team Vanquish, but question marks will occasionally appear on the map, and will give the player that collects it a temporary boost. Most maps only support up to 6 power-ups at a time, though strangely, the Garden Center map can have up to 28 at a time.

Aside from that, other differences include both players having to get 100 vanquishes in order to win as opposed to 50. The UI still uses 50 vanquishes, but the game won't end until one team reaches 100 of them.

The many power-ups the player can obtain include:

An infection style game mode which sees the Zombie team surviving from the Plant team, which is full of Chompers, for a set amount of time. When a zombie is vanquished, they are sent to the Plant team as a Chomper, tasked with vanquishing the other Zombies. The zombies must survive the Chompers and collect Antidote items in order to survive. Zombies must collect an Antidote every 45 seconds to prevent themselves from being infected and getting vanquished automatically. On top of this, everyone takes twice the amount of damage than normal.

After all zombies are vanquished, the round ends and a new one begins, with 15 second prep time.

The Antidotes themselves, despite what their spotting icons look like, are actually Air Tanks from Driftwood Shores, most likely as a placeholder.

Interestingly, there are also some buffs that would've likely been given to the Chompers in this mode. The buff known internally as "ChompVirus_SuperChomper" gives the player health regeneration, 4x increased jump height, and 1.5x increased movement speed.

There is also a variant to this game mode, which is also scrapped. This allows the Zombies to win via collecting Radio Parts to summon a rescue, which would allow them to win. The AI for the Chompers are also at an increased difficulty.

The Zombot was content that was planned for the game since launch, but was ultimately scrapped. The arena is located within the Zomboss Estate map, the same place where the Zombot was originally seen during the game's E3 showcase. Normally, this is never loaded within the map, so you must force the game to load the subworld data in order for it to show up in the level. 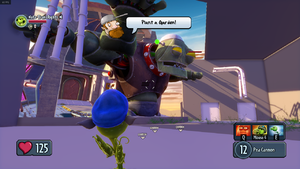 The Zombot has two unique attacks: The first attack will consist of him throwing out 2-4 walnuts as seen in Wall-Nut Hills. 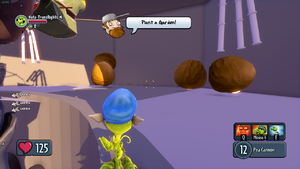 The second attack will involve him spawning in purple rocks of some sort. These rocks will deal roughly 30 damage each second while standing in them. The rocks stay around for five seconds. 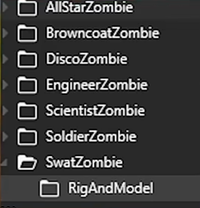 Code for an unused class(?) known as the SWAT Zombie can be found referenced in the game's files. This code also exists in Garden Warfare 2 and Battle for Neighborville, but with some content removed, such as the skeleton information. In Garden Warfare 2, the textures for the Grave Digger cameo found in Z-Tech Factories also has textures for a SWAT Zombie, possibly meaning that it was scrapped sometime during Grave Digger's creation.

Under the file named 'Gravedigger' are references to a scrapped 'HealingGravestone' ability. Given how the Grave Digger was planned to be the zombie healing class before the Scientist was created, this was likely the predessecor to the Healing Station ability. This, aside from the Hand Grenade (which was considered to be an ability for the Scientist before getting scrapped entirely) and his spotting and boss icons, are the only remaining references to the scrapped Grave Digger character still left in the game's files. This code is also still present in Garden Warfare 2

According to the files of the game, there is an unused gamemode titled 'arena' that was scrapped. There is no way to play this mode, and the file that would contain the mode setup starts with 'full_' and has Arena in the name.