What do you get when you put Plants vs. Zombies, Hearthstone, and Marvel Comics in a blender? A surprisingly decent card game, that's what!

An unused icon of a burning clock can be found in the games files. Interestingly, in the game's 1.18.3 update, it claimed to add a 'Fastest Match icon,' stating that 'In Multiplayer, if you can get faster matchmaking at your Rank by playing Plants or Zombies, you'll see a Fastest Match icon." While this mechanic was never seen in game, it's possible this was the icon it was referring to. 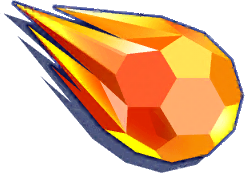 Funnily enough, this is actually just an edited version of the Detonator icon from Bejeweled Stars. 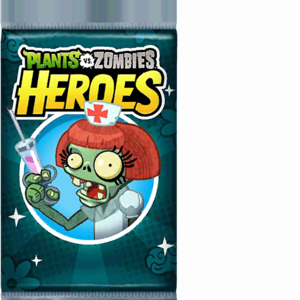 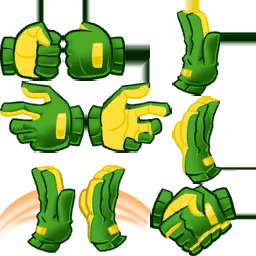 Textures for the unused Buddy System card. Also comes equipped with a full animation alongside it. 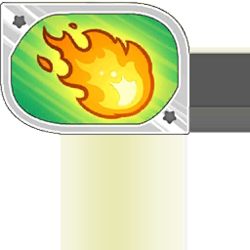 Textures for an unknown fire-like Superpower card. Internally, it is known as Fire_Blast_18 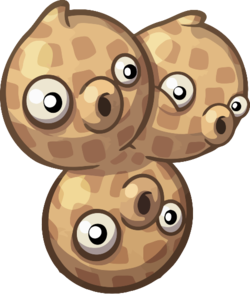 An earlier design for the Three-Nut plant, being much simpler in design. 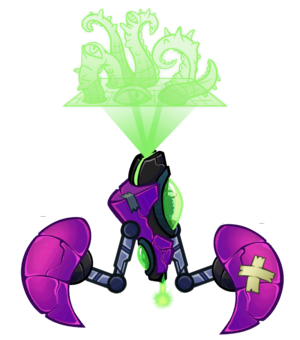 An early version of the Terror-Former 10,000, complete with animations and sprites! 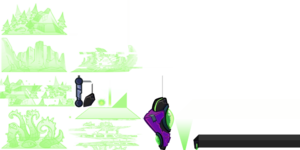 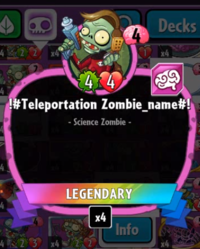 An earlier animation for the Shamrocket card, using a completely different design. (click to animate)

An earlier animation for Go-Nuts, complete with some confetti! (click to animate)

An unused death animation for the Sunflower Seed. (click to animate)

An earlier version of Area 22 being played on the field, with a different design. (click to animate)

An early animation for the Unexpected Gifts, back when it was called Unwanted Gifts. (click to animate)

Via the use of the Disco Dance Floor and Moon Base Z cards, the player is capable of giving every zombie in the game the Overshoot trait. These can make zombies use animations that are found nowhere else.

Strangely, a few Plants also have Overshoot animations, despite the Overshoot trait being exclusive to zombies.

There are several unused cards in the game, with some being more complete than others.

Several cards that were added into the final game were changed up a bit before they were added.

Several Cards had their names changed during development.

Referenced in the files of older versions of the game, the heroes were originally going to have a levelling system. In an unknown update, the heroes were going to be nerfed at level 1, such as only having access to 2 superpowers and having a smaller max deck size. Using the unused Hero Shards currency, players could level up their heroes to make the more powerful, changing their designs in the process. Presumably removed due to making the game less fair. The levelled-up designs of the heroes can be found on the Prerelease page.

The Game of Plants, likely a reference to the Game of Thrones television series, is referenced a few times in the code, likely a scrapped event similar to the Galactic Gardens event.

According to the code of the game, both Yeti Lunchbox and Nibble were going to be superpowers to unknown heroes. This was changed in the final game, and they are regular cards which can be used by any Beastly hero.

In the files of the game, two unknown heroes are referenced occasionally: Crime Biter and Professor Von Bats. They may have been introduced in the scrapped Game of Plants event, similar to how Beta-Carrotina and Huge Giganticus were introduced in the Galactic Gardens update. Additionally, multiple locations in the code imply Crazy Dave and Dr. Zomboss were to become heroes, being able to be bought using a scrapped 'Hero Shards' currency, including unused full body images of their sprites.

A quote from Game of Thrones. Likely related to the unused Game of Plants.

The same quote from Game of Thrones... but summer! Also probably related to Game of Plants.

Erm... Yeah, whatever this means. May also be related to Game of Plants

Cat Lady and Fraidy Cat's textures used be located in the same section of the files in earlier versions of the game. It's possible that these two cards were originally linked in some way, perhaps even a part of the same card.

Internally, tricks are known as 'Bursts' in the game files. This is most likely an earlier name for Tricks.

Several of the heroes, cards, and even certain classes have internal names that are quite different compared to their names in-game.

Interestingly, during a loading of a multiplayer match, the internal names for the heroes in the code are used instead of their actual name. These names are sometimes used for multiplayer names for users under the age of 13 or if connection is too slow to load the username.