This page details one or more prototype versions of LittleBigPlanet 3 (PlayStation 4). 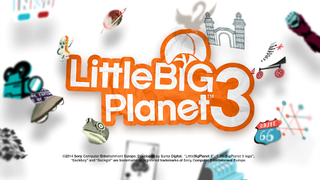 Dated September 2, 2014, this kiosk demo for LittleBigPlanet 3 was sent to stores two months ahead of the game's release. By default, the only levels that can be played are Crumbling Crypts and Tutu Tango. While various remnants from the Private Beta can still be found in the files, most of the Adventure Mode appears to have been stripped out of this build.

The preview images for the different landscapes in the Adventure Map edit menu use different images compared to the final game. Interestingly, the versions present in the kiosk demo are twice the resolution of those that appear in the retail version.