The sequel to LittleBigPlanet with more tools, more features, more characters, and more possibilities. Just about all of the unused content from the first game still remains here. 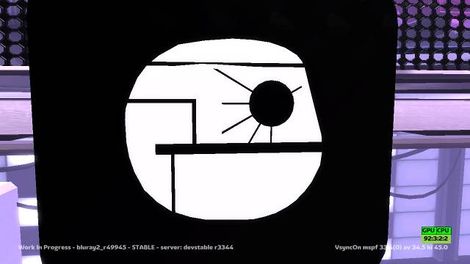 An unused in-game photo of Huge Ship's head. The most interesting aspect of the photo is the debugging information at the bottom. 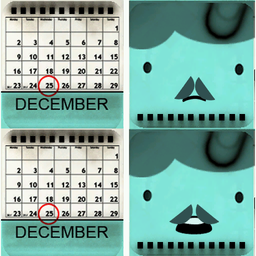 gamedata/lbp2/character/clive/clive_face.tex is an early texture for Clive Handforth's face, previously seen in gameplay at press conferences. 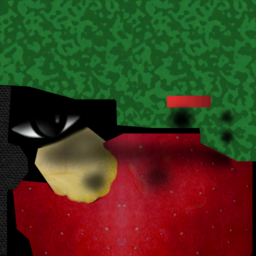 A texture for an earlier design of Eve, which had a green worm sticking out of her head. Her eye is also different.

A placeholder music icon leftover from the Move Beta is present.

gamedata/texture_library/stickers/dlc/dlc_test_stickers contains 10 stickers that were most likely used for testing DLC-related functionality.

The placeholder graphic used for Emitters with missing preview icons was changed from Arnold Schwarzenegger to a new picture, presumably of one of the developer's faces.

The ghost icon from the tutorials in LBP1 was replaced with a different icon, possibly from an earlier build.

The icon for the pink splat skin was replaced with a different icon from an earlier build.

After the Tron: Evolution Minipack was released, the icon for the Clu & Anon skin was changed. 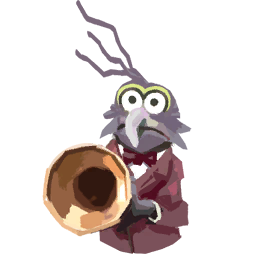 gamedata/texture_library/th_muppets/mss_gonzo_in_the_o.tex is a sticker of Gonzo holding a trumpet. It can be seen as part of the level badge for The Great Gonzo!, but the sticker itself doesn't appear to be used.

Stickers that were used for showing players how to tilt the PlayStation Move Motion Controller, but weren't given out.

Stickers that weren't given out in the LittleBigPlanet 2: Cross-Controller Pack. 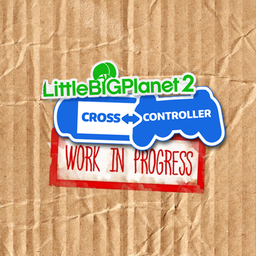 gamedata/texture_library/level_badges/dlc_badges/crosscontrol/badge.png is a level badge associated with the Cross-Controller Pack, most likely intended as a placeholder.

Some early icons for the music from the Toy Story kit. Notice that one of them uses an ungiven sticker.

Objects with a strange glowing pink material can be found among Da Vinci's Hideout's files. 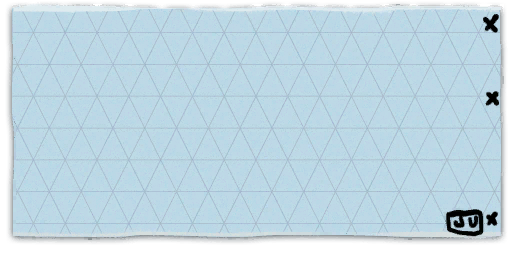 gamedata/texture_library/ui/news_fill.tex is the news background with crude X's and "JU" scribbled on it. The used version, news_fill2.tex has a coffee stain on it.

gamedata/lbp2/th_muppets/materials contains textures for an early iteration of Attract-O-Gel referred to as attractofelt. Someone on the development team seems to have scribbled on the diffuse textures.

The doormat material from the Move Pack has an alternate version that has a trim.

A lot of materials weren't given out in the LittleBigPlanet 2: Cross-Controller Pack.

Early models for several pieces of logic can be found within gamedata/lbp2/unthemed/mesh/electrics_kit and gamedata/lbp2/unthemed/gadgets/direct_control. These early models more closely resemble the art style of the tools and gadgets from the first game. Some of these models can be seen in early screenshots, and some can even be found within certain story levels in the Private Beta. In the final game, all of the gadgets were redesigned to be more uniform, with each gadget using one of a handful of different models, coupled with a different graphic applied to its screen to convey the gadget's functionality.

Associated with trigger_danger.mol is a texture that has all of the icons that would be applied to the Danger Tweaker's screen. The lack of a Plasma graphic suggests that it was created before the Plasma Tool had been added to the game.

Associated with trigger_destroy.mol is a texture with all of the icons that would be applied to its screen. There are only four icons present (explode, dissolve, disappear and fade), suggesting that it was made before the rest of the destruction effects had been implemented.

Logic gadgets that were either removed from the game, or just never given out as prizes. 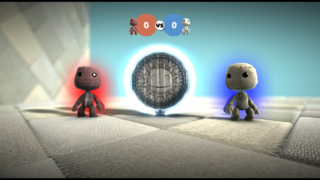 There is a byte in memory that determines the current level's game mode, with 0 being Cooperative, 1 being Versus and 2 being Cut Scene. By setting this byte to 5, an unfinished Team Versus mode can be accessed. This mode can be played in 1v1, 1v2 or 2v2 depending on how many players are in the party. Players are surrounded by either a red aura or a blue aura depending on their team, and the goal is to score more points than the other team.

For the most part scoring works as it does in standard Versus, where players gain points for killing other players and lose points for being killed by stage hazards. Unlike other game modes Score Bubbles, Prize Bubbles and Unprotected Creature Brains do not award points when collected, and score multipliers have no effect, meaning the only ways to gain points in this mode are by killing players on the opposite team or by activating Score Givers. When the Scoreboard is activated, the score counter does not fly onto the Scoreboard's screen like in other game modes.

Found within the game's code are two unused Create Tools: the Sticker Scrubber and Unphysicalizer (renamed to Dephysicalizer in LittleBigPlanet 3).

When adding these tools to your profile these tools have several differences, one of them being the names that have the prefix "*DEV ONLY*". The dephysicalizer, which is known as the unphysicalizer in LBP2 is very limited and doesn't dephysicalize many meshes. The other tool is the Sticker Washer and exists in LBP2 and LBP3 as an unused tool, the Sticker Washer only removes stickers and can only be used on materials and not meshes. 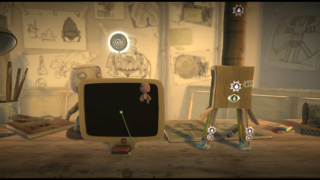 gamedata/lbp2/dlc/move/tutorials/levels/tutorial_4.bin is a tutorial level dedicated to the Paint Tool. It contains a video board showing the Paint Tool's tutorial video, and a standard tutorial exit with no Prize Bubbles, suggesting it was cut fairly early on. Unlike the other tutorial levels, the Popit is not confined to a limited selection of tools. This level can be accessed using a glitch, which uncovers a hidden planet revealing the Move Pack tutorials, including this one.

gamedata/lbp2/character/sackboy/direct_control_seat contains 13 animation files related to the Controlinator, 7 of which are never seen normally.

collide_front.anim, collide_side.anim and collide_back.anim show Sackboy being hit whilst using the Controlinator, likely as a result of something colliding with whatever Sackboy is controlling.

seat_into_compact.anim and compact_into_seat.anim depict Sackboy being flattened and unflattened, most likely as a result of the Controlinator retracting into its compact state. It is not possible to have a character occupy a Controlinator in its compact state, so these animations go unused. Alternate versions of these animations exist, labelled side_seat_into_compact.anim and side_compact_into_seat.anim, which were most likely intended to be used when the Controlinator's Side-Mounted tweak is enabled.

There are six sound effects that correspond to two Emitter creation effects that were removed from the final version.

There are four unused sound effects that were intended for the competitive multiplayer mode. These would have played whenever a player gained or lost points.

There are seven sound effects of a raven with an unknown purpose.

An unused boing sound related to the player somehow.

Leftover in the game's executable are various printf() notes to help the developers debug the game.