Sackboy returns with new friends, more layers and an arsenal of new tools in the first numbered LittleBigPlanet game not developed by Media Molecule. The game shipped in a notoriously glitchy state, in no small part due to being rushed and hacked together in time for Black Friday. As a result, a significant amount of content was cut from the final release.

Unless noted otherwise, everything mentioned here is assumed to also apply to the PlayStation 4 port of the game. 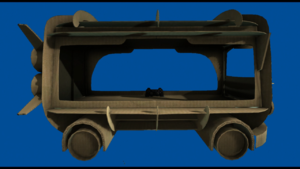 gamedata/lbp3/pod/pod2.mol is a model of a wider, bus-shaped Pod that was used in early prototypes of the game. The final game just reuses the Pod from the first two games instead. 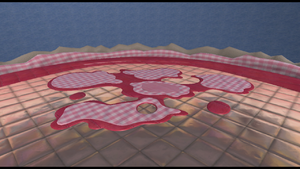 gamedata/lbp3/misc/pre_viz/map_previs_lee_02.mol is an unused adventure map. It's pink and very reminiscent of Manglewood. In early versions of the game, it was used as a placeholder for adventures that didn't have proper terrain yet. 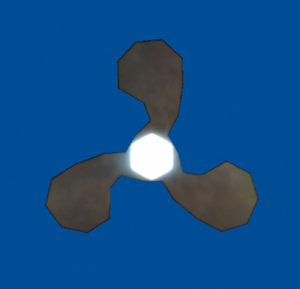 gamedata/lbp3/unthemed/mesh/boomerang_glow/boomerang_2.mol is a model of a three-pronged boomerang. Its appearance suggests that it might've been used as a powerup at one point. 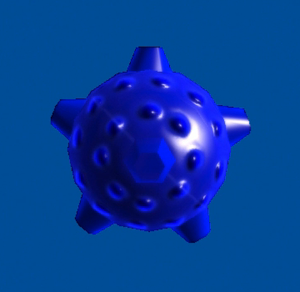 gamedata/lbp3/unthemed/mesh/throwable/throwable.mol is a model of a blue squeaky ball. This was originally intended to be a throwable powerup before the idea was scrapped. 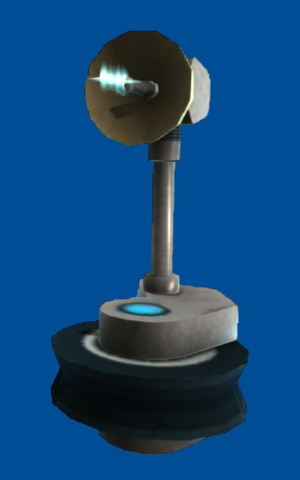 gamedata/lbp3/misc/decorations/transition_hook/sm_transition_hook02.mol is a decoration that appears to be based on the Rail Hook's model, but with an added satellite dish connected to a long pole. It can be found out of bounds below various Adventure Mode levels. 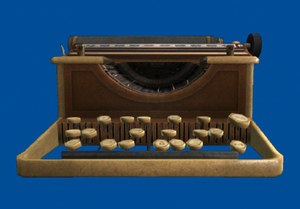 gamedata/lbp3/__book2/mesh/z_typewriter/z_typewriter.mol is a model of a typewriter intended for the Ziggurat. 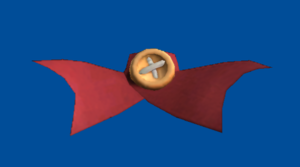 gamedata/lbp3/character/costumes/ziggurat/vera/ziggurat_vera_nk.mol is a model of a bow tie intended for the Vera Oblonsky costume. It can be seen as part of her outfit icon, though it doesn't actually get applied to Sackboy when selecting the outfit. 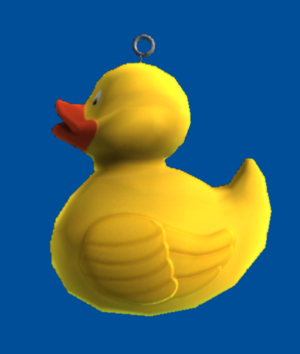 gamedata/lbp3/__book1\mesh\np_hookduck\np_hookduck.mol is a rubber duck with a hook. 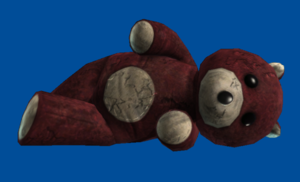 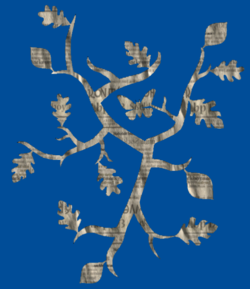 gamedata/lbp3/__book2\decorations\tu_tu\tu_to.mol is a tutu with tweakable color. 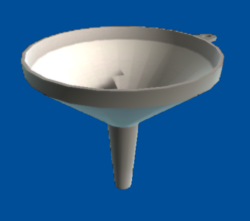 gamedata/lbp3/_4_bunkum/decorations/bu_funnel/bu_funnel.mol is a funnel with tweakable color. 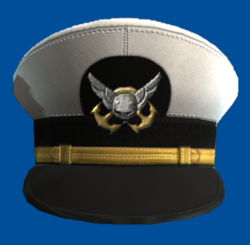 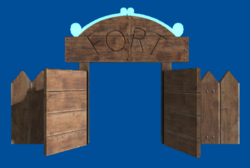 gamedata\lbp3\__prologue\decorations\mw_map_fort\mw_map_fort02_glow.mol is a decoration of the fort in Manglewood, meant for the map.

Logic gadgets that were either removed from the game, or just never given out as prizes.

While not an official piece of logic, this custom microchip was used by the developers in levels to adjust the depth of layers that an object was in.

The .cha files in gamedata/lbp3/common/skeletons contain a parameter labelled BrainBehaviour, which governs how characters interact with Unprotected Creature Brains. The properties of this parameter are documented in any .cha files that have it.

It's worth noting that if a .cha file doesn't have the BrainBehaviour parameter, it simply defaults to function 3 (kill & bounce off). Function 2 (bounce only (no kill)) isn't used, since every character in the game either defaults to function 3 if they don't have the BrainBehaviour parameter in their .cha file or they set it to 3 if they do have it. The sole exception being troll_giant.cha, which has it set to 1 (kill only (no bounce)).

There are a handful of sound effects labelled dwarf_brain_bounce that play when BrainBehaviour is set to 2, suggesting that this functionality was planned for Small Toggle.

gamedata/materials/smashable.mat is an unused material type with similar functionality to the Shardinator, likely intended for glass materials. If Big Toggle bumps into the material with enough force then it will smash into roughly 40 pieces. If the material has been lethalised with anything other than fire, however, then it will not break. The shards themselves will dissappear if Big Toggle bumps into them with enough force, with all of the shards disappearing on their own after about three seconds. The material seems to be rather buggy, since it's possible to break it, even if the level is in pause mode. It's also possible for it to destroy other nearby objects, including the level's boundaries, which may have been why it was cut in favour of the Shardinator.

Nearly every Sensor gadget in the game has an unused Trip Switch tweak that is hidden by default. If the Trip Switch tweak is enabled (either through modding or by importing gadgets that have it enabled from early prototypes), then the Sensor's output will stop updating once it has been activated, effectively keeping it turned on forever. There is no way to reset Trip Switched gadgets once they've been activated, which may have contributed to the tweak's removal.

By entering levels in Create Mode (either through glitches or file swapping), it is possible to access various areas and objects that the developers never intended players to see.

As a general note, most if not all of the images used for the slideshows are stored out of bounds - usually close to where they are used in the actual levels - then emitted into place when needed. Occasionally slides that aren't actually used can be found alongside them, usually appearing to be from an earlier point in development.

Just beneath the tutorial area for undoing and unpausing is a floating button, presumably meant for testing. Pressing it activates the slideshow prematurely. 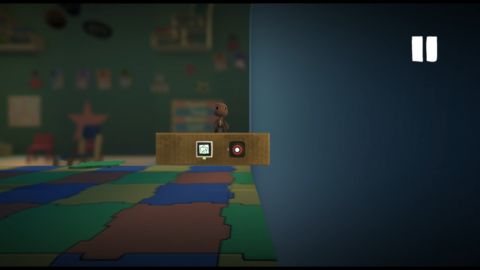 A cardboard platform with no apparent purpose can be found way out of bounds on the far right side of the map. 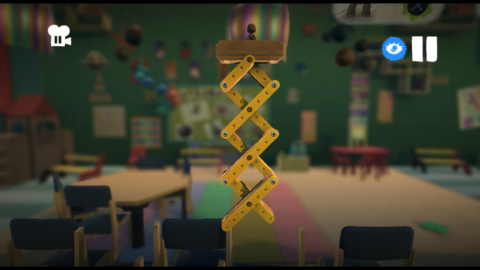 Below the first set of spikes is an extendable platform. A similar looking platform appears later on, but not only is this one never seen in the level, it actually breaks as soon as the level is unpaused. 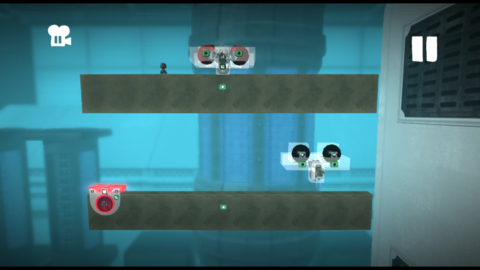 To the upper left of the button to start the minigame are two cardboard platforms, each with a different version of the wheeled rabbit robot. The one on the top platform appears to be identical to the one used in the level, while the bottom one appears to be an early version with different sound effects and less detail.

The Microchip just to the left of The Great Magician has two Global Lighting Tweakers that are never activated. These appear to be alternate lighting settings intended to be used when the player enters one of the many vanish zones scattered throughout the level. 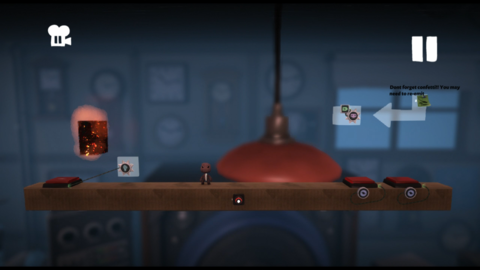 To the right of the starting room is a cardboard platform with three buttons on it; the one on the far left activates a Teleporter, while the two on the right activate Score Givers (the rightmost awarding 4,000 points, the leftmost deducting 20,000). A block of fire with an unknown purpose is also present next to the teleporter, while a block of Sticker Panel used for confetti is found above the two Score Givers alongside a developer note warning that they may need to re-emit the confetti.

The platform (and everything on the left side of it) is automatically deleted as soon as the level is un-paused due to a Broadcast Microchip set to destroy anything that enters its radius. 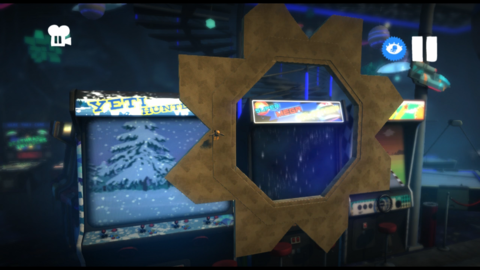 An undecorated copy of the sliding octagonal door can be found out of bounds, just to the right of the arena. It cycles between being open and closed every two seconds.

The pinball has a free movement mode that is disabled by default, but can be re-enabled by setting the Toggle switch - located in the Controlinator on the pinball's Microchip - to On. Once enabled, hold R2 and use the Right Stick to move the pinball anywhere on the table. Letting go of R2 will return the pinball to normal. Note that this does not apply to the multi-ball minigame, as the pinballs seen there are separate objects and don't contain any free movement logic.

gamedata/scripts/podstatee3gamemodeselect.ff is a level selection menu that was used at E3 and other trade shows. The first screen presents two sets of buttons under "Main" and "Latam" categories. Pressing any of the four buttons zooms in on Bunkum and brings up a list of two levels, being early versions of Race To The Stars and Tutu Tango (referred to as "Toggle Escapes The Labyrinth" by the menu).

Presumably to stop attendees from seeing the rest of the Pod, the developers made it impossible to back out of the main menu once it has been brought up; the only way out of it is to restart the game. Additionally, due to a user interface overhaul, pressing any of the four buttons after Game Update 1.22 ends up crashing the game.

To access the E3 game mode select menu on version 1.00:

When you activate the Pod Computer, you'll be greeted with the E3 level select instead of the standard main menu.

Race to the Stars (01_mp_all_star_greybox.bin)

The E3 version of Tutu Tango (found in gamedata/lbp3/marketing_demo2/levels/03_caverns_redux/03_caverns_redux.bin) also has a number of differences from the final version.

The early level badge graphics for Race to the Stars and Toggle Escapes The Labyrinth are also present, and can be found in gamedata/lbp3/__book1/stickers.

Race to the Stars (levelbadge_allstar.tex)

All four characters (Sackboy, OddSock, Toggle and Swoop) are prominently featured in front of a white star on a blue background in the early level badge, while the final level badge just has five stars shooting upwards.

The early level badge for Tutu Tango (a.k.a. "Toggle Escapes The Labyrinth") prominently shows both forms of Toggle in front of a greenish cavern background. The final badge shows a silhouette of a swan against a green background.

Level backgrounds that either aren't seen anywhere or just weren't given out as prizes. Because none of these backgrounds were given out by the developers, their Popit icons and language data go unused.

While not officially released by the developers, three of these backgrounds, as well as a handful of other unused objects can be obtained in this level. Be warned that the level may be deleted at any time, as it already has been once.

Several costumes are found in the game's data that are unobtainable through normal means.

Pinky Buflooms was originally a costumed Sackperson made of five different costume pieces, though the final version of the costume combines them into one mesh. All of the individual costume pieces can still be found unused in gamedata/lbp3/character/costumes/bunkum/pinky.

The character Vera Oblonsky in the Ziggurat hub was meant to have a completely unique costume, but it was cut in favour of a generic female sack person. All of her costume pieces can still be found in gamedata/lbp3/character/costumes/ziggurat/vera, but only the main outfit and torso piece can be collected individually.

gamedata/lbp3/character/costumes/lbp3_townspeople contains files for a character internally referred to as "prof", an abbreviation of 'professor'. He would eventually appear in Run Sackboy! Run! as an unlockable costume named "Renoir the Owl".

A couple of ribbon costume pieces for Swoop can be found in gamedata/lbp3/character/costumes/ziggurat/gamayun.

gamedata/videos/lbp3/publishing.bik is a placeholder video about how publishing works, using crude paintings to illustrate various concepts. This video was extended in the PlayStation 4 version to add information about level trailers.

Leftover in the game's code are various developer notes from the second game and a few new ones as well.

A build date and time can be found in EBOOT.BIN. Below is a list of build dates and times for the base game, as well as the various Game Updates that have been released.