A port of LittleBigPlanet 3 from the PlayStation 3 to the PlayStation 4. This version features updated character models, higher resolution textures, level trailers and an exclusive gadget designed for interactive live streams, because you gotta have something to show off the new system's power.

Found within the game's data are various unused levels, all of which were completely removed from the PS3 version, save for a few bits and pieces.

gamedata/lbp3/pre_alpha_story_levels/sack_town.bin appears to be a whitebox of an early hub world, seemingly intended for the Prologue. It shares similarities with a level that was present in an early trailer shown at PlayStation Experience 2014.

gamedata/lbp3/pre_alpha_story_levels/stitchem_manor.bin is believed to be an early version of Stitchem Manor.

gamedata/lbp3/official_adventure_levels/04_bunkum/q10_2d_3d/2d3d.bin is a side-level from Bunkum Lagoon where the player runs across tiles that become plasmafied after touching them. The perspective momentarily shifts from 3D to 2D whenever the player grabs specific sponges, allowing them to interact with things that would otherwise be too far into the background or foreground to interact with. There are no checkpoints apart from the ones at the start, and dying resets the state of all of the tiles.

A quest file for this level can be found in gamedata/lbp3/marketing_demo1/quests/2d3d_tile_quest.qst, which requires the player to light up all of the tiles before reaching the Scoreboard. It uses a simple background with a blue graph paper texture that bears similarities to the Popit Puzzle Pod Background.

gamedata/lbp3/official_adventure_levels/04_bunkum/03_fickle_mistress/fickle_mistress.bin is a level from Bunkum Lagoon where the player uses Anti-Gravity Zones to climb to the top of the level in order to obtain one of Swoop's Marbles, all the while collecting Score Bubbles to build up a massive combo. Faulty sponge emitters at both the halfway point and near the end prevent the level from being finished. There are Collectabell dispensers at the end that reward the player based on how many points they've accumulated, suggesting that the level was scrapped before it was decided to confine Collectabells to the hub worlds.

gamedata/lbp3/official_adventure_levels/04_bunkum/c13_game_outro/game_outro.bin is an early version of the last cutscene: Four Chums Head To Craftworld. Unlike the final level, it is housed inside one level rather than being split into two levels like the final. The cutscene itself is very incomplete, lacking art and proper voice acting. There is considerably more dialogue than in the final version, and some of these extra lines even have audio files recorded for them. ...which go unused because all of the dialogue in this version of the cutscene is spoken with gibberish voices from LittleBigPlanet 2.

gamedata/lbp3/official_adventure_levels/03_ziggurat/q05_ziggurat_bp/ziggurat_bp.bin is a scrapped Contraption Challenge set in the Ziggurat where the player has to create a boat in order to win a race.

Found in gamedata_orbis/texture_library/xmb/, level_default_en.png and level_default_jp.png are save data icons intended for the PS4's Saved Data Management Utility. They feature level badges, so they most likely would've been used to represent level backups or community level save data. The game uses game_default_en.png (or game_default_jp.png in Japan) for all save data, regardless of if it's a level backup or not, thus these icons being unused.

gamedata/texture_library/ui/timesaver_icon.tex is an icon that would've been used for a Time Saver Pack. The graphic appears to be lifted from the Time Saver Pack in LittleBigPlanet PS Vita.

gamedata/texture_library/ui/store icons contains four Polaroid images of worlds from LittleBigPlanet 2. The folder name "store icons" suggests that these were intended to be used in the in-game store.

Even though they've been unused since LittleBigPlanet 2, the developers decided to polish up the diffuse textures for the unused Attract-O-Felt material by not only removing the scribbles, but fixing the transparency on the trim texture. The updated textures can be found in gamedata_orbis/lbp2/th_muppets/materials.

gamedata/texture_library/level_badges/dlc_badges/crosscontrol contains unused images related to the Cross-Controller pack in .png format, including early versions of the Poultry Panic level badge and the pack's Polaroid image.

gamedata_orbis/lbp3/dlc/spongebob/costumes/sandy/spongebob_sandy_he_fuzz.tex contains a stretched image of the internet character Dick Butt. Although the texture itself is used for the fuzzy effect on the Sandy Cheeks Ears costume piece, the image of Dick Butt does not appear in-game because of how the fuzz shader works.

gamedata_orbis/mesh_library/player_character/sackboy_legacy_stitches_diffuse.tex is an unused version of the stitches texture, this uses the same way stitching is done on the PS3 version. In the final game, they used mesh stitches with a completely different texture. The texture itself is dark and the line is thin. 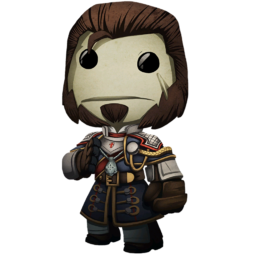 gamedata_orbis/lbp3/_popit_puzzle/stickers/e3_2014_assets/galahad_costume.tex is a sticker of Sackboy wearing the Sir Galahad costume from The Order: 1886. This was briefly seen in the game's announcement trailer from E3 2014.

Found within gamedata_orbis/lbp3/_popit_puzzle/stickers/windmill_blueprint are fourteen stickers showing how to create a windmill. In an early prototype of the game, there was a section in Stitchem Green that had you building a windmill out of pre-made assets, with the windmill you created appearing somewhere in the Stitchem Green Hub. Stitchem Green was scaled back considerably for the final game though, resulting in the Windmill Contraption Challenge being removed. These stickers are present in a section of the unused Sack Town level where you construct a windmill using the Popit Powerup.

gamedata_orbis\lbp3\misc\stickers\rusk.tex is a sticker of OddSock, but the filename refers to Rusk, a character from earlier in development who was cut. 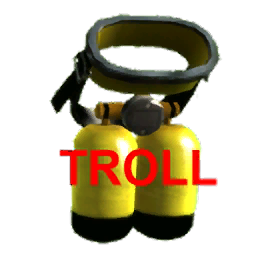 gamedata_orbis/lbp3/misc/stickers/troll.tex is a render of the Scuba Gear powerup with the word "TROLL" written on it, which appears to be a placeholder icon for Toggle. This texture was changed to show both forms of Toggle in the PS3 version.

In gamedata/lbp3/character/jacob/ is an unused character named Jacob, who would've been the curator of a scrapped theme known as "Jacob's Well". He was completely removed from the PS3 version.

gamedata_orbis\lbp3\dlc\football\costumes\players is an unused Brazilian football player costume for Toggle that was briefly seen in a trailer from Gamescom 2014. Its files were completely removed from the PS3 version, save for two normal maps. 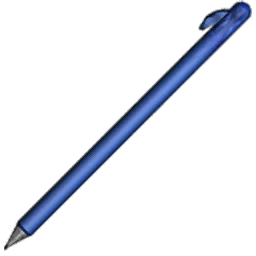 gamedata_orbis\lbp3\_popit_puzzle\mesh\pp_chewed_pen is a chewed pen, similar to the one in the original LittleBigPlanet.

Several materials are present in the PS4 version (albeit unused) and are not in the PS3 version.

gamedata_orbis/videos/lbp3/publishing.bik is an extended version of a placeholder video from the PS3 version that also covers Level Trailers.

gamedata_orbis/videos/lbp3/how_to_record_a_video.bik is a placeholder video that teaches the player how to record videos to be used as Level Trailers. Interestingly, this video is narrated by Stephen Fry, whereas most of the tutorials in the final game are narrated by someone else entirely.

A build date and time for Game Update 1.26 can be found in eboot.bin.