The ninth game in the main Call of Duty series which introduced a non-linear campaign with multiple endings, improved multiplayer features, and new Zombies gamemodes.

Sadly, most weapons from previous titles did not return in Black Ops II in order to fit the futuristic setting. However, most of those weapons were still mentioned in the text files for Zombies (most likely leftovers from Black Ops).

The Elemental Staffs, their upgraded versions, and Sekhmet's Vigor are compatible with the Mob of the Dead Pack-a-Punch camo, but not the Pack-a-Punch camos used on Green Run or Origins. This camo can be applied via the developer console on PC or via hacks on console.

A preview image of an early version of Plaza called Promenade.

According to the game files, the map was originally called "Village".

Unlike the above, these weapons are in the game but have unused Create-a-Class icons. They were later used for the Call of Duty Elite app, so all the other Wonder Weapons had these icons created for it (with exceptions).

Icons for the Flamethrower, Grenade Launcher and Masterkey attachments from Black Ops 1 can be found in the files.

Either leftover from Black Ops 1 or unused entirely. 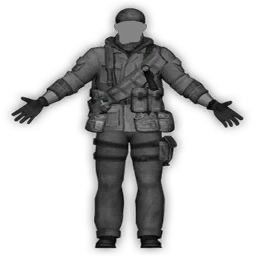 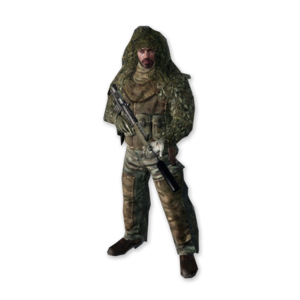 The BO1 Tactical Insertion can be found leftover in files 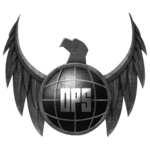 Massacre: Resembles the Red camo from the first Black Ops, but darker. A menu icon remains.

Hacker: An unused point-based free-for-all gamemode. Players would have to disable and then hack neutral AGRs, and were given points for hacking, killing other players, and getting kills with the AGRs. AGR kills would award more points. In the latest version of the game, all that remains of this gamemode is a menu icon. However, in PS3 version 29.824.6 and earlier, the gamemode was functional and could be played through the use of mods. It can still be played as long as you have this update installed. [1]