The game that started it all, the one and only Call of Duty. Codenamed during development as MoH Killer, with MoH standing for Medal of Honor, it sure did kill it.

Some missions, with Dulag IIIA being the most prominent one, have very detailed areas that cannot be seen without the noclip console command.

The game has an unused underwater vision effect that can be seen by going under any body of water, which can be done via noclip. This effect gives the player's vision a wobbly, expanding-contracting effect akin to that of other video games when the player character goes underwater. This effect suggests that swimming, or at least the ability to go under water briefly, was considered at one point. Swimming would later appear in Call of Duty: World at War.

A small amount of unused textures can be found in the game. 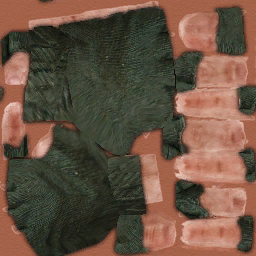 A texture that was obviously made for the last American mission, which is set in snow. Pvt. Martin, the playable character in the mission, is the only soldier not wearing the outfits his teammates don, opting to wear the same outfit from the missions set in Normandy. 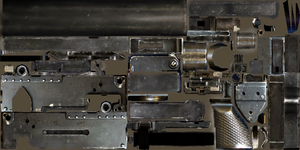 The .30 Cal machine gun is a weapon partially included in the game, using the BAR model as a placeholder. It was to have its own unique model as evidenced by this texture. It's very accurate even when firing from the hip and can kill enemies with one hit. In the mission Brecourt Manor, Sgt. Moody instructs third squad to provide covering fire with the .30 Cal but the weapon they use is actually the BAR.

Audio that can be found referenced in the soundaliases but is missing from the files.

Some weapons in the Russian version have a different name. In the case of the Mosin-Nagant, it's mistakenly named such in the West.