JumpStart Animal Adventures is about exploring five four different habitats (the tidepool, temperate forest, tropical rainforest, and savanna) and learning about the kinds of animals that live in those environments.

Notably, while the opening cutscene contains a few brief references to a desert habitat, no such place is mentioned or seen for the rest of the game. 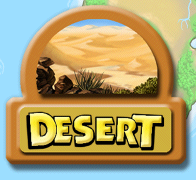 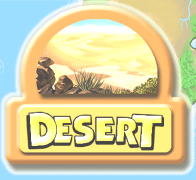 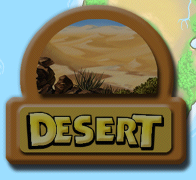 ani_habitat_menu.cxt contains various assets for an unused habitats screen (see other unused graphics for more details). Three of these graphics are for a desert icon. There are two variations for mouse interactions (highlighted for mouse over, and darkened for mouse down).

The same file also contains an unused sound effect with the internal name "desert RO". This was intended to play when the icon was moused over.

The desert would've had two craft ideas associated with it, the content for which is contained within ani_crafts.cxt alongside the crafts for the other habitats.

Pictured above are the graphics for the "main" desert crafts screen, which would allow the player to pick which craft to view. The craft icons have lighter and darker variations for mouse interactions.

There are also two voice clips and two sound effects for the icons' mouse over interactions.

Graphics for each craft's individual page.

There are also two more voice clips that would've played right after selecting a craft. 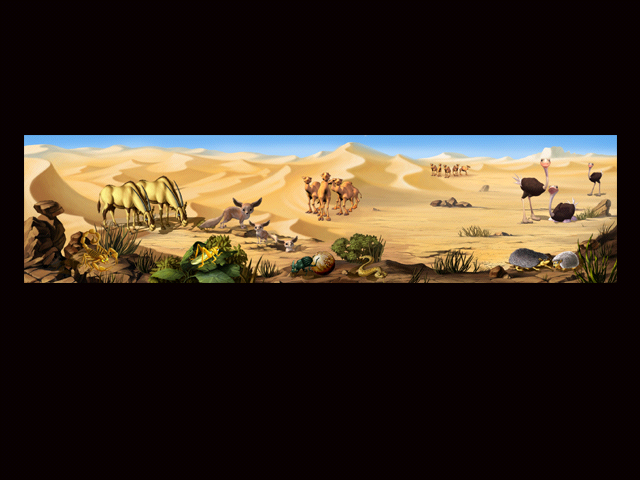 aor.dxr contains this graphic, internally called "sahara_640". In the game, all of the habitats are larger than the game screen and the player is able to scroll through them by using arrow buttons. The desert image in this graphic most likely depicts what the entire habitat was planned to look like. Its wide appearance reflects that the player would be able to scroll left and right through the environment.

ani_sha_snd.cxt contains a voice clip of CJ saying "desert", which would've been used for the map screen.

stickernames.txt contains a list of desert animals intended to appear as stickers:

ani_shared.cxt contains some code intended for a desert contest sheet. This is a list of desert animals that would've appeared on the contest sheet, along with traits listed for each animal which would have been used as clues for identifying them on higher difficulty levels. 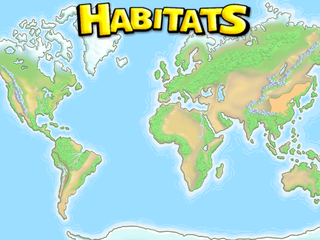 The background graphic for the unused screen. It isn't seen in this exact form anywhere in the game, although parts of this image were repurposed for a similar in-game screen.

ani_habitat_menu.cxt also contains several icons for different habitats, including the scrapped desert habitat. The icons contain parts of the background graphic near their edges, so it is possible to tell how they would've been overlayed had this screen been accessible. Below is the recreated version of what the screen would've looked like and the in-game screen that it resembles. 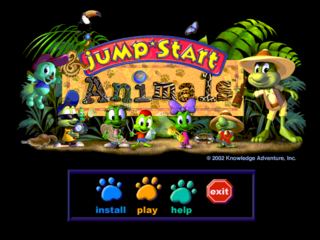 An unused background for the Autoplay menu that appears in the game's AUTORUN folder depicts an alternative logo for the game: "JumpStart Animals". The logo also uses different designs for most of the animals that appear around the main characters.

hermitcrab_snd.cxt contains an audio clip named "game over fanfare", which never plays, even when the player loses the hermit crab minigame. This file is almost identical to the deer minigame's fanfare track, with only slight variations in the instruments used.