From The Cutting Room Floor
Jump to navigation Jump to search
This page contains changes which are not marked for translation.
Other languages:
English • ‎svenska • ‎한국어

JumpStart Adventures 3rd Grade: Mystery Mountain is a rather interesting entry in the series: Bratty half-pint Polly Spark flunks a quiz after trying to get her teacher to laugh instead of doing it properly, and when she is appalled that she gets the exact grade she deserves as a result, she decides to take advantage of the secret mountain she lives in with her father, Professor Spark, and sends his numerous robots back in time to change the course of history and make her quiz answers correct. The robot who was programmed to watch after her, Botley, is none too pleased and asks the player to help out.

Often a contender for the best JumpStart game for its bizarre plot, memorable characters, and being a rare instance of an edutainment game that manages to be fun enough to keep you playing. There's a very good reason Knowledge Adventure went to great lengths to keep this game alive for so long. 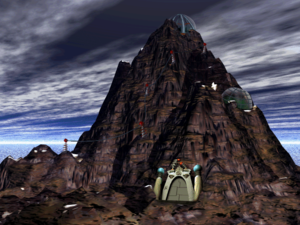 An unused background of the exterior of Mystery Mountain, showing a different design for the mountain from what is seen in-game. 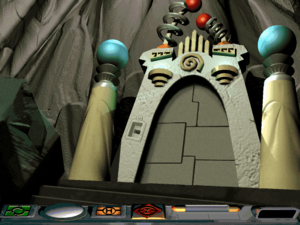 An unused version of the Mystery Mansion entrance. The spot for the doorbell is on the left side of the doorway instead of the right. The toolbar is also visible in this graphic, whereas it isn't in the final version. 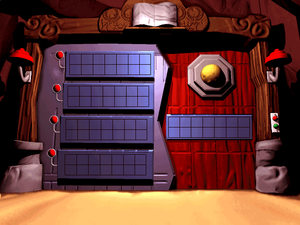 An unused variation of the background for the Music Hall Door is present in MD001.RSC. 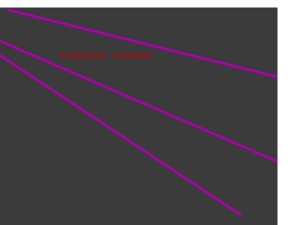 Present in BL001.RSC. While its intended purpose isn't clear, the similarly-named BL001.BAL contains voice clips for the biosphere mini-game, possibly indicating a correlation. 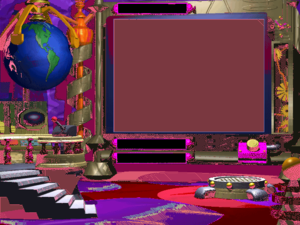 An odd corrupted-looking version of the Time Machine interior background is present in TM001.RSC.

You Should Not See This 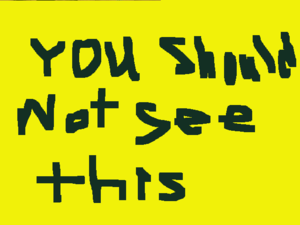 Present in CU001.RSC, which contains several backgrounds for some of the areas inside the Mystery Mansion. This only appears in the original release; in later releases it was replaced with an entirely black graphic.

This file, GE.mid, is never heard in-game despite being installed with the rest of the music. It was meant to be heard in the generator room, but in the finished game no music plays there at all. This was corrected in v1.4.

The MODULE.INI file details all the possible puzzles that can be found in each of the games. In the music hall section, three entries are skipped over - #6, #13, and #16. The first two still have their staves left over in the game, but no associated music files to actually hear them. Even though the last one has the timing data written in the INI file, it is missing its staves, so attempting to add it back into the game crashes it.

#6 is the Bridal Chorus. Note that the music heard in this video is only a recreation and not actually in the game.

#13 is Mendelssohn's Wedding March. Again, the music in the video is only an interpretation.

There's also audio for the song being played on each of the six instruments.

Released around 1998 and made a fair amount of changes, mostly affecting the length of the game.

The most noteworthy difference is the alteration of the opening. The opening in v1.0 was insanely long and had a fair amount of information needlessly repeated and almost-nonexistent user interaction. Naturally, Knowledge Adventure got a lot of complaints about this and edited it down in all subsequent versions. Below is a list of all the removed dialogue.

In addition to the above changes, v1.4 has a few more: