JumpStart Spanish is a game in the JumpStart series originally released in 1997.

An alternative design for the game's toolbar found in GAMECUBE.DIR. 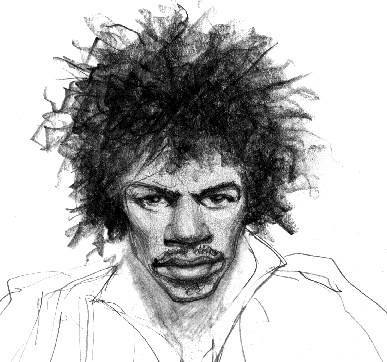 An illustration of Jimi Hendrix inexplicably appears in CALENDAR.DIR. Doesn't seem to bear any relevance to any particular part of the game. 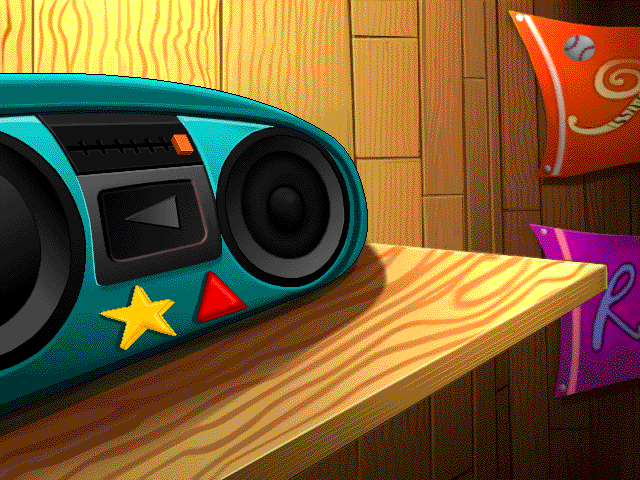 An unused background that features completely different buttons on the boom box. 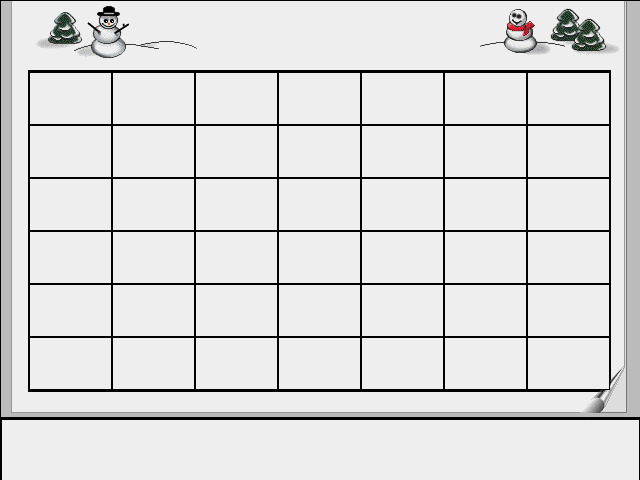 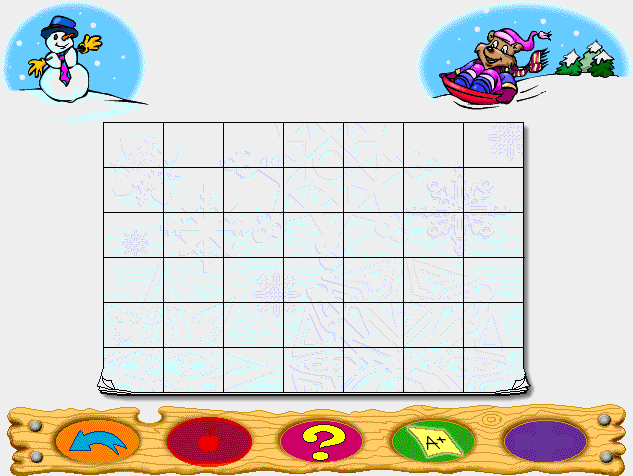 A set of placeholder graphics for facedown tiles in the memory match mode that depict the animation that would play when a tile is clicked on. Each graphic is the same size as the in-game tiles, but they use the Knowledge Adventure logo instead of the final release's artwork. Internally, the first image in the set is named "Flip1Start(OLD)" and the last is named "Flip1End(OLD)". 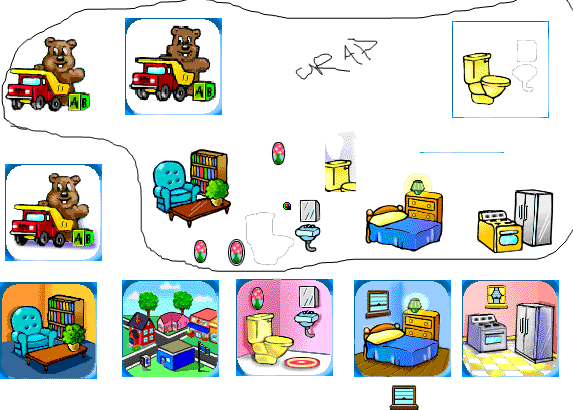 A graphic that is internally called "ICON". It contains several drafts for icons representing some of the game's categories for the Spanish words that it teaches, with a circle around several graphics labeled 'crap'. These drafts barely resemble the final release's icons, which all appear to have been redesigned from scratch. 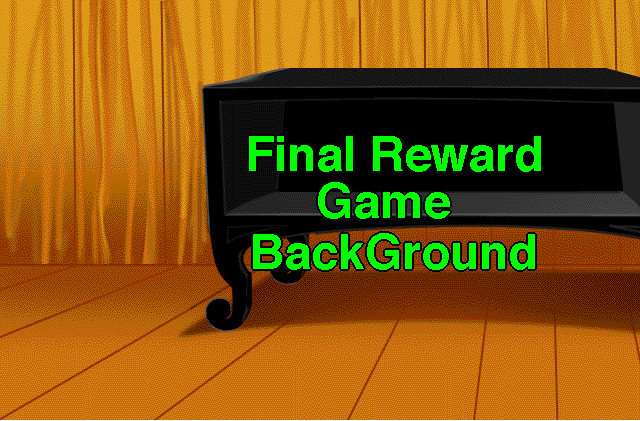 A placeholder graphic with an unfinished background with text over it. 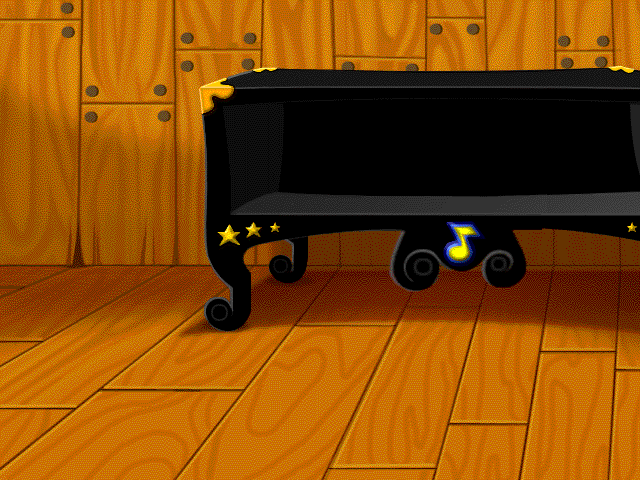 A cropped version of the music note from the above unused background.

Two more graphics for the music note, internally called "NoteUp" (left) and "NoteDown" (right). This seems to indicate that the player would've been able to interact with the music note by clicking on it.

A graphic simply containing a reminder. 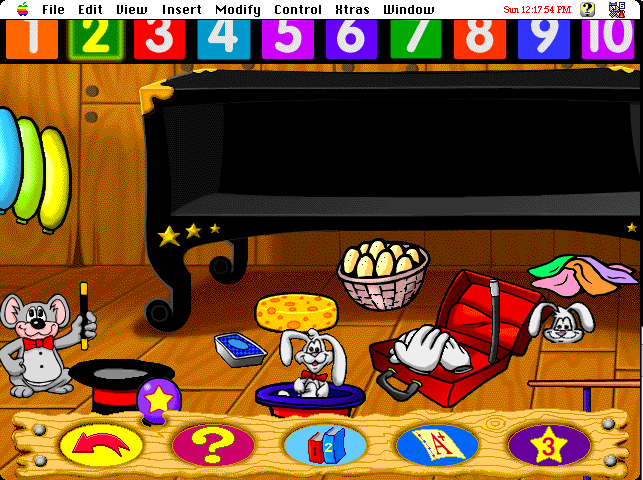 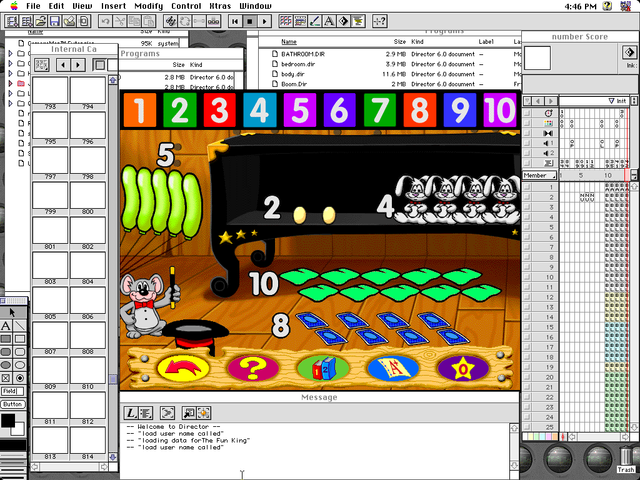 Two images that appear to be screenshots taken during development.