Phantasy Star Online (PSO for short) transitions the Phantasy Star series from 2D turn-based RPG to 3D online action-RPG. It would go on to become a hugely-influential game that would inspire multiple other online RPGs, would later be ported to GameCube and Xbox as Phantasy Star Online Episode I&II, and receive future installments following in the footsteps of PSO.

Present among the game's textures is the "HIT!" graphic used in Sonic Adventure for Gamma's stages. It may have been used as a placeholder for this game's lock-on cursor. 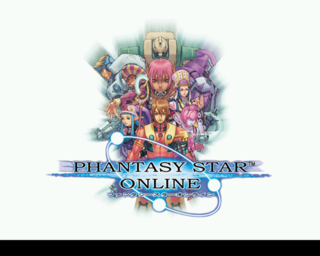 What appears to be a splash screen of the game's cover art.