Phantasy Star Online 2 (not to be confused with Phantasy Star Online Episode II) is the much anticipated sequel to the original Phantasy Star Online and a pseudo-sequel to Phantasy Star Universe, sharing numerous core mechanics with the latter and its derivatives. While English versions of the game were available to play in the Southeast Asia region, these servers were behind in updates and region-locked, and ultimately closed in 2017. Sega infamously advertised a Western release which was not heard from for 7 years until a North American release was announced again at E3 2019 along with an Xbox One port.

While there's no way to access this area normally, this is a rough approximation of how it should be, minus the objects from the original room it was force-loaded over. As one can see, there's a number of spheres with different shaders which interestingly have their own animations. There's a generic blue sky texture that goes with it, but unfortunately it has no model to go over. There's also the usual test room measurements spread along the room. The door in the building area is part of the terrain geometry and doesn't seem to open, but using a model viewer reveals nothing behind it besides a continuation of the inside of the building.

Perhaps the most interesting thing is that the grassy area is taken directly from the original city area in the earliest known video of the game, shown to the right of the test area video. Unfortunately, while there are textures that correlate to other parts of that video, the actual terrain models don't seem to exist in any known public build of the game. However, the naming conventions of these textures are a little different then those of final area textures. Dark Ragne's arena texture names make it the only area in the final game to follow that convention, and so likely one of the earliest areas finished in the game.

While in the concept art, there's also an in-game version of the original Dewman race scars which seem somewhat remniscent of the dragonkin species. A female variant can be found in 314586c89058952390b615ce5865c012 while a male version can be found in cc680fca713d2eeb9eabcc8c7e6d2162. This likely would have simply replaced the dewman skin body paint used in the final game although it's unclear whether it would have originally been forced or not.

This version of Hero finish was left unused in the files in past patches. It was recreated with its assets over another animation for example's sake. The end of the modern hero finish player animation seems to use similar frames, however the effects are entirely different and much more exaggerated than in the final game with a large, far traveling blast projectile instead of a series of localized area of effect hits.

In the final version of the game, the players using items to heal their person specifically will drink said items. Inside each of the 4 main animation archives (human m/f, cast m/f), there are 4 unused healing animations for monomates, dimates, and trimates. One is an injection animation from the alpha test of the game. This was allegedly removed after the playerbase mentioned it making them uncomfortable to the dev team during testing. The next 3 animations are 51, 76, and 101 frame eating animations that match the speeds of the drinking mate animations in the final build. Assumedly, these were an alternative to the drinking animations which are used in the final for mates. It's worth noting there are foods to eat in the final game, but all of these have always taken effect instantaneously in public builds of the game with no animation to speak of. All animations are also in the newer version of the animation format in final. 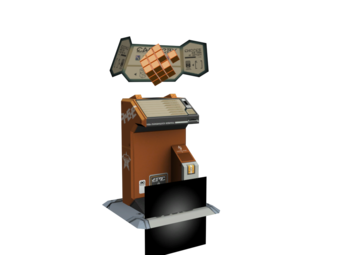 While there's normally a standard looking green storage device in the campship and there exists a yellow storage unit in the team room, this is a bit different. As "ob_0150_0015", it's next to the similarly orange challenge mode color variants of campship objects that are actually used. Interestingly, while objects go from 0 to 17 as of this writing for campship objects, object 16, which should be directly after this, is nonexistent in the files. Found in 7bfde8e2be57a825597c934fa09604ec. 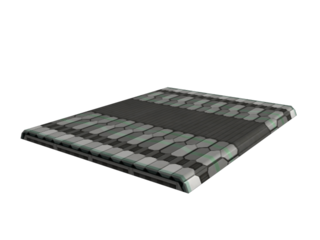 Models and textures for conveyor belts in the Ultimate variant of the Tunnels area exist in e5a880512be057ea57235c0e537f0677 and f3aa34e2800a20ea523be10d941edecc ICE archives. While the models are likely nearly the same as the originals, it's worth noting that the textures were updated to match the look of the Ultimate variant as well and appear to even be functional if used to replace the original files in the normal version of Tunnels.

Within this script, there's a failure condition for changing weapon color at the item lab. While some item lab actions can fail, this has never been one of them publicly. The action also has no cost which implies that at one point there may have been an item or currency the player must spend to attempt the action.

Located in Forest's music CPK file (3be9faae726c5ea5ec14c6c7ed9326fc) is this set of 16 audio files with the title of MAIN. The file names of these audio files LD1_forest_MAIN_XXX.hca don't really give out any information about their purpose.

Located in the same CPK files which have the MAIN audio files, these CLEAR files were used in the first alpha of the game, but were replaced with the "Road to Next Frontiers" music track (the files of which are named in the format of CLEAR_location_xx_xx.hca) when the beta version was released.

This music would later be extended to be used for the Parallel Area music.

This music can be heard playing in this alpha gamplay video.

Urban's CPK file contains these two files which are labelled as NtoB. Files with this label are used in other CPK files for the transition between the calm and battle versions of a music track, but in this case, the audio suggests that the music would transition into the Parallel Area music. This could have been used as a transition between Urban's and the unused CLEAR music mentioned above.

The CPK containing the final boss theme Dark To Light has several variants that use corrupted vocals rather than the actual lyrics. It is unknown what purpose these tracks have and they are confirmed to not be used for the solo Ultimate quest against this boss at Depth 100.