Rayman Fiesta Run is the second Rayman game in the mobile Rayman Run series, following 2011's Rayman Jungle Run. The game uses assets and music from Rayman Origins and Rayman Legends, but uses a unique endless-running mechanic and smaller levels. Unfortunately, it also saw a proliferation of in-app purchases compared to the previous game (but they're benign compared to other mobile games).

In the May 17 update, the debug font from Jungle Run found its way back. 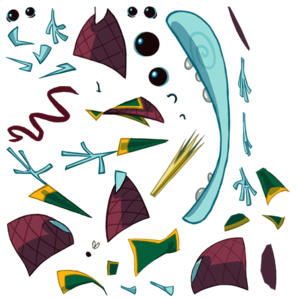 A spritesheet of the Grand Minimus, using the more simplified graphic style of Rayman Origins, is present. In Fiesta Run, character sprites are based on Legends. The strange appearance of his face is from the opening cutscene of Rayman Origins. The filename is "teensy_b1", which is strange as the regular Teensie sprites are "teensy_ax" (x being a variable), and their death animations are "teensy_cx". There are no other "b" sprites other than this leftover. 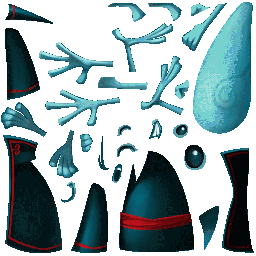 Sprites of the Goth Teensie with horrible gradient colors. 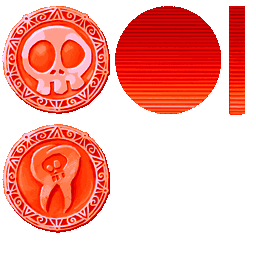 A red Skull Coin. In all modern Rayman games, these only come in yellow. 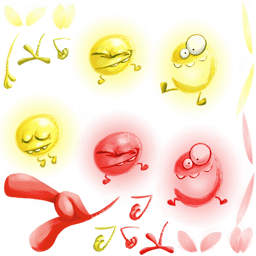 Possibly related Red Lums, which were to strike an odd pose. It's worth noting that these were present in Jungle Run but unused, and have no Legends counterpart- they were replaced by Purple Lums in Legends.

Skull Tooth from Rayman Origins. They also appeared in Jungle Run, granting access to The Land of the Livid Dead, but do not appear here.

Rayman's spritesheet includes his pose for holding on to Skull Teeth from Origins, even updated to reflect Legends-style smoothing. This would not have worked at all in this game, as the animation only ever plays at the end of certain levels in Origins. 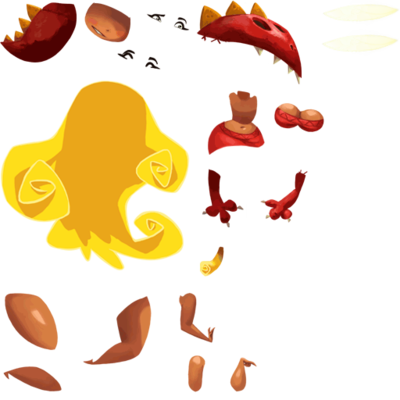 Unused sprite, it's actually the Edith Up Nymph, that is in the story in Rayman Origins, it's unused in the game. In the May 17 update, another spritesheet depicts the fairy's complete body, but it still isn't used. Its file name is now "NewFaery".

"ItunesArtwork.png" is a leftover copy of Jungle Run's icon.

In addition, certain animations from the console games are ported, but not normally seen (examples include standing still and backflipping). They can sometimes be seen for a split second as the Restart button halts the player's movement before fully blacking out the screen. The rolling and crouch-attack animations can only be seen if the attack button is pressed while sliding down certain slopes.

The localisation directory has an Excel spreadsheet file named rfr_global_loc.xls, containing all strings used in localizing the game as well as internal notes that aren't seen in gameplay. It was created by a user named Oasis, likely named after the proprietary localization tool under its name and was last modified on April 25th of 2014 by Marie Duhaime-Major, being part of the Programmer and Tools team at Ubisoft. The only sheets that contain content aside from empty data are Menus and Statistics.

The Grand Minimus is supposedly unlocked when the player collects a certain amount of Teensies. However, his selected icon lacks his trademark crown and in-level, he is replaced by the generic Green Teensie from Rayman Origins. This is most likely a mistake, as a unique spritesheet for the Grand Minimus is present in the files. A similar mistake is present in Rayman Origins: the opening cinematic shows the Grand Minimus as part of the starting party, but he is replaced by the Green Teensie once the game starts.

On a side note, his graphics are used in the iPad version on the title screen (see below). On a jailbroken device, replacing "teensy_a1.png" with "teensy_a11.png", and "teensy_c1.png" with "teensy_c11.png" will switch out the Green Teensie for the Grand Minimus in-game. A sprite of his head, meant to be used on the overworld map, was added to version 1.2 but not used.

Version 1.2 adds a folder called "lummusicmanagers", and the only file inside is "junglelummusicmanager.act.ckd". Musical lums are only used in Origins, which Jungle Run was based on.

The internal name for the flag at the end of levels is "mosquitoflag". In Origins and Legends, this flag (with a picture of the Moskito instead of a Teensie) signaled the end of a Moskito-riding section. The creatures don't appear in the mobile games at all. 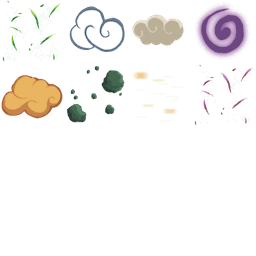 In "casa_gamedata-->fx-->common", a file called "prtcl_test_1.png" and its animation file still exist. It appears to use the graphical style of Origins.

In "casa_gamedata-->level-->wip" there are several leftovers from the testing phase. (WIP=work in progress)

A lot of other information is simply missing, like minimum iOS version and social media integration.

The filesystem suggests the game is internally named casa, which could stand for Ubisoft Casablanca, the key developer of the game.

The iPhone/iPod touch version is missing the Grand Minimus. Additionally, more light effects were present on the iPad; these were oddly removed starting with version 1.2.

2 pre-release versions (0.0.1-0.0.2) are listed under the App Store's update history, but never released to the public. The first prototype is dated September 12, 2013, more than a month before the game's actual release.

Version 1.0.0 was released on October 23, 2013, and was the initial release of the game. 2 updates were released that did not feature a specific description, so their functions are unknown.

Version 1.0.3 updated the game with a Christmas theme, including a new icon, new title screen and title screen music, and two costumes: Santa Ray and Elf (Teensie). In addition, the Facebook connect button was added next to the player's world map progress.

Version 1.1 removed the Christmas theme (but kept the characters), added iOS 7 controller support, and changed the loading screens to include gameplay hints.

Version 1.2, released May 17, was the first substantial update to the game, adding a new Candy-themed world, 2 new characters, many more (purchasable) power ups, and a "Nightmare mode", as well as removing the loading hints. iCloud support was also added. Interestingly the internal filesystem was updated, and some old leftovers found their way in, while the graphics data was filed away into the "casa_gamedata" folder and neatly arranged by category. Previously all these files were just left in the main directory.