Rayman Legends is the direct sequel to Rayman Origins, featuring a painting-inspired art style, a new main character, levels that are synced up to music, a truckload of the previous game's levels remastered, and even a tacked-on online mode!

Also notable for originally being developed and marketed as a Wii U exclusive, until Ubisoft decided to delay the already-finished Wii U version so that the game could be released as a multiplatform title instead due to ZombiU underperforming. The response to this move was... mixed, and that's being generous.

Like in Rayman Origins the game has debug commands which can be activated through the game's cmdline function. Unlike Origins these are passed in as launch arguments when launching the game executable. These have also been disabled in the Steam release and only work in the Uplay version. Passing in several commands can be done with the delimiter being a semicolon. An example of commands would be: "map=world\adversarial\soccerpunch\soccerpunch.isc;player_nodamage=1" which would result in the Kung Foot map being loaded with the player being invincible. 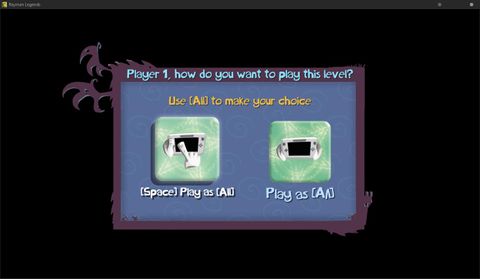 A weird map which seems to be used for setting the Wii U GamePad controls. Most likely a leftover from the Wii U version. 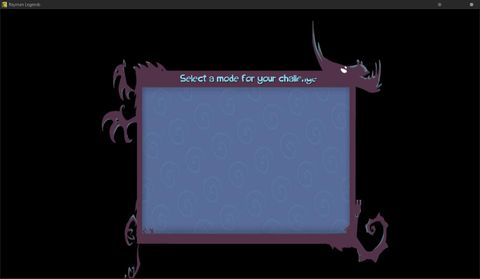 Another menu scene, which is most likely a leftover from when you could create your own challenges and send them to friends.

Inside the files exists multiple text strings which relate to quite a few unused features:

A string which suggests that at some point players were able to give tickets to their friends in-game.

Most likely related to the above string, or another potential kind of gift, maybe items for example.

A string which mentions a feature where the Bubble Dreamer would place lucky tickets back in paintings every day.

Two variants of a string related to the 8-bit levels.