Skylanders Ring of Heroes is a Skylanders mobile RPG with gacha elements done by Com2us in collaboration with Activision. The game casts the player as an Earth portal master who has ended up in Skylands thanks to one of Kaos’s latest schemes, and must now aid the Skylanders in fighting bad guys and retrieving the powerful Book of Dark Magic so they can get back home.

The game was shut down on February 28th, 2022 due to the at the time oncoming expiration of Com2us and Activision’s licensing agreements for the game, resulting in a wealth of planned content going unused. 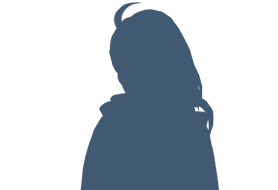 An unused gray and white version of the Cube items from Version One of the game, simply labelled "Cube."

English and Korean language banners for the revamped game's focus group test, which are present in the game's files from version 2.0.0 and onward.

An extremely short video labelled "CreditScene" can be found in the game's files, seemingly intended for a proper end credits sequence that was ultimately scrapped.

Similarly, a dual login and Hot Time event in September 2021 was marketed as an event for the Korean holiday of Chuseok in the game's Korean translation, but in all other translations it was just a generic event.