Yoshi's New Island is the first Yoshi's Island game on the Nintendo 3DS, and quite possibly the most polarizing entry in the series for a variety of reasons. The biggest disappointment is that, despite the title, it didn’t do anything "new" to the series at all. Even the Giant Egg mechanic feels more tacked on than anything. Although a fun game on its own merits, it's considered very weak compared to the games immediately before and after. 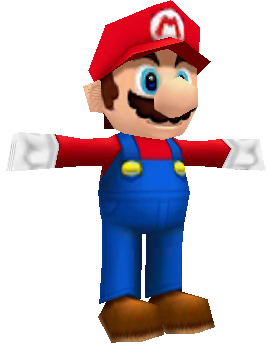 ev_mario.bch is an unused model of Mario as an adult. While the adult Mario does appear in the game, it's only as a silhouette in the ending.