Yoshi's Safari is a first-person Super Scope game where you shoot things, as you'd expect.

An animation of Mario running meant to be for a cutscene, but he never runs on his own.

A sprite of Mario looking down while riding Yoshi, also meant for a cutscene.

The Japanese logo appears to be made of wooden planks and has a couple of Bullet Bills forming the dots of the ン kana, whereas the international logo has a simpler bamboo-like theme. The sky was also made a bit brighter.

Yoshi's Safari checks to see if any SRAM is present while booting up. If it detects any form of SRAM, it will throw up a warning screen instead of starting the game. It does this by copying the internal ROM name from $00FFC0 to addresses $700000, $701000, $702000, and so on. It then reads back these values; if any of them are equal to the original string, it will throw the error. Since the game normally has no internal save memory, writing to these addresses would result in no changes. 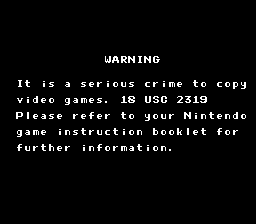