The Mario's Early Years series is a bland educational game series that is nothing more than a bunch of generic mini-games with Mario characters slapped on to it. 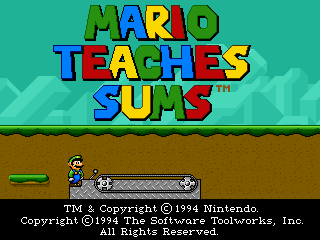 The voices were also changed.