This page details one or more prototype versions of Mario Kart 8 Deluxe.

On November 20, 2022, a prototype build of Mario Kart 8 Deluxe that was apparently recovered from a Switch ODIN-eMMC was anonymously leaked online through a (now taken down) archive.org link. Built on October 18th 2016 with a timestamp of 09:37:23, this prototype is from 6 months before the retail game's release, and only 2 days before the Switch itself was revealed to the public. On top of that, debugging features are enabled by default.

The layout of the pause menu is different and not fully localized. 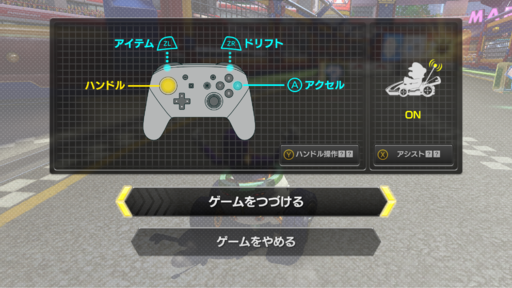 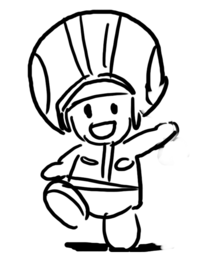 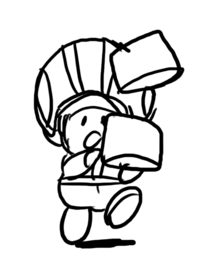 Unlike the final game, this build has access to unique debugging functions.

A livestream where the debug controller input features are explored in depth. A better video will be made.

With a debug controller attached, you can do special inputs that cannot be done on a retail controller.

A debug menu with simple controls can be accessed when pressing Start and Select at the same time. It allows you to tweak many variables, edit/initialize your save data, navigate to scenes, simulate network play, play replays and also run scripts. 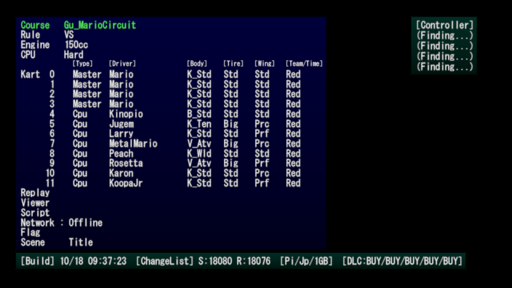 A simple message checker, allowing you test message displays from a given message ID, also with a flag to set if using a confirmation popup. It shows a cursor but it isn't really visible due to the layout it uses and text color is white so it's probably wise to remember what you're selecting. 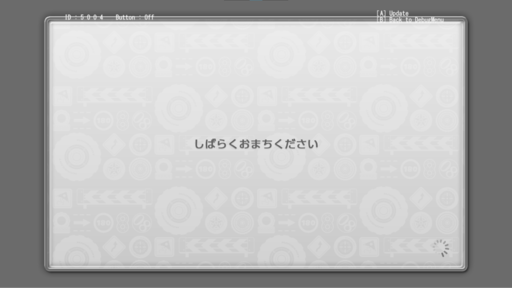 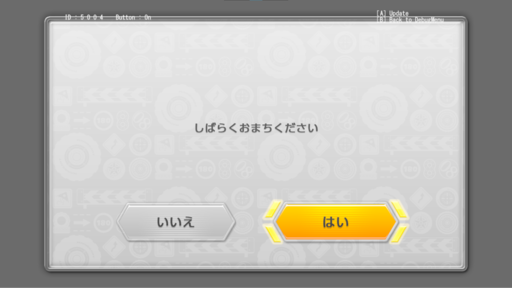 Printouts of scripts are printed on the screen and log are written to the SD Card in Gear.

A debug text preview displaying what could be seen as a render time and HEAP usage of elements loaded on the scene. It only appears if a debug controller is connected to the game. The 'Debug Controller' text is not a part of this, it is a separated debug feature determining which Debug Controller setting is set to the debug performance bar (?). 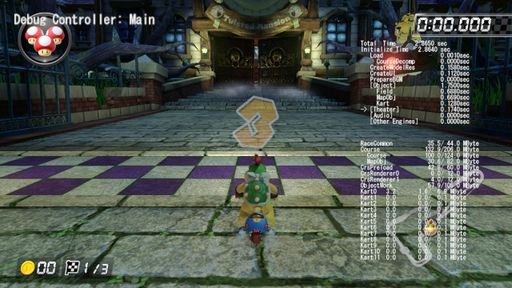 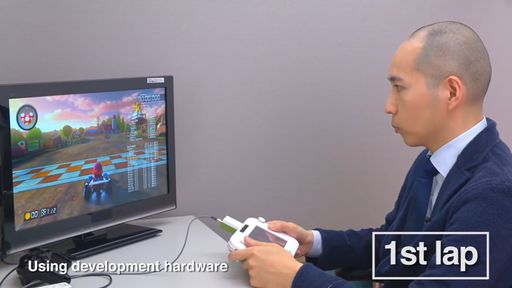 The feather item crushes the hit opponent when going over them instead of causing them to spin out.

There's 2 extra bgms present in this version, which is a bfstm of the staff credits and the time trial start race (BGM_STAFF_CREDIT and BGM_START_GRID_TA). They don't have any differences however.