A debug menu that was used during development.

It can currently only be accessd via the Cemu emulator by enabling the Quickboot graphic pack under Mods and setting it to RomDebugTitle (5). 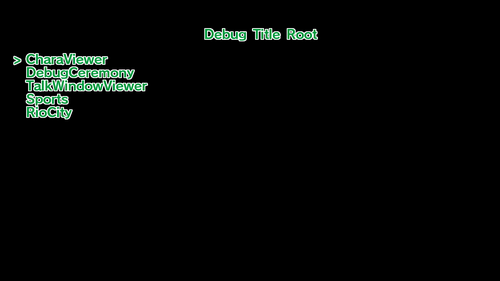 Allows you to view character models, their animations, and numerous terrain in the game. 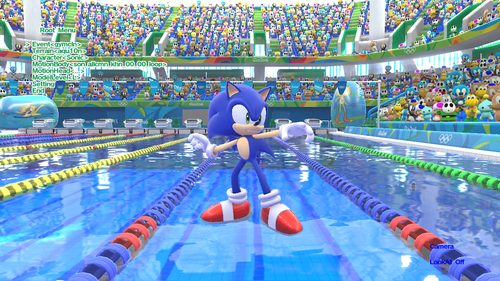 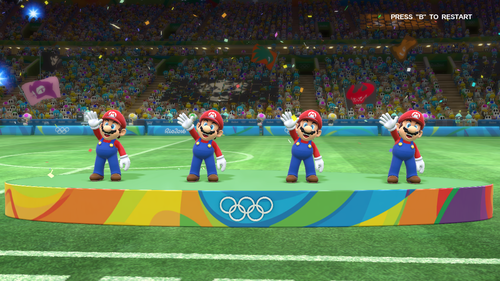 Allows you to view the dialogue boxes that appear in the game. 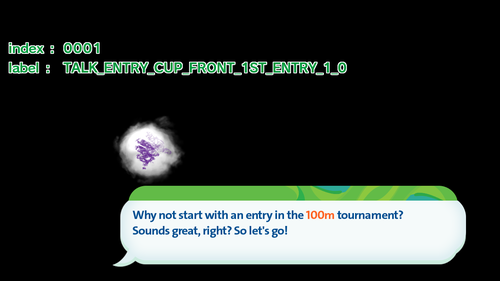 Allows you to quickly go into an event.

Takes you to the main hub of the game. You cannot re-enter the debug menu after doing this.

Seen when loaded into a few of the event locales via the Debug menu are a few placeholder graphics used for a some of the TV screens. 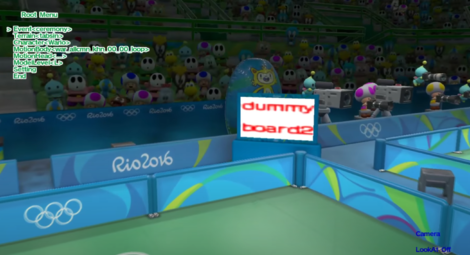 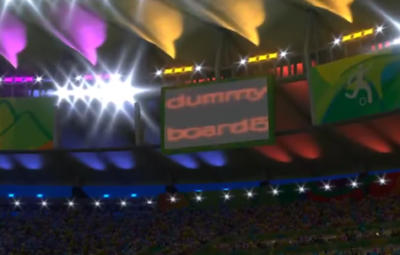 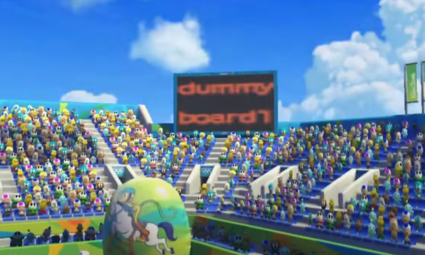 In-game, Jet, Toad, and Diddy Kong's solo victory screens cannot be seen due to being exclusive to 4-person team events, which do not show the Gold or Silver/Bronze animations during the award ceremony. Because of that, their Gold and Silver/Bronze medal animations can only be seen by using the aforementioned debug menu.