The Master System Sonic Blast is a bad port of what's considered one of the worst Sonic games ever.

That can't be good. 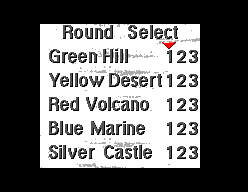 Set address D140 to FF at the title screen, then start the game. The Game Gear version's button code is unusable here due to 1 serving the same function as Start (starting the game and pausing).

Unsurprisingly, the Master System version contains the same generic error handler as its Game Gear counterpart. The code is identical and just as unlikely to ever actually run.

A leftover build date from the Game Gear version is present at 0xC0: