A 2004 PC port of Sonic Adventure DX: Director's Cut that, as was standard with other PC ports of Sega games at the time, is pretty poor. 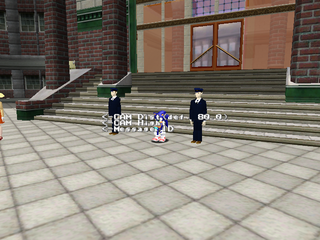 Setting 0x3B29D08 to 1 in Cheat Engine will enable a Debug Movement display showing all invisible walls and inactive objects on the map. This also enables Free Movement mode for every character, except Tails, moving around for a bit will also activate a display. 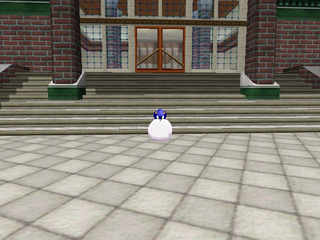 The Collision Debugger from the Dreamcast version is also present, but it has been almost completely removed.

The TGS menus from the Dreamcast version are still present, to access it, replace the seven bytes at C53A in sonic.exe with seven 90 bytes, or install the "TGS Menus" mod from this page.

The menus haven't been updated for 60FPS, Tikal's theme starts playing after a sixth of a second, the title screen lasts 2.5 seconds and the character select lasts 10 seconds, the fading is also broken.

In the Dreamcast version, pressing the X and Y buttons together would bring you to a Level Select, but in the PC version, the game strangely exits.

In the same section of code is a Level Select, though there's no known way of accessing these normally. The code to display the text was removed, though it still functions. The game mistakenly loads the player in "Adventure" mode in the Action Stages without setting an Adventure Field to return to, so selecting the "Quit" option from the pause menu simply puts you in Hedgehog Hammer (level 0).

Earlier versions of Sonic Adventure included a SPR Debugging feature displaying various functions. It's unknown if it can still be accessed, but some of the text still exists.

There is a Japanese level list in the main executable (pointer table at 50A250 in US PC sonic.exe), which is not referenced by any code.

There is a Free Movement mode that can be used to fly around, this is also in the Dreamcast version. It can be found by changing the Action ID to 87 for Sonic, 57 for Knuckles and 53 for Amy.


Free Movement mode seems to be partially removed from the game. Big's Free Movement can be seen by setting his action to 59, but the only remaining feature of it being the way his arms move when pressing the buttons to move up or down. Tails and Gamma don't have free movement mode at all.

Leaving Free Movement mode puts the character in an action natural for the current stage. For example, in Icecap and Sand Hill the player will regain their board upon leaving free movement mode. This is the same for stages such as Perfect Chaos, which drops the player as Super Sonic.

Differences From Prior Versions

The way lighting works is different compared to the Dreamcast and GameCube versions. The GameCube version replaced the original palette based "Lantern" engine with something more generic. The PC version's lighting engine is even more simplified. The player's lighting changes depending on the camera angle while level lighting is extremely bright. The PC version also ignores built-in vertex lighting that's not attached to the level model.

The textures are re-compressed into PVM files, thus making the PC version (and later versions based on it) have the worst-looking textures.