Sonic Generations for the Nintendo 3DS is the only portable and only Nintendo variant of the hedgehog's 20th anniversary game, featuring a different selection of levels and gameplay styles than the console version.

A little 16x16 green square, found in Emerald Coast Act 1's foreground assets. Not much information can be gleaned from its visual appearance, but its internal name is "test".

"DebugFont" and "DebugFontTerminal" are stored in the System directory. The font normally used by the game is named "system_font_12_03", and is located in a separate Font directory. 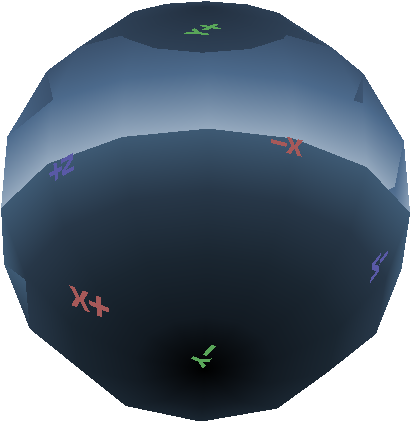 This model can be found in the System directory alongside other test files. It's a simple sphere with large markers denoting the 3 axes (x,y,z).