Despite these additions, it's generally seen as the inferior version due to unfixed (and in some cases worsened) bugs, a somehow less polished art style (i.e. every main character has more plastic shading, clashing with other characters, and lighting is less polished), and having none of the DLC.

This page lists unused content exclusive to DX. For content that appeared in the original version, look here.

Early versions of SADX had arrows on the floor in Twinkle Park Act 2. While they were removed from the level model, their texture still exists.

Files from the Sonic Adventure DX demo on the GameCube Preview Disc can be found. 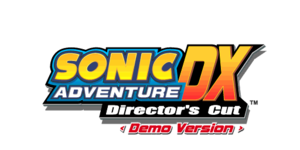 The logo for the demo version of the game can be found in ava_gtitle0_SHOW_e. 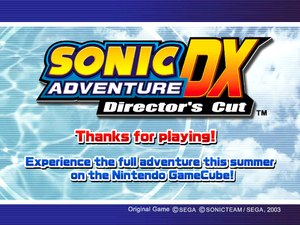 The character select screen names used in the demo can be found in b_chnam_SHOW_e.

While the Dreamcast version's choppy water was replaced with a new animation in DX, the old textures used for the Past and Egg Carrier are still present as "PAST02" and "EC_SEA" respectively.

While most of the hidden or unused objects in the game were present in the Dreamcast version, a small number of objects are exclusive to DX. 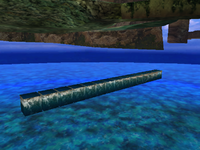 Underneath the ground near the waterfall in Mystic Ruins is a row of 15 blocks which are normally never seen. 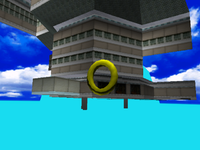 There is a hidden ring exclusive to DX hidden behind City Hall in Station Square.

DX has many leftover files on the disc, including from the original Dreamcast version, Sonic Adventure 2: Battle, and the DX demos. 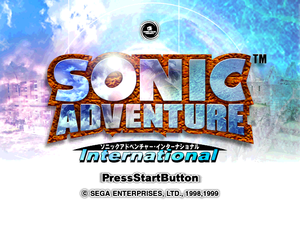 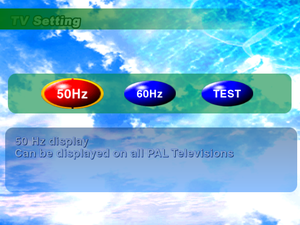 The TV settings menu still exists in the GameCube version despite it being inaccessible. However, the text has layering issues and none of the options function correctly. Pressing cancel will take the player to the Options menu.

Furthermore, a number of extra texture files can be found for certain areas of the game containing textures from their Dreamcast counterparts:

A number of leftovers from the Dreamcast version's Chao Transporter can also be found.

As Tikal was removed from the Station Square Chao Garden in the GameCube version, the lines used for her appearances there go unused. 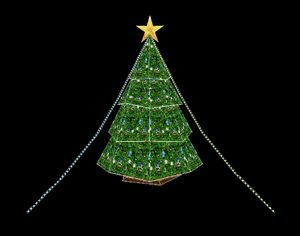 The tree used for the Christmas 1999 DLC still exists in the files.

Also present are a few songs that were used for DLC in Sonic Adventure but weren't carried over to any other rereleases:

The Principal, Transporter, and Black Market's text files were implemented in a modified form for SADX. However, for some reason the original versions of each file from Sonic Adventure 2: Battle are still on the disc and can be found in MsgAlItem_e.bin, MsgAlKinderBl_e.bin, MsgAlKinderPr_e.bin, and MsgAlWarn_e.bin.

A few tracks from the Sonic Adventure 2: Battle Chao Garden also exist as leftovers in this game. 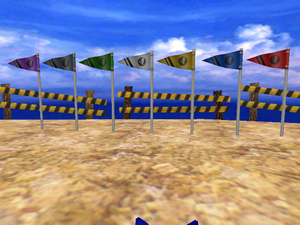 The collectible flag object used for some missions only ever appears in red and yellow variants, but five more colors (blue, white, green, gray, and purple) are defined.

There is an unused type of mission that requires you to collect items in a specific order. It seems that it wasn't finished, however, as collecting the wrong item simply doesn't count it, making the mission unwinnable until you restart the level.

Object ID 12 in the Mission Mode object list, named "Mi_TEST ", is an object used for testing. It revolves around the player, following them as they move, and can be controlled with Controller 2: Up and Down alter the speed (Up moving counterclockwise and Down moving clockwise), Left decreases the revolution radius, Right increases the radius, and A causes the menu confirm sound to play.

The file prs.prs is a compressed copy of the batch script used to compress the Game Gear ROM images for the game. When decompressed, it reads: