This page details one or more prototype versions of Sonic Advance.

The near-completed prototype version of Sonic Advance dumped by Orengefox of Sonic Retro. Just about everything's here! Just a few changed bytes here and there. 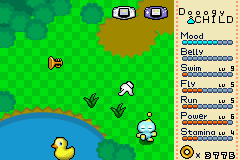 The prototype's header is SONICADVANCEASOE8P. The "E" of "ASOE" is the US reigon code, while "8P" is the company code for SEGA. The final release of the US version has a header of SONICADVANCEASOE78, including THQ's company code of "78". The only final release to have its header include SEGA's "8P" was the Japanese release, with the European release instead having "6W", from another company associated with SEGA. Since the prototype was near the final version, it can be assumed that THQ picked up US publishing rights near the end of the release process.