This page details one or more prototype versions of Sonic Shuffle. 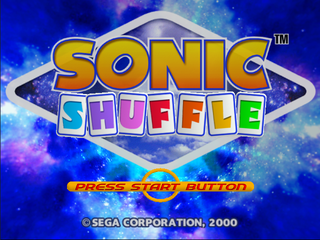 A version that was given to Sega of Europe to test before the game's release was dumped by Laurent on the now defunct AssemblerGames. There's little to no differences aside from the debug features. 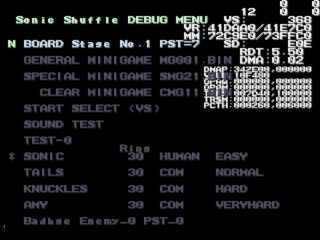 Holding Y while the game is booting will let the player access the main Debug Menu.

Even though this prototype is a build of the European version of Sonic Shuffle, the original MOJI.PVM file from the US and Japanese version is present on the disc.