Finally, for once, a version of Sonic 1 that isn't a straight-up emulation, Sonic Jam and the really lackluster Game Boy Advance version aside. Powered by the fan-made Retro Engine, this version boasts a constant 60 FPS, smoother animations, a removed speed cap, widescreen, a save function, three playable characters, and much more.

Incidentally, this version was released as an update to the existing iOS version, which was an emulator + ROM.

This, along with the iOS remakes of Sonic CD, Sonic 2, and a brand new version of Sonic 3 & Knuckles, is part of Sonic Origins. 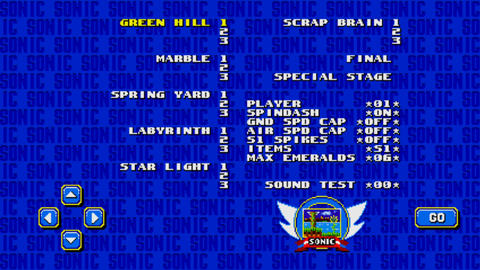 Start a "No Save" game and choose a character. On the SEGA logo screen, tap the letters S-E-G-A in that exact order once the entire word appears, or if using a controller press Up, Down, Left, Right at the title screen. If done correctly, you will hear the ring chime. Then hold two fingers on the bottom of the screen and wait (hold the jump button and press Start if using a controller). After the title screen appears, you'll be taken to a Sonic 2-style Level Select.

There are several options aside from selecting levels and the Sound Test (they seem to become unlocked in the options menu though when you beat the game or perhaps fulfill other special requirements): 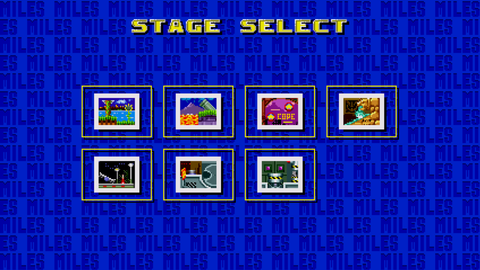 An alternate level select can be seen by either choosing the save file of a completed game, or placing an Animal Prison/Goal Sign at the beginning of Final Zone. It is fairly barren, lacking Zone names, options, and the ability to select anything but the first Act of a Zone. It is also not possible to access the Special Stage from this menu, though there is clearly space for it in the bottom-right corner. 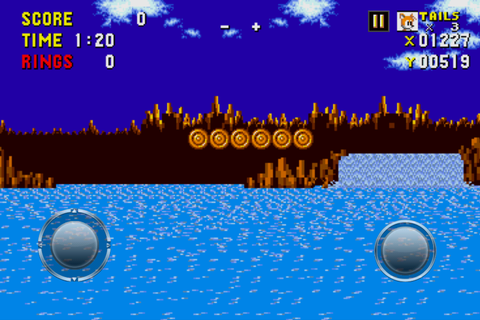 Interestingly, the debug mode allows placement of many, many items that are not present in the main game. It seems the developers looked into the unused content from the original game, finished coding them, and left them unused. This cut content may have been meant to be restored in this port, but ultimately re-cut at the request of Sega as was the case with the 2011 Sonic CD. 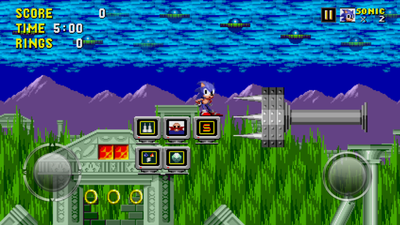 Eighth Special Stage and its Editor

The eighth Special Stage does not appear in-game by default; it is a custom level that must be created in a special editor and saved before it can be accessed in-game.

To access the editor for this Special Stage, enter the Stage Select with debug mode enabled, play sound 07 from the Sound Test, and select Special Stage.

The default layout in the editor is nothing but the word "custom" spelled out in generic Special Stage tiles. Upon entering debug mode, you will find three tiles that are not available anywhere else in the game: Load, Save, and Clear icons. You can delete individual objects with the aforementioned prohibitory sign.

After creating your Special Stage, go to the Level Select and set Max Emeralds to 7. Now your custom stage can be accessed during gameplay, or by playing sound 07 from the Sound Test and selecting Special Stage (helpful if you want to test your Special Stage). In both cases, debug mode will not give you the Load, Save, and Clear icons.

Buried deep in the scripts for the game are references to a cut Zone abbreviated as "MBZ". Every badnik script performs a check for "Zone07", and to load "MBZ/Objects.gif". This file doesn't exist in the RSDK.

Interestingly, the files for Sonic 2's unused Egg Gauntlet Zone are all abbreviated "MBZ", and it also makes a reference to an unused sound file called "MarathonBase.ogg". It's likely that Marathon Base was an early attempt at a boss attack level, even earlier than Egg Gauntlet, but the exact development timeline is unknown. 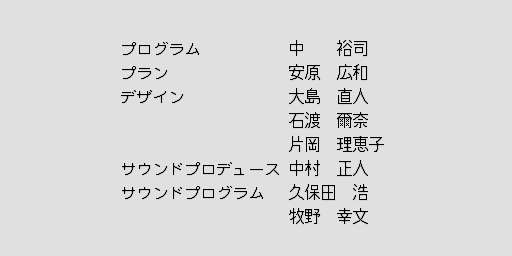 The hidden credits are still present. To see them, start a "No Save" game and choose a character. On the SEGA logo screen, tap the letters A-G-E-S in that order once the entire word appears. Alternatively, if using a connected controller, press Up, Down, Down, Down, Down, Up at the title screen. If done correctly, you will hear the ring chime and the credits will appear.

Additionally, Tails' name will change to "Miles" during gameplay.

Each character's animation files have several unused entries, most consisting of empty frames. The only unused animations that have frames are Super Peel Out and Corkscrew H. For Sonic, the Super Peel Out animation is, well, his Super Peel Out, for Tails, it's his fast run animation, and for Knuckles, it's just blank. For more information, see the unused sprites section. For the Corkscrew H animation, Sonic and Knuckles' versions use seemingly random parts of their spritesheets. However, the animation values are actually from one of Whitehead's previous fan game projects, Retro Sonic, and weren't updated to the new spritesheets used in this game. Tails' version of the animation is just blank. It's worth noting that all of these animations also appear in the 2013 remake of Sonic 2, although the latter two animations have Corkscrew in their name replaced with Twirl, and Sonic's animation file replaces Sliding with Flailing 3 which does get used.

Most of these are, unsurprisingly, leftovers from the original Genesis game.