That's pretty much it. Oh, and there's no story mode.

An unused localized logo for the game exists in this .bin file. It's very similar to the Mario Party 5 logo, but with a few key differences.

The file select menu has a few unused graphics.

The Minigame Tour bus has many unused textures, with primitive models of the characters.

A crudely drawn graphic that reads "Test Board" with a large-nosed figure in the bottom corner.

Replace w01.bin (data Folder) and w01Dll.rel(dll folder) with selmenu.bin and selmenuDll.rel, or use one of the below Gecko codes. Start a new Party Mode game and select Towering Treetop as the board. Once the game starts, you should boot into a debug menu!

This unused font has been used for the debug menus since Mario Party 4, and was to be used for all future Hudson Soft games with debug menus on the GameCube and Wii. 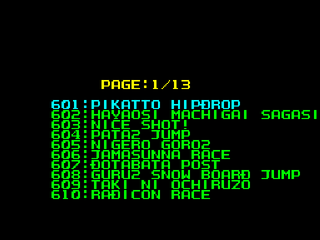 This is the same debug menu from Mario Party 4. The mini-game titles have been changed again.

Before a mini-game is played, the same rudimentary character select screen from Mario Party 4 appears.

Selecting "MESS CHECK" will bring up a message test menu. 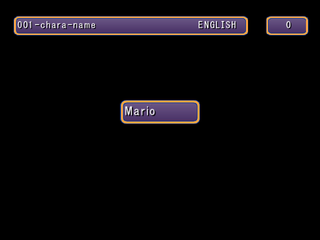 Replace w02.bin (data Folder) and w02Dll.rel(dll folder) with saf.bin and safdll.rel, or use one of the below Gecko codes. Start a new Party Mode game and select E. Gadd's Garage as the board. Once the game starts, a test map should appear. 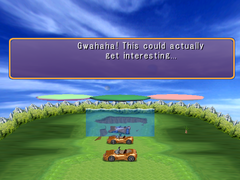 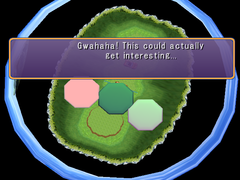 An odd assortment of objects are included in this test map: three brown cars, a wall of water, some kind of plant, and three floating platforms.
The terrain is mostly flat with a single hole and hill at the poles. 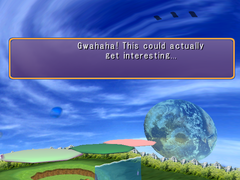 Some Story Mode dialogue pops up at the beginning. It doesn't disappear.

Since there's no player character here, interaction with this map is limited.

Use the following Gecko code to place an item into the first slot of Player 1's orbs. XX is the Orb ID.

Using this will activate a camera debug function. 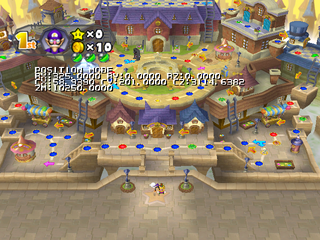 Using this will activate a warp debug function. 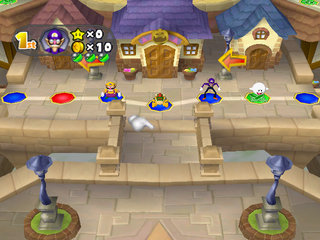 While this can be used, it doesn't appear to do anything.

Despite what their descriptions say, these orbs actually can be used.

This would be a counterpart to the Boo-Away and Snack Orbs. For whatever reason, it's not used. There are no unique orb graphics for it and there doesn't seem to be any surviving activation text. 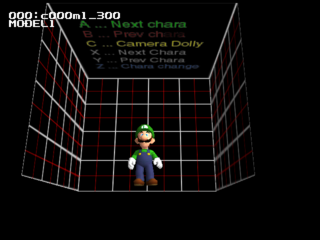 Enter one of the below Gecko codes, then choose Faire Square as the board. The controls at the top of the cube are actually incorrect. 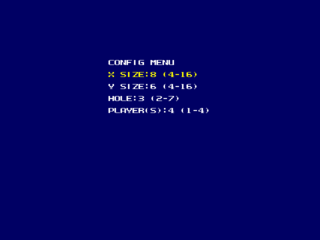 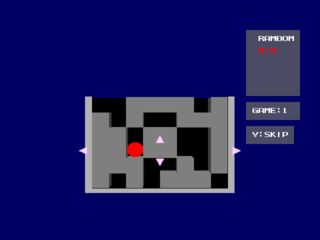 Enter one of the below Gecko codes, then choose Snowflake Lake as the board. You'll be taken to a very unfinished minigame where you place a red ball at the top of the playing field and move the platforms below to get it to the bottom. Parameters for the playing field can be chosen when the game starts up. The only way to exit the minigame is to reset the console. 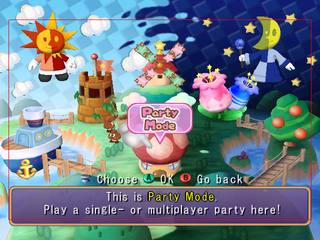 Enter one of the below Gecko codes and you will see the screen surrounded by red borders which specify the region of the screen that is safe for UI elements to use. The borders specify that anywhere within 16 pixels from the horizontal edges or within 40 pixels of the vertical edges is not safe to use. 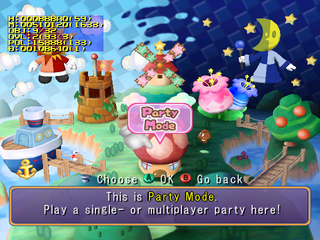 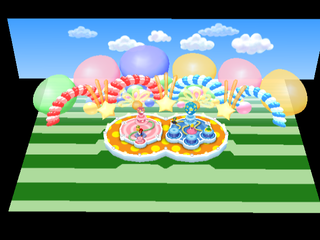 Pop Star has a green-and-white-striped floor surrounding the main platform which is mostly obscured in-game. Only a small section of green is visible at the bottom of the screen. 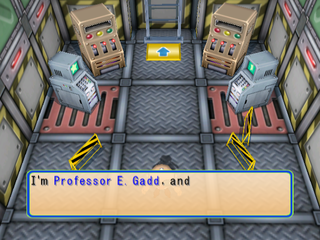 Lab Brats has an arrow texture in the small room where E. Gadd talks to you that can't be seen in-game, as it's completely obscured by E. Gadd's head.

The text is slightly different between versions, and the European/Australian versions add color to the warning symbol and site link. Meanwhile, the Japanese version doesn't have this screen at all.

The American and Japanese versions are identical except for the logo and "Press START" text. The European/Australian versions replace the latter with a choice between starting the game or accessing the language menu, only found on these versions of the game as is typical for console games of the time. They also reformat the copyright text to fit on one line instead of two, as well as updating it to reflect these versions having been released in 2005.

The four luck-based minigames (Same Is Lame, Trap Ease Artist, Pitifall, and Trick or Tree) are not played in Endurance Alley in the European and Australian versions, due to...well, the inevitable possibility of the player getting unlucky and being forced to break their streak.

In the European/Australian versions, the time limit for Fruit Talktail is 72 seconds instead of 60. This was likely done because the minigame would have likely been too short with all gameplay in the PAL version being unoptimized for the slower speed, except for the timer.

In the Japanese version, the mini-game Garden Grab uses daikon radishes instead of carrots.

In the European/Australian version, Battle spaces have a lightning bolt on them as opposed to an uppercase "B", making them somewhat resemble their Mario Party 2 counterpart.

In the Japanese version, Brighton and Twila have voices, and the mini-game announcer is the female one from the previous two Mario Party games.