Mario & Wario is that game with Mario and a bucket. It was planned to be released outside of Japan, getting box art and a Nintendo Power preview, but was probably cancelled due to the poor sales of the SNES Mouse games that weren't Mario Paint.

The bucket (which also appeared in Wario Land: Super Mario Land 3) later made a cameo in Kirby Super Star as a Great Cave Offensive treasure, while Game Freak included a reference to the game in Pokémon Red and Blue (which likely went over most English-speaking players' heads). 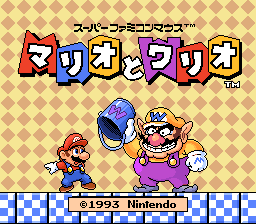 Compressed graphics for this character exist at 0xB147E.

Pro Action Replay (PAR) code 7E1C0305 enables a few debugging buttons on Controller 2. Press any of these during gameplay: 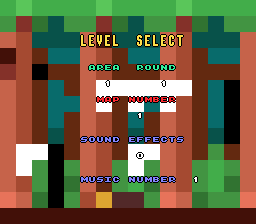