Combining a greatest-hits collection with a brand-new game, WarioWare Gold has more microgames than any other game in the series: a total of 316 of them, many of which come from previous entries in the series. It's also notable for having fully-voiced cutscenes in each language, with English speakers getting to hear Charles Martinet having the time of his life as Wario.

The source IDs for all the sound archives are present in the Sound directory. 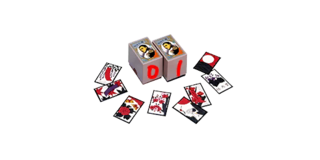 A dummy picture of Nintendo Hanafuda cards found in Toy/NintendoCollection/Texture/Nincolle_Dummy01.ctpk, and the other four dummy files in the same directory.

An image of Wario's body with a shirt on, arms clutching his stomach. The fact that this only exists for his skinny body on Level 1 suggests it was scrapped rather early.

With all the other preview images for the microgames is a test image of this microgame, with text reading "petit-game thumbnail" in katakana. Oddly enough, the bomb and its fuse are left in the corner of the image.

There is a seemingly unused version of Ashley's boss stage, with a different background and possible debug text found in the same set of images.

A different preview image with the text "Last one!" instead of "Only 1 left!".

The poser's body with a blue speedo and a gold one.

The example body with unused colors of speedos, only grey is used in the actual game.

An unused orb-like object to slice.

A treasure chest much like the one that appears in the GBA version of the microgame.

Unused sprites of Wario running, meaning the rolling ball portion from the original microgame was going to be implemented as the last difficulty level. However, these sprites lack Wario opening his mouth. 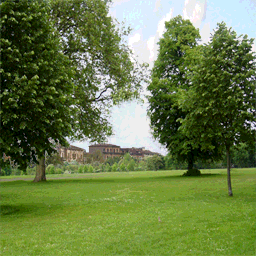 A picture of an outside area. You never go outdoors during the microgame, so it's unknown what this would really be used for.

If you complete the microgame, you'll hear a bit of music on the radio before it cuts out. The actual song files are longer than what can be heard in-game.

An extended version of the minigame title theme can be found within the game's files where the minigame songs are kept.

A song from the Paper Plane minigame in WarioWare, Inc.: Mega Microgame$! can be found in the game's music files under the name "SEQ_M_MINI_XXXX1". This suggests that this was considered to return as an endless minigame in the Toy Room.

An unused, longer version of the music heard in the microgame, not heard anywhere in-game. Interestingly, it is found with other full versions of songs featured in the minigames, implying that it was going to have one of its own.

An unused, early version of Penny Crygor's story intro cutscene can be found in the game's files as test.moflex. This version uses hand-drawn graphics by the game's character designer Ko Takeuchi, complete with early designs for the Crygor lab in the background.

Interestingly, it seems someone at Nintendo doesn't like this cutscene being posted on YouTube, as pretty much any upload there gets manually blocked worldwide.

The original release accidentally swapped the X and Y buttons on the 3DS and 3DS XL models. This was fixed in v1.1.