In Wario: Master of Disguise, Wario decides to hit it big after watching a TV show about a master thief. He makes a device called the Telmet, which he then uses to enter his TV and take the show for himself. With gameplay and an art style that departed from the normal look and feel of Wario games, it was met with mediocre reviews. 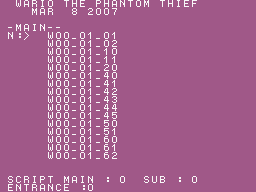 A Debug Menu exists in all versions of the game, and can be accessed by using the below Action Replay codes.

Hold L when the screens fades to black, and you’ll be taken to the Debug Menu. Pressing Select will also instantly bring it up, though it may lock up the game depending on where you are. Do NOT pause and unpause the game, as doing so will freeze the game if attempting to bring up the menu. It's advised to enter the Debug Menu from the title screen when first booting up the game. If the top screen fails to display when going back to the Debug Menu, press L+Down, then pick a screen in SUB to fix it.

When you’re in the Debug Menu, L and R buttons switches between pages (MAIN, SUB, DS), Up and Down on the D-Pad selects the screen. Left and Right reveals the next or previous set of screens/levels, and A will take you to the desired screen/level. A few parameters can also be set, like SCRIPT MAIN, SUB, and ENTRANCE. B toggles SCRIPT MAIN. Y toggles SUB. X sets the entrance, though it's unknown what exactly this option does.

Alternatively, use this less complicated version:

Just hold Select whenever the screens fade out to reach the Debug Menu. These codes only work well in the menus and screens, they have no effect in-game.

There’s the following strings of text in the Debug Menu; "WARIO THE PHANTOM THIEF" which is possibly the game's working title, and a build date. 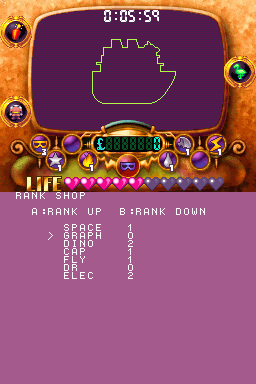 Rank Shop: Sets whether any of the disguises is in possession. A button sets the highlighted disguise to "on", pressing A one more time upgrades it. B takes away the disguise. 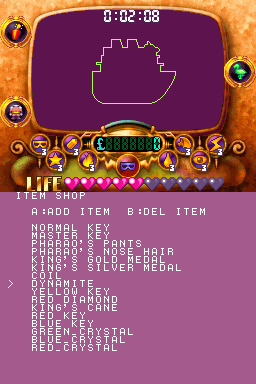 Item Shop: Sets what items the player has obtained. The A button adds the selected item to the status screen at top, B removes it.

Tilesets belonging to an early level (MAP256, specifically) exist in the game.

Selecting EKAKI in the Debug Menu, and using any of the below codes will display a set of graphics that never appear anywhere else in the game. Interestingly, they seem to be early designs for the treasure pictures in Wario's coffee table book. The first picture doesn't have any description, and instead shows garbled tiles. Touch the garbled icons that blink at the bottom of the touch screen to shift between the images.

A image of Wario picking his nose. Note that this was not extracted from the games internal files, but found by extensive sprite hacking. The right image shows what it looks like when all parts are joined. They can be viewed on the title screen with the below Action Replay codes. 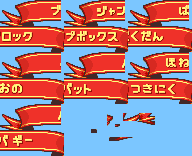 Graphics for ribbons can be found as well. They all go unused in the final game, but can be seen by using the below codes and selecting EKAKI in the Debug Menu. The ribbon parts in the above image have been cleaned and grouped together in one set for better viewing, as every part were originally separated along with some garbage tiles around them.

Like the above unused image, the ribbons all come in chunks. By piecing them together, they form the ribbons as seen in the below images.

They correspond to the unused frames above that also are accessible from EKAKI. They read as follows:

There's quite a bunch of them in here. Use the Action Replay codes below to see them for Wario's respective forms ingame.

Cosmic Wario standing in triumph as the reflection on his helmet shines.

Genius Wario looking down at something while his lab coat blows by the wind.

Wario talking while in his genius form. He never does this in any other forms besides his Thief one, as he just changes back to Thief Wario whenever a cutscene starts.

Thief Wario either kneeling down in defeat, or bowing to someone.

Wicked Wario in a strange pose. It looks a lot like the first frame of Thief Wario's laughing sprite.

Wicked Wario ducking with his wings out.

These unused arrow graphics are loaded during the opening and ending cutscenes. Possibly some sort of fast forward option were being planned? They are easiest to see in the ENDINGDEMO3 screen.

The nose-like creature from the unused minigame W59_09_01 has unused animations for dancing on stage and winning. The only way to see them is to modify the unused minigame's setup pointer address and replace it with the setup from Roach Smash.

The codes don't make the unused minigame fully playable, it just makes some of the animations of the nose creature possible to see.

A number of tracks are unused in the game. For the SSEQ music, use these codes to listen to them in the game.

Replace the XXs with the values that correspond to the below tracks:

A piece of music intended to be used in the second episode. Internal filename is BGM_WORLD02B.

An early version of the final Wishstone music. Internal filename is BGM_CHARA_ETC01.

These streams remain inside the ROM, but are unused. They can be heard ingame by using the codes below.

Replace XX with the values that correspond to the below tracks:

Sounds like a jingle that would have played in the scene where Wario demonstrates his Telmet, but is never used. Internal filename is STR_OP_03B.

Perhaps an game over jingle. For whatever reason, it ended up being unused. Internal filename is STR_GAMEOVER.

A whole load of unused sound effects has been left in the game as well. The sounds are categorized by the folder they are located at in the ROM. They can be listened to ingame by using the below Action Replay code to replace all the sound effects with the value specified by 120683AC at the end of the code (EU only atm.):

The SFX_SYSTEM folder has a few unused sound effects, the four last ones supposedly being for some kind of scrapped mission mode:

The same piece of sound as the one at 06, but in reverse.

In the SFX_ACT_WARI folder, a number of unused voice samples for Wario can be found:

By using the Debug Menu codes, various unused levels, minigames, and screens can be found. The names for the levels here are derived from the Debug Menu. 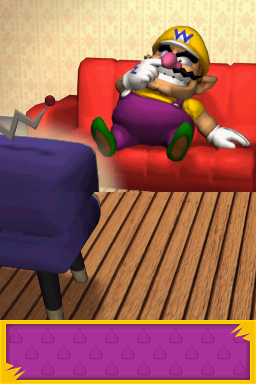 STAFFROLL01: A unfinished staff roll screen with Wario sitting on his sofa watching TV. This screen never appears in the final game. 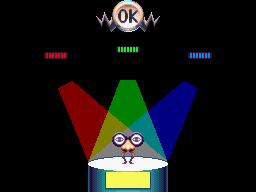 W59_09_01: A minigame with a nose wearing glasses standing on a platform. The goal of this minigame could have been that the player would touch the arrows with the stylus (the arrow graphics are not visible for some reason), changing the color of the lights. The player would then tap the "OK" icon and the creature would start performing.

There's unused animations of the creature dancing and hopping in place. It's unknown what the win and lose conditions would be due to the unfinished nature of the minigame. 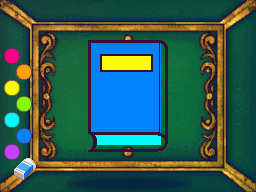 W50_01_02: Unused Paint Picture minigame. Unlike the above unused minigame, this one is actually playable. 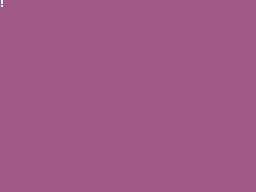 FLAG SHOP: Blanked out, with a single “!” in the top left corner. While it is unknown what this screen was used for due to the code having been removed, it's possible this screen would have let developers set flags that change things in the game, like progress, treasures obtained, and maybe even more debugging functions. 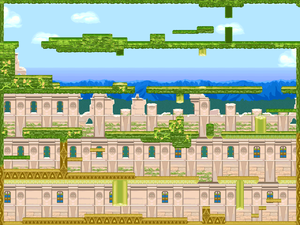 MAP256: An unused level with graphics not used anywhere else. Only the view can be moved around. This level is unplayable in its current state. Trying to make it playable via hacking only makes the level layout become a garbled mess.

The area normally crashes when trying to select it in the Debug Menu. Using any of the below codes fixes it. 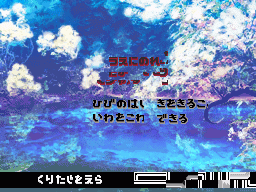 EKAKI: Maybe a screen used for promoting the game. Some Japanese symbol graphics which scrolls at the bottom are glitched for some reason. 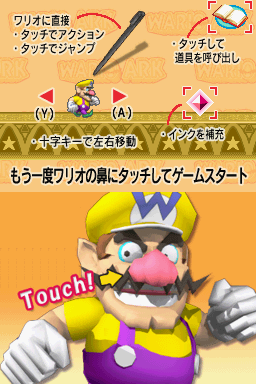 TITLE: Early title screen with an earlier model of Wario. Touching the blinking nose makes the top screen switch to a screen explaining how to move Wario, using the stylus in gameplay and such. 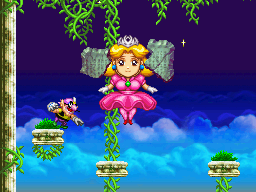 W10_03_08: The room used for the cutscenes and the final (and easy) phase of the Terrormisu boss, with a few differences; located in the upper left part of the room is Terrormisu along with two Wishstone pieces. At the bottom left part of the room is the door that looks like it can be entered. Even if the player has the Crimson Gem the door still won't open. The door always appear in front of Wario. 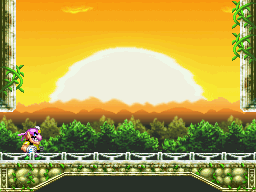 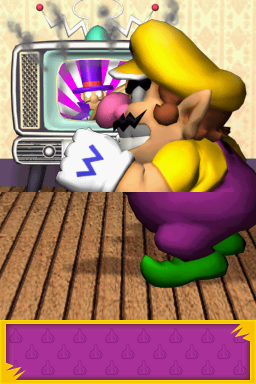 W00_01_45: Unused scene of Wario in front of his TV, with smoke coming out of the screen. This screen comes after W00_01_44, so this would likely have followed the previous scene. In the final version the screens simply fade to black with a "The End" graphic followed next by the Staff Credits, so this screen is never used.

The upper screen for this scene does exist, but selecting it from the Debug Menu in retail versions will freeze the game. It doesn't freeze in the US Kiosk demo though. For retail versions, the below codes fixes the X00_01_45 entry in SUB.

Using another code will replace the BINDER_DUMMY entry in the DS section with the above unused scene. 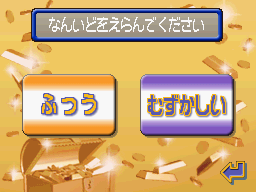 SAVE FILE DIFFICULTY: An unused screen for setting the chosen file's difficulty level. The purple icon represents the harder difficulty. Although the icon bounches when touched, it has no apparent effect on neither difficulty or gameplay.

The title screen music has lyrics in the Japanese version.

In The US version, The Typing system lets you draw a letter with the Stylus. But in the European version it is replaced with a keyboard. (Possibly to suit the extra languages in this version)